Wild life not doomed, still time to save it 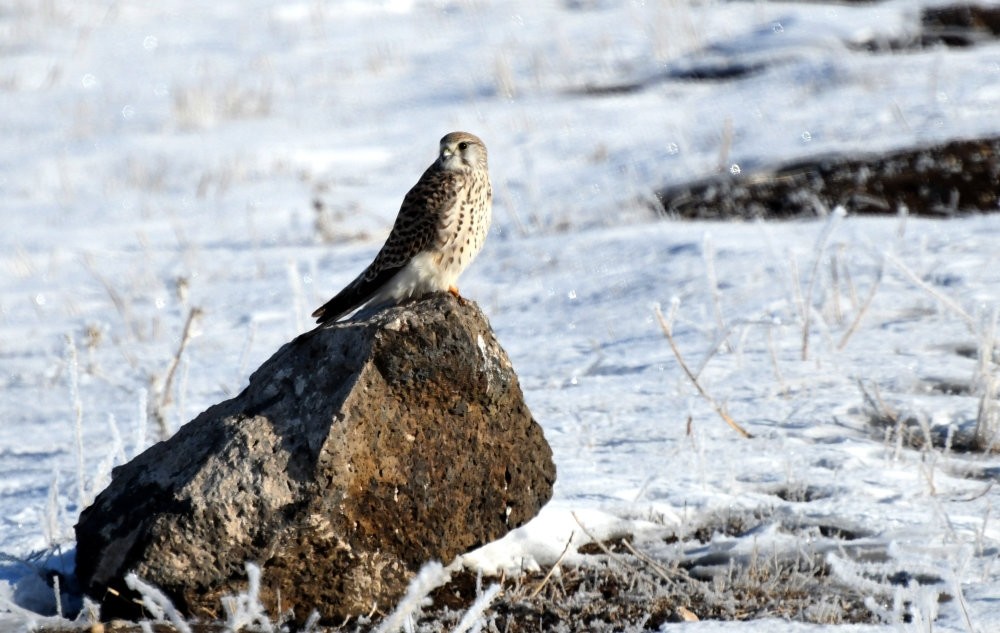 Over the last 40 years, wild life population has decreased by half, but there is still time to save them by protecting nature and their natural habitats

According to World Wildlife Fund (WWF) Turkey's 2015 data, the number of the wild animals, including mammals, reptiles, birds, amphibians and fish, has decreased by half in the last 40 years.

According to the WWF's findings, people have increasingly infringed on the habitats of animals with industrialization, which leads to environmental pollution, irregular urbanization and transportation networks, such as highways, railways, ports and airports. On this unique planet, there is no space left for animals to live or even hide.

Animals are often the victims of people and wild animal encounters.

Selected as the "The Rising Explorer of the Year" in 2011, associate professor Çağan Şekercioğlu, spoke to Anadolu Agency (AA) to explain the ways we can save endangered animals.

KuzeyDoğa Foundation President Şekercioğlu is the first biologist and the youngest person to receive the Special Award of the Scientific and Technological Research Council of Turkey (TUBITAK) and an academic at Utah and Koç Universities. He said there are 80,000 animal species in Turkey according to data with only one-third of them are known, and although there are many endangered species, more than 50,000 species have yet to be discovered.

He said wild plants have been catalogued better, and only one-third of the nearly 10,500 plant species in Turkey are endemic.

Implying that there are thousands of endangered species, Şekercioğlu continued: "For example, Turkey's endangered species include: Velvet scoters, Egyptian vultures, striped hyena, pseudophoxinus egridiri, leopards, steppe eagles, wild goats, white-headed ducks, Apollo butterflies, craugastor tauruses, European turtle doves, marble polecats, Bendimahi lizards, bald ibises, mountain gazelles, sociable lapwings, Mediterranean monk seals, Vipera kaznakovi and Istanbul decticus verrucivorus, which was discovered in 2015 and is found only in an area of roughly 5 percent of Istanbul's acreage. Four freshwater species are now extinct. Some 396 species are globally endangered, and 127 species are about to become endangered. There is no information about the condition of thousands of animal species, including insects and invertebrates. The condition of only 1,860 animal species out of 28,000 was evaluated. That is, the condition of 93 percent of them isn't clear yet. Four of these evaluated species are extinct, 286 of them are globally endangered and 104 species are threatened. This means 21 percent of the evaluated animal species are in bad shape."

Şekercioğlu said 712 plant species out of 10,500 were globally evaluated, and the condition of the other 94 percent is not clear. While 108 of these species are globally endangered, 23 species are on the brink as well.

Noting that 18 percent of plant species are considered threatened, he remarked: "Two of the 12,000 fungus species estimated to be found in Turkey were evaluated and are endangered. More than 100,000 fungi in Turkey haven't been identified yet, and we also don't know whether 95 percent of the known species are endangered or not. We need to increase biodiversity and ecological research by 20 times what we conduct now, and this means related institutions need 20-times more funding in their budgets. The acreage of the protected areas in our country is far below the world average. There isn't enough staff to protect the areas. Both the acreage of the protected areas at the level of International Union for Conservation of Nature (IUCN) I and II and the staff should be increased tenfold. It is up to us to save wild life."

He stressed that Turkey is one of the only countries in the world sitting on three out of the 35 biodiversity hotspots — the Mediterranean, the Caucasus and the Anatolia-Iran.

There are still have species waiting to be discovered

Noting Turkey is also rich in animal species, Şekercioğlu added: "We have a perfect richness, but most of the animal species are still waiting to be discovered. Nearly two-thirds of the 80,000 animal species that are estimated to live in Turkey haven't been discovered yet. We have more than 28,000 defined animal species — more than 22,000 of them are insects, more than 1,000 are spiders, 2,683 of them are marine invertebrates and 825 ones are gastropods. While more than 700 of the 1,600 vertebrates are fish, 483 of them are birds, 172 are mammalians and 165 reptiles, frogs and salamanders. One-third of the 11,000 plant species are only found in Turkey."Reminding that Turkey has the highest number of breeding bird species, he said: "Some 350 of the 483 bird species in Turkey breed in these lands. We're located where continents and migratory routes intersect. For instance, we have documented 288 bird species at Aras River Bird Paradise over the past 12 years. A total of 60 percent of Turkey's bird species are in Iğdır. We have proven that the birds that we followed via trackers and rings go and return from thousands of different countries spanning three continents. In our country, there are many wetland areas of global importance, but they aren't protected properly."

Şekercioğlu highlighted that one of the biggest problems Turkey faces is poaching, with an estimated 3 million active poachers roaming the wild.

Emphasizing that 7,020 people were fined a total of TL 5.5 million ($1.5 million) in 2017 for poaching, Şekercioğlu continued: "There are 687 hunters' associations and 227,606 licensed hunters, but it is estimated that the number of the poachers exceeds 3 million. There nearly 650 officers struggling against them. That is, there are 4,600 poachers for every officer. Social media has provided an easier way for the Ministry of Forestry and Water Affairs to snag poachers, who often publicly post pictures of their kills or hunting activity."

He implied that Turkish people have become more sensitive to illegal hunting in the recent years and made serious individual efforts to address the issue.

Explaining that individual reports of illegal hunting help the Directorate General for Nature Conservation and National Parks, Şekercioğlu said: "Hunting season has dropped from seven days to three in state and general game counties. However, some globally endangered species continue to be hunted. For example, every hunter can hunt five European turtle doves, but this species is actually endangered."

He also said the preferences and false information of hunters are often taken into consideration over the advice of biologists and wildlife experts when determining hunting limits, which leads to misinformation about species numbers and populations, and over hunting.

Addressing the fact that the actual number of kills each hunter makes is yet to be tracked by reliable scientific methods, he indicated: "Sometimes the number of animals to be hunted are determined according to the word of the hunters who usually say, 'This species' population has increased so much.' Different scientific methods, such as satellite tracking systems, camera traps and stool tests, are necessary to determine the actual number of wild animals. However, we need funds for these methods. For instance, the annual budget of the Fish and Wild Life Department, which researches wildlife in the U.S., is $3 billion. In our country, the 2018 budget for TUBITAK, which covers all scientific fields, is TL 3.2 billion."

He reported that the green areas in Turkey have decreased, and the amount of green area per person is 1 percent today, while it was 7 percent in the 1970s.

Making suggestions about erosion and desertification throughout Turkey, he continued: "Green areas should be protected instead of being zoned for construction. Planting should be given priority. According to the work of the foresters' foundation, there has been a seven-fold decrease in green areas in Istanbul since I was born."

Efforts to save wild life before it's too late

However in the last couple of years, there have been positive developments regarding wildlife in Turkey. For instance, Turkey's first wildlife protection corridor was established in 2012. This corridor was also afforested, and the ministry created a wildlife protection area covering 28,500 hectares, including the provinces Kars, Erzurum, Ardahan and Artvin.

Stating that the lack of greenery makes people unhappy, Şekercioğlu said: "A dark city with tall buildings, excessive consumption and anger awaits us, and unfortunately Turkey's contribution to global climate change is increasing as well. Due to coal and natural gas usage, Turkey's greenhouse gas production has tripled since 1990. Turkey needs to invest in alternative and green energy sources, such as wind, sun and geothermal."