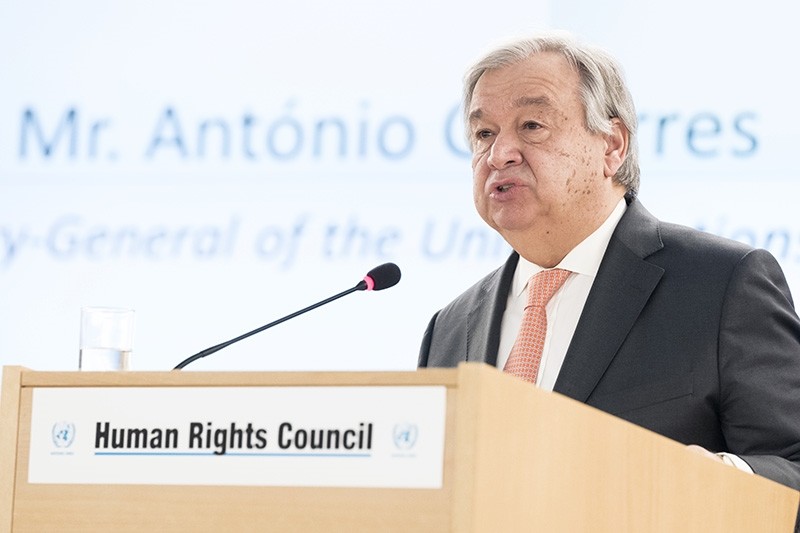 U.N. Secretary-General Antonio Guterres said "inequality and discrimination" against women harms everyone around the world, in a message to mark International Women's Day.

In his message on Wednesday, Guterres said that gender equality was a human rights issue, but it is also in the interest of men and boys, women and girls.

"Achieving gender equality and empowering women and girls is the unfinished business of our time, and the greatest human rights challenge in our world," the secretary-general said.

According to Guterres, more than a billion women around the world lack legal protection against domestic sexual violence. "The global gender pay gap is 23 percent, rising to 40 percent in rural areas, and the unpaid work done by many women goes unrecognized," he said.

"We now know that sexual harassment and abuse have been thriving in workplaces, public spaces and private homes, in countries that pride themselves on their record of gender equality," said the U.N. chief.

"I am totally committed to zero tolerance of sexual harassment and have set out plans to improve reporting and accountability."

"We are working closely with countries around the world to prevent and address sexual exploitation and abuse by staff in peacekeeping missions, and to support victims," he added.

International Women's Day is celebrated on March 8 every year.