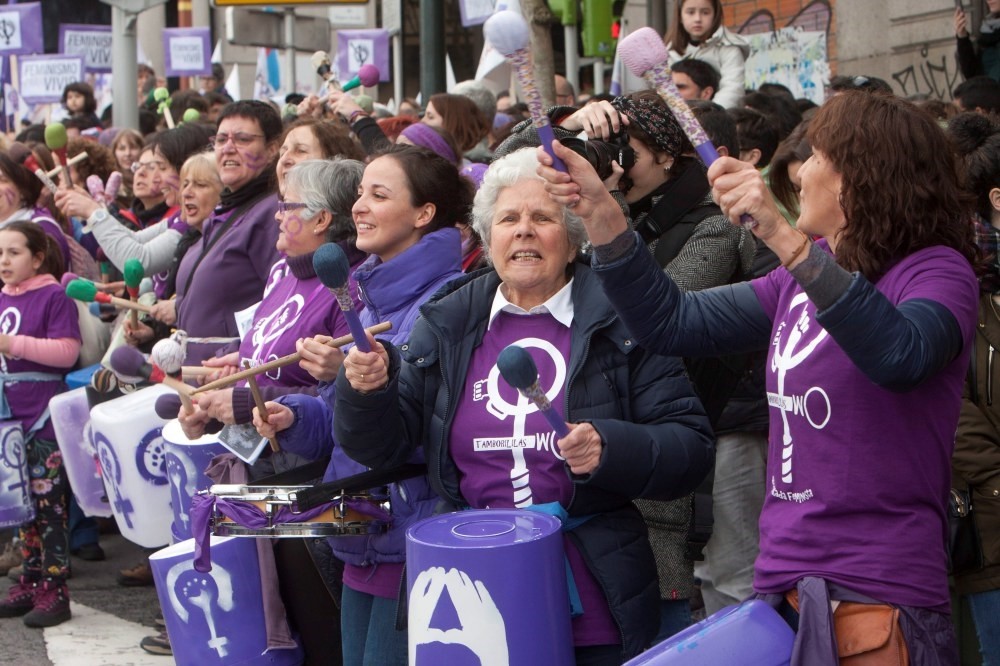 According to the March 8 Commission formed by feminist groups, Spanish women are getting ready to raise their voices against violence, abuse and wage inequality by taking to the streets on March 8.

According to their statement, women want to draw attention to the fact that more women are being victimized by male violence every day, and more than 1,000 women have been killed in the past 14 years. They added that women plan to expose sexual harassment in workplaces, the streets and entertainment venues.

Migrant women are more defenseless against sexual harassment as they are afraid they will be taken into custody.

While wage inequality is nearly 23 percent, and directors are generally men. Women mostly work in seasonal or part-time jobs and they have fewer job opportunities.

The March 8 Commission, which called on working women not to go to work, advised housewives to not drive their children to school, do laundry, iron, cook or take care of their grandchildren on Women's Day.

They also want women to only spend money on necessities such as water, electricity, transportation, communication and food and not buy anything from places where women work in difficult conditions.

The commission also said that students should not go to school. If they have an exam, they should point out that they have the right to go on strike, and that they should draw attention to the condition of women by protesting.