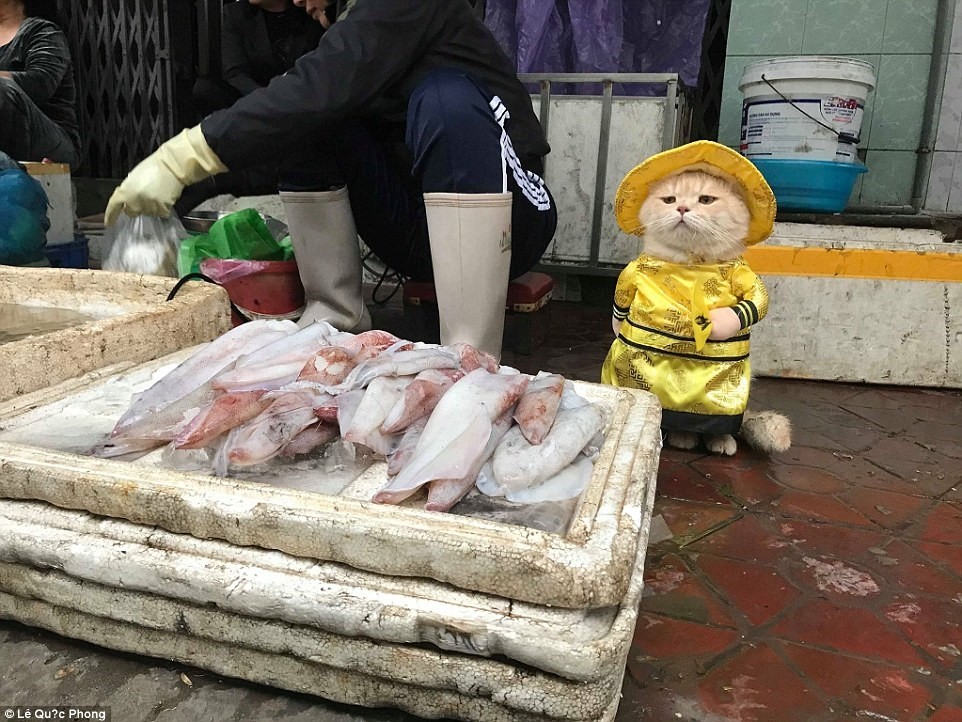 A cat helping out his owner at a local market in Vietnam has quickly risen to fame, and one can clearly see why!

An adorable cat has become the latest social media sensation in Vietnam, China and Thailand after he was spotted in a local market in Vietnam wearing an array of cute costumes.

Dressed in his yellow fishmonger costume most of the time, this cat helps his 25-year-old owner Le Quoc Phong sell seafood at their stand at the Hai Phong market in northern Vietnam.

Chó has around 30 costumes, including a Chinese emperor robe, a Minion costume and many trendy hoodies. His tiny glasses collection is also very impressive. 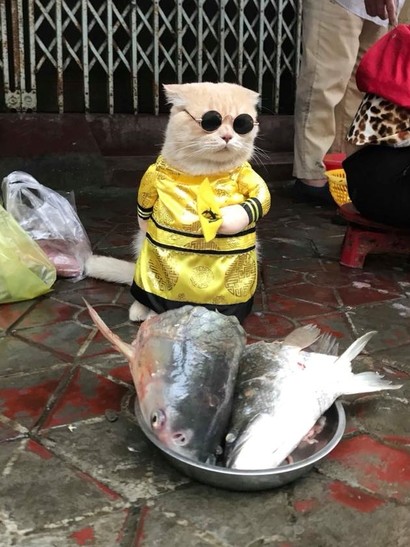 The three-year-old Scottish fold enjoys the company of people, likes posing for pictures and is quite cooperative when wearing all his costumes, his owner said.

The cat's owner says he named him Chó which means "Dog" in English, as the stylish feline has a more dog-like personality.

"'Dog' loves ice cream, traveling and sleeping," Le said, adding that he's quite the ladies' man and probably has over 200 kittens across the country.

Chó even has his very own Facebook fan page where he showcases all of his stylish looks and cute costumes. The page has already racked up 150,000 followers.