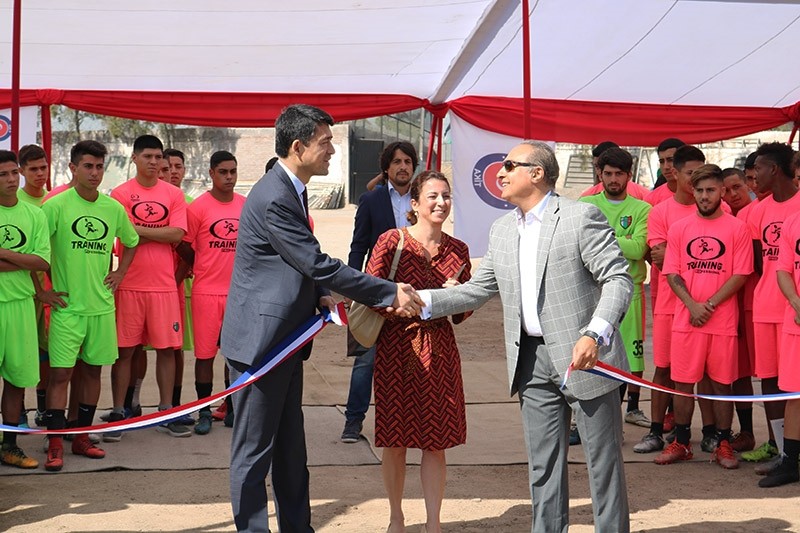 The Turkish state development aid agency recently helped improve a nursing home in Chile and also provided pitches to a football club founded by Palestinians, the agency said on Sunday.

The Turkish Cooperation and Coordination Agency (TIKA) said in a written statement that they built two grass pitches for Deportivo Palestino, a club founded in 1920 by Palestinian immigrants, so the club players are able to train in better conditions.

Turkish Ambassador in Santiago Gülin Dinç said that they expect young people to train on these TIKA-built pitches and go on to international success.

Jorge Uauy, the club's chairman, thanked Turkey, saying the project helped to bring the Chilean and Turkish people closer together.

Separately, a nursing home for the Union Arabe de Beneficencia relief group, which has been serving elderly people for almost 20 years, had its capacity expanded with TIKA's help.

"The work shows the close bonds between Turkey and Palestine," Palestinian Ambassador in Santiago Imad Nabil Jadaa said at a ceremony unveiling the improved facility.

Jadaa said that there is no doubt that this friendship will continue and thanked Turkey in the name of Palestinians and all Arabs.

Separately, a TIKA group visited the St. Jorge Orthodox Church in the capital Santiago and evaluated its needs.

Santiago's As-Salam Mosque, the oldest mosque in Chile built in 1989, was also recently renovated by TIKA upon the request of President Recep Tayyip Erdoğan who visited the country in 2016.

The mosque's exterior wall, dining hall, and ablution facilities underwent renovation, as well as its roof and landscaping.