Is it spring yet? Celebrate the new season with festivals 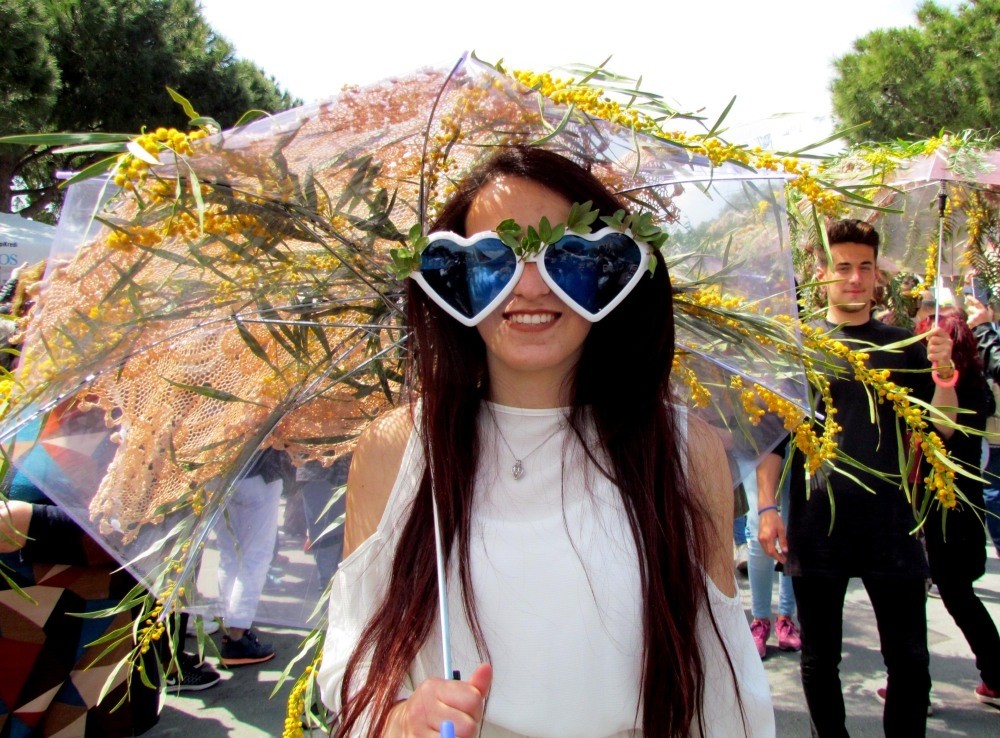 The cold days and long nights have finally come to an end. We can now enjoy our free time outdoors instead of being stuck inside our homes or crowded shopping malls. With the coming of spring, season-related festivals around Turkey have announced their schedules and programs offering something for everybody from 7 to 70.

Here is a compilation of wide range of spring festivals where you can enjoy nature and good fun:

Today marks Nevruz, an ancient Persian festival that welcomes spring and is widely observed in the country, as well as in Iran, Afghanistan, Central Asia and other countries in the region. Although the origins of this ancient tradition are a matter of historic debate, Nowruz, as it is called in Persian, means "new day," and is said to have its origins in Zoroastrianism, the pre-Islamic religion the Persian empires. According to Zoroastrianism, March 21 is considered the day of the earth's creation and, as the first day of spring, the first day of the new year.

During Nevruz celebrations, fires are lit and people jump over them to celebrate the coming of the new year. In Turkey, Nevruz is celebrated in almost every part of the country. 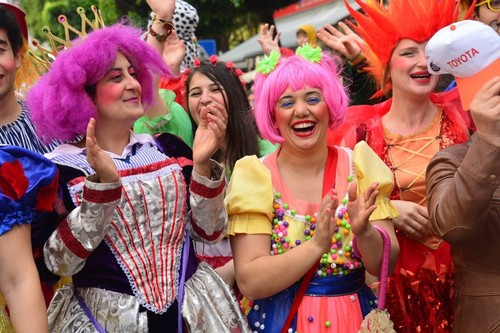 No doubt that the jewel of the Turkish Mediterranean is Antalya and April is the best month to visit. To celebrate the coming of spring and the orange blossoms, the Antalya Metropolitan Municipality has been holding the International Orange Blossom Carnival since 2012.

This year, the sixth edition of the festival will be held between April 5 and 8, however, the official opening ceremony will take place on April 7. Throughout the carnival, open-air concerts, street shows, exhibitions, city tours, kite festival and cultural events will be held around the city. Moreover, on April 8, the last day of the festival, the Cortege Costume Design Competition and Porta-Car Award Winning Car Design and Race Competition will be held. Those who designed the best carnival costume and car will be awarded by the carnival organizers. Moreover, a world record attempt will take a place as part of the festival and the participants will try to break the world record for the most crowded collective guitar play.

İzmir's holiday resort Alaçatı has made a splash with its herb festival, which started four years ago. This year, the ninth edition of the festival is scheduled to be held between April 6 and 8 with the main theme "Ivy / Asparagus."

The festival will host thousands of visitors this spring for what has become a tradition for horticulturists featuring competitions in herb collection and herb inoculation in one of the most popular activities across the country.

Visitors will get a chance to learn about local flavors, collect herbs and attend food workshops and nutritional seminars about the dietary benefits of wild herbs and plants.On the last day of the festival, the participants will get a chance to join or watch the "herb collection competition" and "herb cooking competition" at the Alaçatı Antic Theater.

After the success of Alaçatı's herb festival, Muğla's Bodrum, which is another holiday resort in southern Turkey, is organizing its own herb festival on March 24 and 25. While various recipes belonging to the region, which has been fallen into oblivion, will be brought to life, the participants will also get a chance to learn more about the endemic plants of Bodrum and how they can be used in the kitchen.

Throughout the festival, the participants will also be able to purchase organic products such as milk, cheese, olive oil and soap that are produce by the locals. Apart from the culinary products, traditional Bodrum textile and attire will be promoted to the tourists. For further information on the festival, you can visit the official webpage of the festival www.aciotfestivali.com.

Believe it or not, Manisa's famous Mesir Paste Festival will be held for the 478th time this year. Turkey's second-oldest festival is also recognized by the UNESCO list of Intangible Cultural Heritage.

Mesir, a sweet paste believed to have therapeutic effects, is cooked by tons and distributed to thousands of the people who gather in Manisa every year for the festival.

The handout of mesir is a culmination of the weeklong festival, observed with concerts, exhibitions and several public events as probably the most anticipated time of the festival to celebrate the paste.

Mesir owes its fame to an Ottoman sultan and a local physician. Ayşe Hafsa Sultan, the mother of Süleyman the Magnificent, contacted Merkez Efendi when she caught an incurable disease. Merkez Efendi, who was working as a custodian at Sultan Mosque in Manisa as well as a physician, went on to prepare the fabled paste with 41 different spices and managed to heal the queen. She was so pleased with finding the treatment that she ordered the paste be delivered for free to the public, a tradition that in time, which evolved into a festival.

If you want to be a part of this rooted and joyful festival, visit Manisa between April 24 and 29. 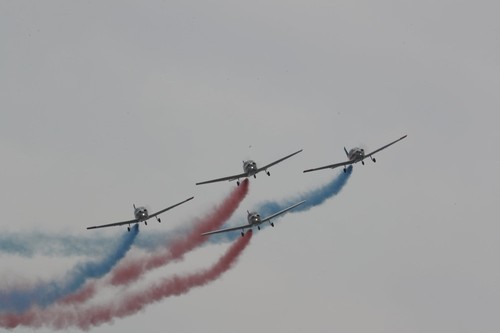 Antalya's skies are getting ready for a two-day air show that aims to take participants' breath away. The show will be open for trade purposes between April 25 to 27 and then open to the public on April 28 and 29. Organized under the auspices of the presidency of the Turkish Republic, with the support and collaboration of significant public institutions and organizations, such as the Turkish Armed Forces (TSK) General Staff, the Ministry of Foreign Affairs, the Ministry of National Defense, the Ministry of Transport, Maritime Affairs and Communication, the Undersecretariat for Defense Industries (SSM), the General Directorate of State Airports Operations, the General Directorate of Civil Aviation and Turkish Airlines (THY), the Eurasia Airshow is Turkey's biggest aviation event based on show.

Throughout the public event, the pilots will try to break world records and an acrobatics show will take place in the air. The tickets for the Eurasia Airshow are on sale on biletix.com.

For Turks, Balkan nations and the Roma people, the coming of spring needs a proper celebration. Hıdırellez, also known as Ederlezi, marks the arrival of spring and is celebrated with bonfires and lots of dance.

Edirne, home to a large Roma community, welcomes this sweet season in its Kakava district. A huge Roma community as well as tourists gather in Kakava and dance all night around the bonfire. When the sun rises, people flock to the Tunca River where they washed their face in the river "for prosperity and health." They then proceed to leave candles on the river after making wishes and tying ribbons to a wish tree. Hundreds also wash their possessions, from clothes to shoes, in the river in the hope that the water from the river will bring good fortune to them.

The Kakava Festival, which is scheduled to take place on May 5 and 6, is also a part of UNESCO's Tentative World Heritage List.