Sinop family lights the way for sailors for six generations 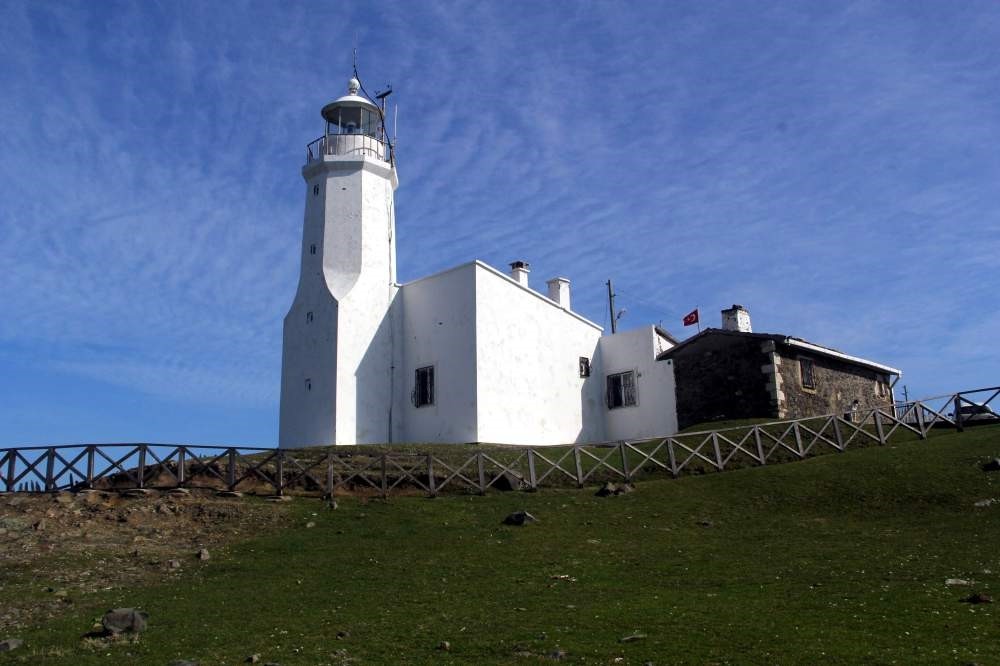 A 155-year-old lighthouse continues to guide sailors off nceburun Peninsula in Sinop, the northernmost point of Anatolia.

İnceburun Lighthouse built in 1863 on the cliffs of the northernmost point of Anatolia used to run on oil but now runs on electricity. Winking at ships in the dark of night, İnceburun Lighthouse has been operated by the Çilesiz family for six generations, since it gave first light.

The 12-meter-tall lighthouse is 38 meters above sea level and is a favorite in Sinop.

Ahmet Çilesiz said the job of looking after in the lighthouse has been passed down from father to son in his family, adding that İnceburun Lighthouse is one of the rare lighthouses still operated manually.

It has cultural and historical significance, as well. Ahmet Çilesiz said his brother Erol continues the family business, which started with Şaban Efendi in 1863, as the sixth-generation at the lighthouse. Recalling that in the early days the lighthouse ran on oil and was then converted to acetylene gas, Çilesiz said it now runs on electricity. "In the past, not lighting the lighthouse for an hour led to deaths. The lighthouse was much more important in those times," Çilesiz said. "Now, we have photocells. It automatically switches on at night and turns off at dawn, so we are the last keepers of the lighthouse."

Explaining that the lighthouse attracts tourists, Çilesiz said many local and foreign visitors come to see it.

Tourism professional Ahmet Tahtacı said İnceburun Lighthouse is a popular spot for visitors throughout the year, pointing to its importance and noting that it is also known as the "Cape of Hope."

Tahtacı said sailors caught in storms on the Black Sea used to look forward to seeing the light of the lighthouse, thus İnceburun came to be known as the Cape of Hope.

"This is a very important lighthouse with a historical value. People want to see it. The seafarers who saw it were relieved. They could dock in Sinop to wait out storms," Tahtacı said. "It has historical and natural beauty, so local and foreign tourists show special interest. We host tourists every season of the year."

Those who have come to see İnceburun Lighthouse said they also enjoyed the opportunity to be at the northernmost point of Turkey.