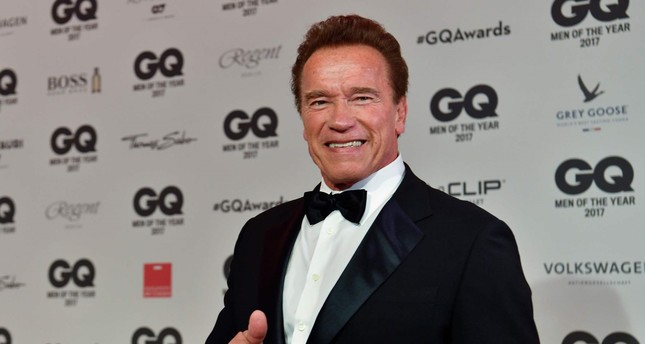 The 70-year-old actor turned activist was in a Los Angeles hospital Thursday to have a catheter valve replaced and developed complications, the gossip portal said, citing unnamed Schwarzenegger sources.

Schwarzenegger, a former Mr Universe, underwent non-urgent heart surgery 21 years ago to have an aortic valve replaced, due to a condition he said was congenital and nothing to do with steroids.

He revealed in his book "Total Recall: My Unbelievably True Life Story" that he initially kept that first operation a secret from his wife, Maria Shriver, by telling her he was on vacation in Mexico.

In an interview with CBS's "60 Minutes" he said his doctor told him he was "crazy" when he said he planned to keep the operation quiet from Shriver.

"He said 'your wife is pregnant, what do you mean you are not going to tell her?'" Schwarzenegger recalled.

"I told him: 'Here is the plan, I am going to have the heart surgery, you do it quietly, no one knows about it, we do it at six in the morning. Four days later I am out of here and I go to Mexico and I will tell Maria I am down here, a little busy and I am on vacation, when I come back I'll be tanned and no one will know'."

The Austrian-born former bodybuilder was voted in as governor of California in a historic 2003 recall vote -- but proved the win was no fluke by routing opponent Phil Angelides to get re-elected.

AFP reached out to his agent but there was no immediate response.

Share on Facebook Share on Twitter
Previous in Life A squirrel named Karamel, which was caught in a trap set for wild... Next in Life Loud Steps, a mobile application developed by Turkish engineers that...
DAILY SABAH RECOMMENDS