Turkish squirrel to become world’s first to get prosthetic limb 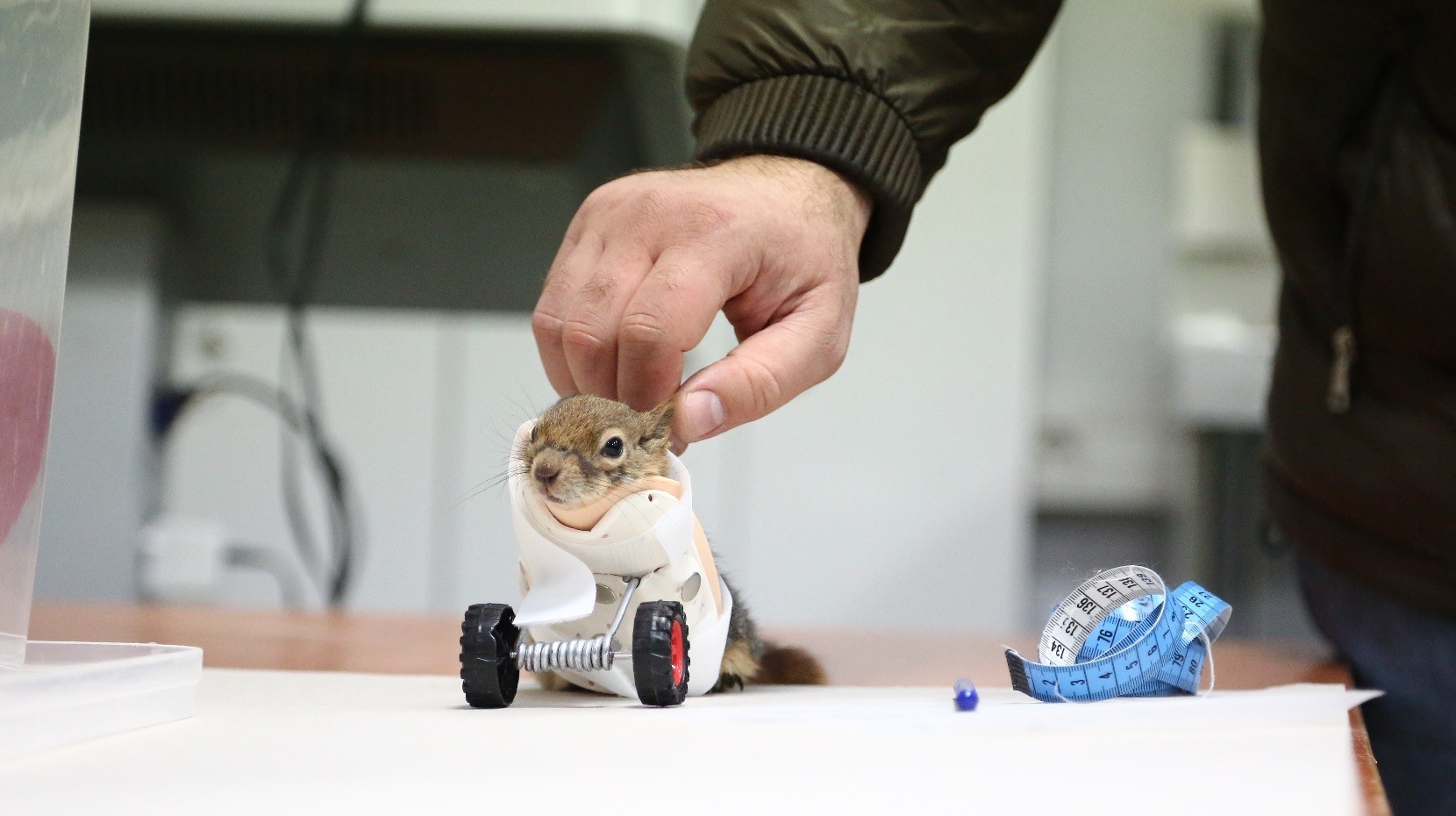 A squirrel named Karamel, which was caught in a trap set for wild animals in Batman, lost its arms after a series of surgeries. However, Karamel is about to have a new pair of arms thanks to the initiative of an animal loving computer engineer and Istanbul Aydın University. The prosthetic arms for the squirrel will be a first of its kind.

Demir has a pet squirrel that he adopted after rescuing it. Demir said squirrels are the main targets of amateur hunters, although it is legally forbidden, and their chance of living is next to nothing if they are crippled. Living with a squirrel for years, Demir has grown close to squirrels and decided to do something about Karamel the Squirrel after hearing its story.

After being rescued from the wild animal trap, Karamel went through a six-hour-long surgery before going through a second serious operation. Although Karamel was in great pain, it managed to recover and is now able to feed itself.

Once the prosthetics are positioned, Karamel will be the first squirrel in the world with two bionic arms.