Indian baby found dead after being snatched by monkey 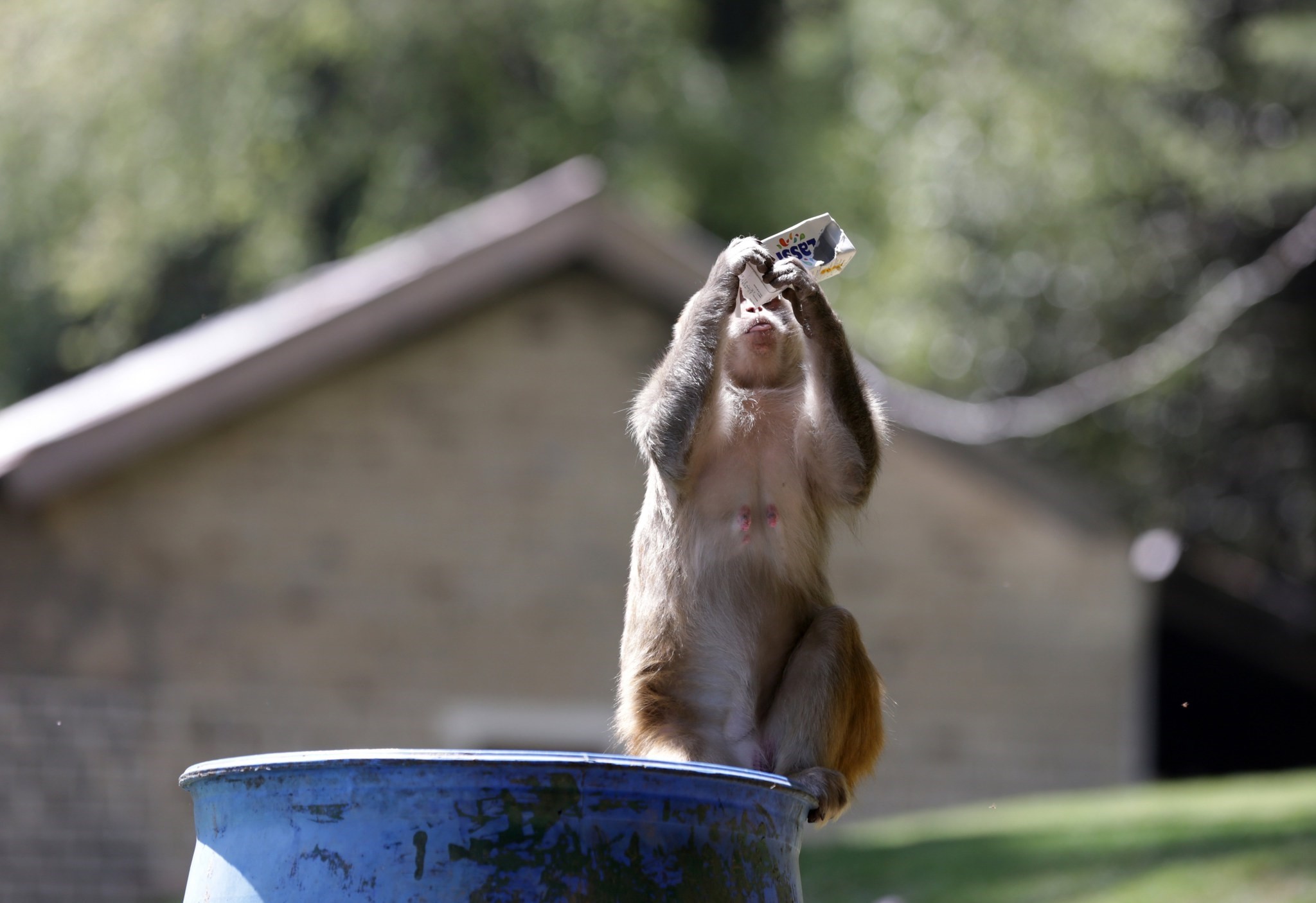 A monkey sips on drops pf legtover soft drink as it searches for eatables in a dustbin at the tourist destination Khajjiar in Chamba (EPA Photo)
by Apr 02, 2018 12:00 am

A newborn who was snatched by a monkey from his mother's side in an Indian village at the weekend was found dead in a well near the house, police said Monday.

Scores of police and forestry officials, assisted by 2,000 locals, searched for the 15-day-old baby since he went missing from the village of Talabasta in Orissa state on Saturday.

"The baby was sleeping next to its mother when the monkey allegedly carried him away. His mother immediately raised cries for help but the creature fled with the baby and disappeared from her view," police officer PC Pradhan said.

Family members spotted the body in a well on Sunday.

"We have registered a case of unnatural death and are getting an autopsy done. There are bruises on the child's left hand. The baby might have slipped from the clutches of the monkey, and died after falling into the well."

Angry villagers and family members staged protests outside the forestry department demanding measures to contain the growing monkey population in the region.

"There is a big monkey menace in the area. They snatch eatables from passers-by or troop into homes, open fridges and steal food items. Right at this time, there are 20-25 monkeys sitting on the roof of my office," Pradhan said.

Monkeys are a long-standing problem in Indian towns and cities. Animal protection activists say depleting forest and the natural cover has forced the primates to move into human habitations and forage for food.