Sezar, the most beautiful Van cat, owes its fluffiness to good care 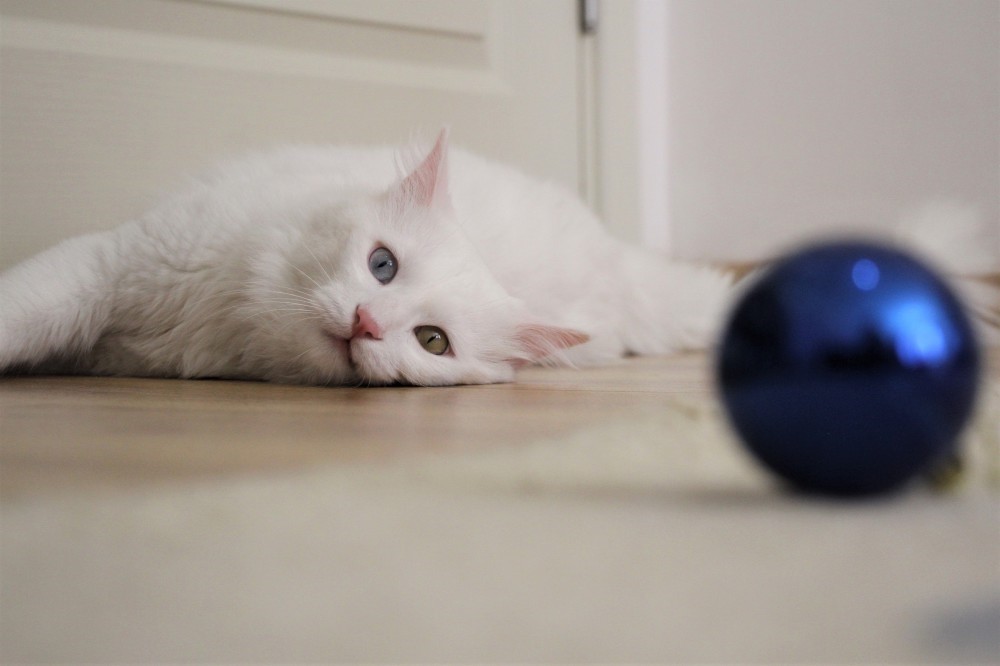 Sezar, the Van cat that won the Van Cat Beauty Contest recently, had a hard life, but that all changed when an English teacher adopted him

Yasemin Özdemir, an English teacher in Van province, had her life change after finding an injured cat at a construction site five months ago.Despite having her own work to contend with, she took in the Van cat and nursed her back to health and the pair has been inseparable ever since.

Nowadays Sezar (Caesar), the furry feline, is the proud winner of the Van Cat Beauty Contest 2018.

Sezar won the competition, which was held on April 2, as the purest specimen of her breed's characteristics.

Özdemir brought Sezar for treatment after she found her at a construction in an exhausted situation with one of his legs broken. He has been grooming, feeding and taking care of Sezar every day since she decided to adopt her. This cat differs from other breeds because of its different colored eyes, white fur and warm personality.

Mrs. Özdemir decided to bring Sezar to the Van Cat Beauty Contest, where 14 cats competed to get the approval of three judges.

In the end, Sezar was chosen as the most beautiful cat in the city.

Speaking to Anadolu Agency (AA), Mrs. Özdemir said that one of her friends saw a kitten in a construction site and informed her about it

'I plan everything for two' 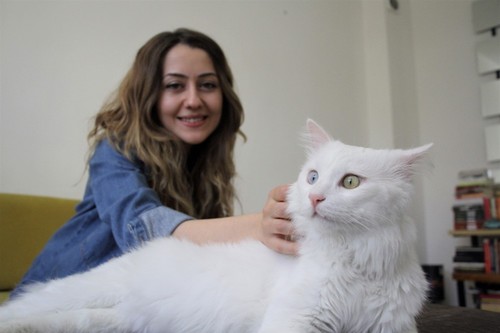 Mrs. Özdemir said she first brought Sezar to a vet for treatment. "Getting used to him was a little bit long and difficult. I thought about leaving her to her natural environment. Then, I got used to him with the help of the vet. I adopted him and he got used to me, as well. I plan everything for both of us. When I go on a holiday, I can't go without him," she said.

"He is like my child and makes me peaceful. He was dirty and hurt when I first adopted him. However, he is the most beautiful cat in Van now. I think he also feels this situation. I felt what a mother feels when she hears her child wins a scholarship to a university when Sezar won the beauty contest. I was moved to tears. It was really beautiful and innocent feeling," she added.

Expressing that everyone should have a friend like Sezar in their houses, she said, "Even if we can't make anything for stray animals, we should leave some food and water in front of our doors. We should look after them."

Popular for its friendly demeanor, silk fur and mismatched-colored eyes, the breed of Turkish Van was once one of the endangered animals of Turkey. Due to wrong practices in breeding, the Van cats' distinctive features were on the verge of being lost.

Founded by Yüzüncü Yıl University to protect Van cats, the Van Cat Research and Application Center is close to saving the precious felines from extinction.

The Van cat is one of the rare animals not to be hybridized. To protect the breed, the center was founded in the 1990s.

Since then, the center has conducted research projects to facilitate the continuity and purity of the Van cat breed. And recently, successful studies have managed to produce positive results.

The center has been breeding new kittens, and has banned people from taking the cats out of the province. Through their studies, the center has achieved an increase in the number of cats with one amber-green eye and one blue eye. The scientists took the cats that had mismatched eye colors into captivity and gave those with the same-color to their caretakers, aiming to continue the pure breed of Van cats.