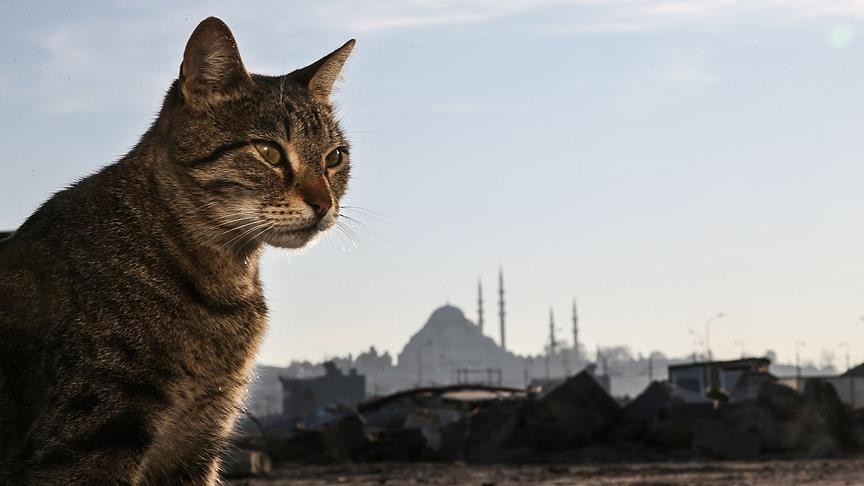 With its architectural magnificence, touristic spots and cultural wonders, Istanbul is one of the most popular travel destinations in the world. Apart from being home to millions of people, the city of Istanbul is also home to hundreds of thousands of stray cats.

The stray cats of Istanbul, which you can come across on every street in every district of Istanbul, are taken care by the locals, shopkeepers and even by tourists.Animal lovers show great affection to their four-legged friends, often giving them names. It is a common sight in Istanbul to see cats who love their freedom in the streets in front of shops, resting on the banks and looking for a piece of food.

"Kubbe" [Dome] in Fatih is famous for its cats. Shopkeeper Hüseyin Çoşkun said the cats in Fatih are friendlier than the people.

Explaining that the cats get along with people in the most adorable way possible, Çoşkun said: "When I first came here, the first thing that I realized was the enormous number of stray cats in the neighborhood. When people see us taking care of the cats they tell us that cats are our visitors. But in fact, cats own this neighborhood and we are the visitors because they were already here when we first came." Çoşkun described the stray cats as "the ornaments of Istanbul" and said Istanbul cannot be the same without its cats.

Faruk Akkuş, who owns a shop in the historic district of Beyoğlu, said the shopkeepers in the neighborhood not only give cat food to the cats but also share their own meals. He said Şişko (Fatty) the Cat, which he feeds in front of his shop, attracts the attention of tourists as well.

"Şişko comes early, long before I open the shop and waits for me next to the door. When I open the door, he walks into the shop, cleans himself, eats his food and rests for a while. Around noon, he wakes up and strolls around until the time we close the shop. He usually sleeps all day. As far as we know, he is 18 years old and he is one of the oldest residents of the neighborhood. Everybody knows Şişko and he knows everybody. He walks in and out each and every shop around here", said Akkuş. Berkant Kaya, who runs a music shop in Taksim, feeds and takes care of two stray cats named Domino and Ponçik.

"Some customers come in just because I have two cats in the store. Domino and Ponçik are our biggest customer attraction."

Kaya continued: "These cats are not like the house cats in Europe. They are free: They can come and go as they please. They are no strings attached. No one disturbs them and they sleep, rest and eat wherever they like."