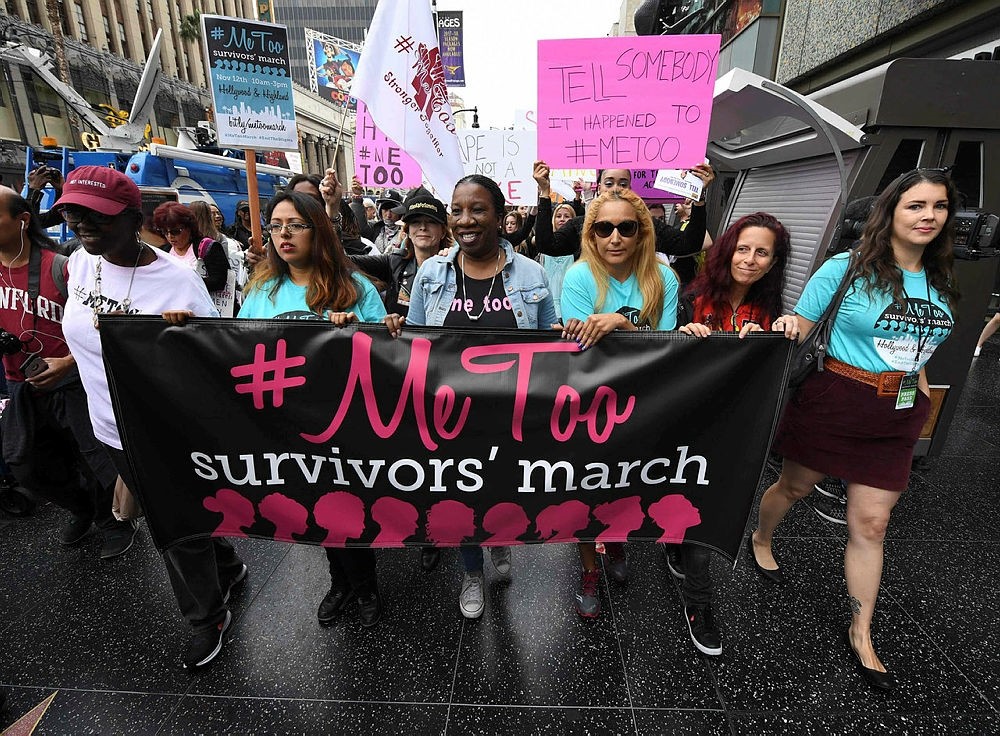 The New York Times and The New Yorker won the Pulitzer Prize for public service on Monday for explosive reporting that brought down Harvey Weinstein and spawned a cultural watershed on the issue of sexual harassment.

The prestigious prize was awarded to the Times team led by Jodi Kantor and Megan Twohey and New Yorker contributor Ronan Farrow, for reports that ruined the career of the Hollywood mogul and sparked an avalanche of accusations against other powerful men.

Since the Times and New Yorker articles last October, more than 100 women have publicly accused the producer of misconduct ranging from sexual harassment to rape, sparking the #MeToo movement that has gone global.

Weinstein's wife left him and police opened criminal investigations in London, Los Angeles and New York. The 66-year-old has been hit by a litany of civil lawsuits that stand to see him financially ruined.

Dana Canedy, the Pulitzer administrator, said their work "exposed powerful and wealthy sexual predators, including allegations against one of Hollywood's most influential producers, bringing them to account for long-suppressed claims of coercion, brutality and victim silencing thus spurring a worldwide reckoning about sexual abuse of women."

The Washington Post won the Pulitzer in the investigative category for relentless reporting that influenced the outcome of the 2017 Senate race in Alabama, revealing Republican candidate Roy Moore's alleged past sexual harassment of teenage girls.

The New York Times and The Washington Post shared the Pulitzer in national reporting for coverage that furthered understanding of Russian interference in the 2016 election, and its connections to the Trump campaign, his transition team and administration, Canedy said.

Reuters won the 2018 prize in international reporting for coverage of Philippine President Rodrigo Duterte's war on drugs. Reuters also won in the feature photography category for its coverage of the Rohingya crisis.

"Winners uphold the highest purpose of a free and independent press even in the most trying of times," said Canedy.

"These courageous, inspiring and committed journalists and their news organizations are undaunted in their mission in support of the fourth estate.

"It is a mandate that has been under as seemingly relentless assault of late but that remains central to a healthy democracy," she added.