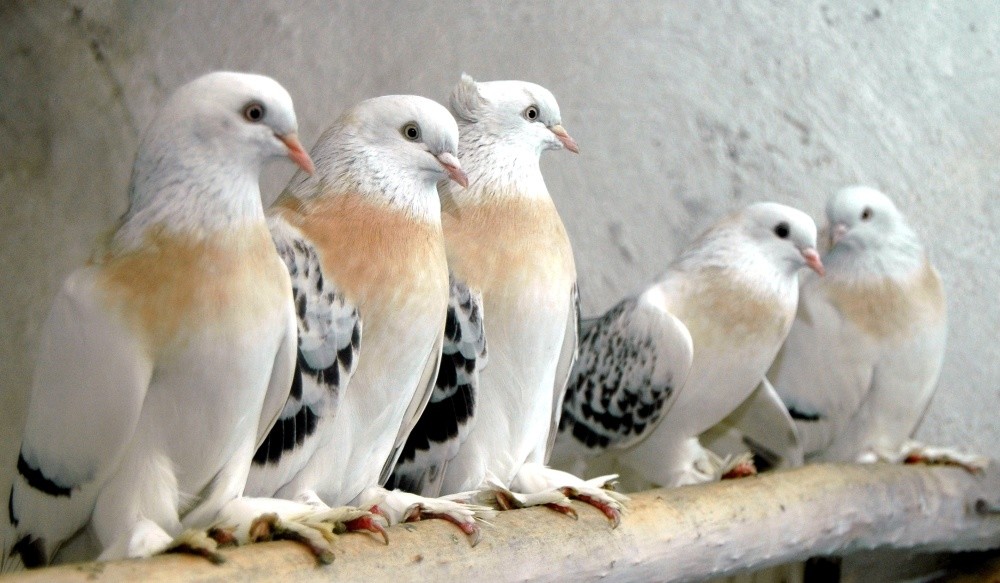 The festival's main goal is to increase the popularity of purebred Anatolian Şebap pigeons, a special species of tumbler pigeons known for their beauty, through promoting the breed to local and foreign enthusiasts.

As part of the festival, the most beautiful pigeons were evaluated and ranked according their appearance and bloodlines and awards were given to the owners of the most spectacular examples.

Noting 165 Şebap pigeons were submitted to compete in the festival this year, Özlü said more than 2,000 were brought to the market to be sold, as well.

Mentioning that people from Saudi Arabia, Italy and Germany also attended the festival, he continued: "Şebap pigeons are the 'models' of the bird world. It is a species prized for its physical features. We have 5,000 federation members in Turkey. Besides, they are raised in Saudi Arabia and Europe. This species has seven subgroups, as well. These are: Misli, Kürek Çakmaklı, Abalı Çakmaklı, Abalı Miski, Arap and Mavi Gök. They are scored according to 11 different features, such as their physical appearance, beaks, colors and the color of their eyes."

Arif Uzemir, who came from Germany for the festival, said: "The love of pigeons brought us here. I try to attend the festival every year."

Nail Tuğtekin, who came from İzmir province, continued: "It is a beautiful bird species. They are a great hobby for young people too. I suffer from high blood pressure mostly caused by stress. The birds were like a natural therapy and helped me get better. I am happy."