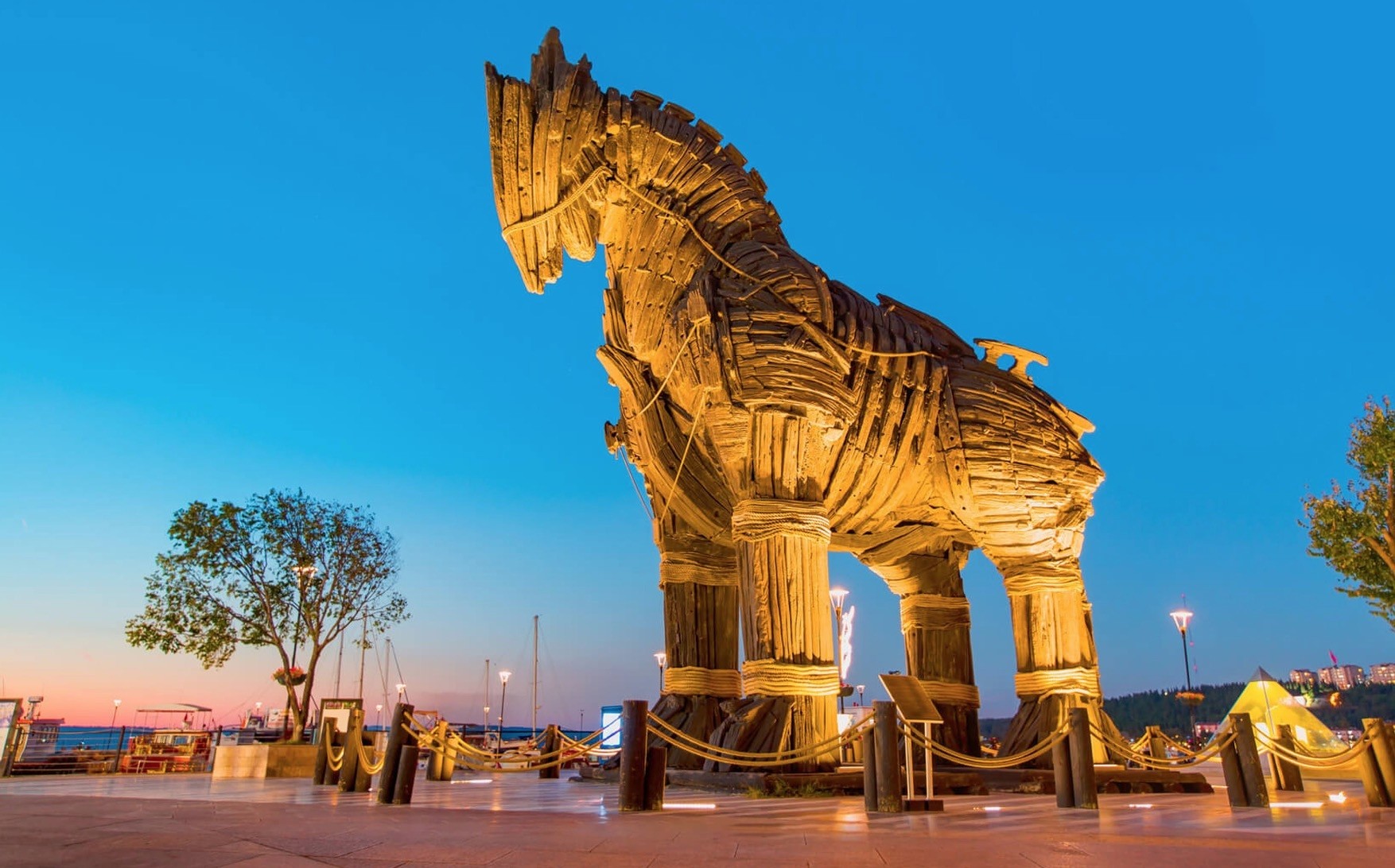 With 2018 declared the Year of Troy, Çanakkale province will host children's folk dance teams from Turkey and around the world on April 23, National Sovereignty and Children's Day

Hundreds of children from Turkey and around the world will gather in Çanakkale province for the International Troy Children's Folk Dance Festival on April 23 to celebrate National Sovereignty and Children's Day as part of the 2018 Year of Troy, announced and supported by the presidency, the Prime Ministry and the Culture and Tourism Ministry.

Announced as the Year of Troy and the European Year of Cultural Heritage, 2018 also marks the 20th anniversary of Troy's registration in UNESCO's World Heritage List. The international, cultural and touristic move to promote Troy, one of the world's most well-known sites, to the world as an ancient treasure in Anatolia was guided by the Culture and Tourism Ministry. Turkey and Çanakkale are aiming to become places where the world can be introduced to cultural, art, scientific and sports events and international collaborations.

The International Troy Children's Folk Dance Festival will be organized between April 20 and April 24 featuring performances by 20 guest dance teams from 19 countries in partnership with the Çanakkale Governorship and Çanakkale Folk Research Foundation's (ÇAFAD) Youth and Sports Club.

Hundreds of children from Azerbaijan, Macedonia, Ukraine, Albania, Bosnia-Herzegovina, Russia, Kyrgyzstan and Nepal and 10 Turkish teams from different cities will perform their local folk dances in Çanakkale within the context of the 2018 Year of Troy.

The festival will open with a large parade. During the three-day festival, 878 children will perform folk dances native to their countries. Children, trainers and participants from abroad will have the chance to learn about Troy, a place that represents rich Anatolian culture, peace, love and the culture of the region. Through this event, the foundations for long-lasting friendships based on love and respect between children of different cultures will be laid.

New tour routes have been established and cultural, art, scientific and sports events are planned as part of the 2018 Year of Troy under the auspices of the Culture and Tourism Ministry and the Çanakkale Governorship.

The event will be organized in thematic integrity, bringing together cultural heritage and tradition with sustainable and permanent effects. Many international events will be held throughout the city, such as: The Troy Cultural Route, the Troy Searches Symposium, Homer readings, a sailing competition, the Troy Horse Short Film Festival, a motorcycle rally and competitions, painting as well as photography exhibitions, music concerts and the Troy Snowdrop and Troy Plants Workshop.