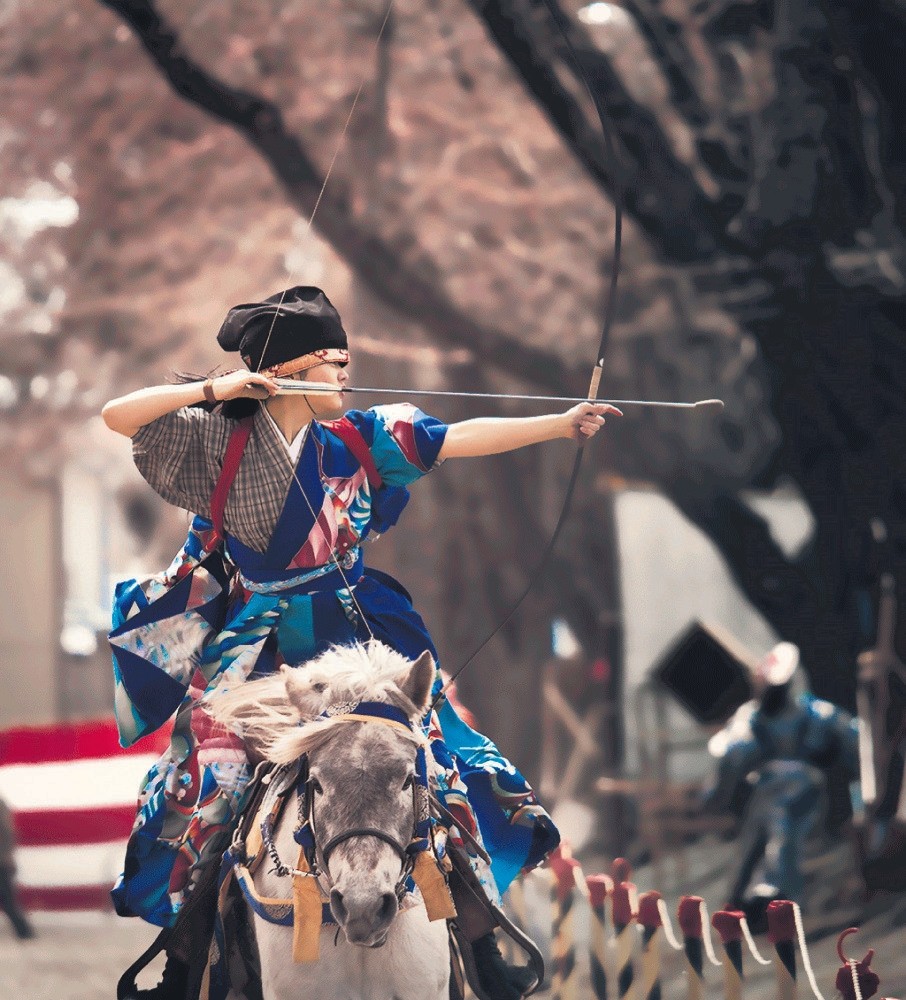 Aiming at three wooden targets, Japanese archers try to hit them with their turnip-headed arrows using yumi bows.
by daily sabah
May 09, 2018 12:00 am

For the third year running, the Ethnosports Culture Festival has broadened its efforts to sustain and teach traditional sports to the next generation.Opening today, the festival will continue for five days

The third Ethnosports Cultural Festival, which contributes to the popularization of Turkish traditional sports, will be held in Yenikapı square starting today and will continue until May 13. One of the biggest surprises of the festival - organized under the motto "At Binenin Kılıç Kuşananın," an idiom in Turkish meaning, "Every job belongs to the one who can do it best" - will be Japanese yabusame archers. These highly respected archers will present their most loved shows to the visitors of the festival. 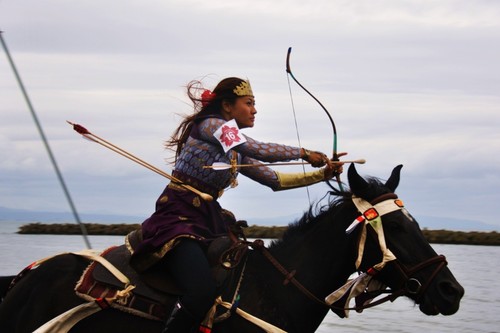 An extra special event has been schedule for this year's festival, which will also include aba wrestling, Mas-wrestling and Mangala. One of the most respected traditions of Japanese culture, yabusame archers have traveled to Turkey as part of the Ethnosports Cultural Festival.

The history of yabusame, where mounted archers shoot targets, dates back to 12th century Japan. Though both are forms of mounted archery, the world-famous yabusame tradition differs from traditional Turkish archery in form, rules and style.

Aiming at three wooden targets, the Japanese archers try to hit them with their turnip-headed arrows with their yumi bows. Yabusame is considered the trademark of traditional Japanese archery, the origin of which dates back centuries.

'Yabusame archers will meet our people'

World Ethnosports Confederation President Bilal Erdoğan said they try to promote traditional sports from around the world in the Ethnosports Cultural Festival.

"We noticed that other countries get excited when their local and national traditions are promoted too. There is no supremacy among cultures. Every culture is precious and deserves to be appreciated and seen. We think that this work is important. It sustains and prevents the disappearance of cultures that started to become overwhelmed in the 20th century when the dominance of Western culture took over. We want to bring together different cultures and people every year. One of our biggest surprises will be the yabusame sports this year," Erdoğan continued.

Implying that riding sports are one of the most important elements of the Ethnosports Cultural Festival, Erdoğan reiterated this year's festival slogan. He added, "883 sportsmen from 13 different branches will compete in the festival. Various acrobatic shows with horses will be organized. There will be a big tent and 43 nomad tents. A total of 156 horses will be used. Yabusame is sure to be everyone's favorite event this year. It is an exciting, visual sport that is admired around the world. We try to both introduce every region in Turkey and educate our visitors about the cultures of our neighbors in Central Asia and Balkans. We think the festival could be popular with international tourists in the future."