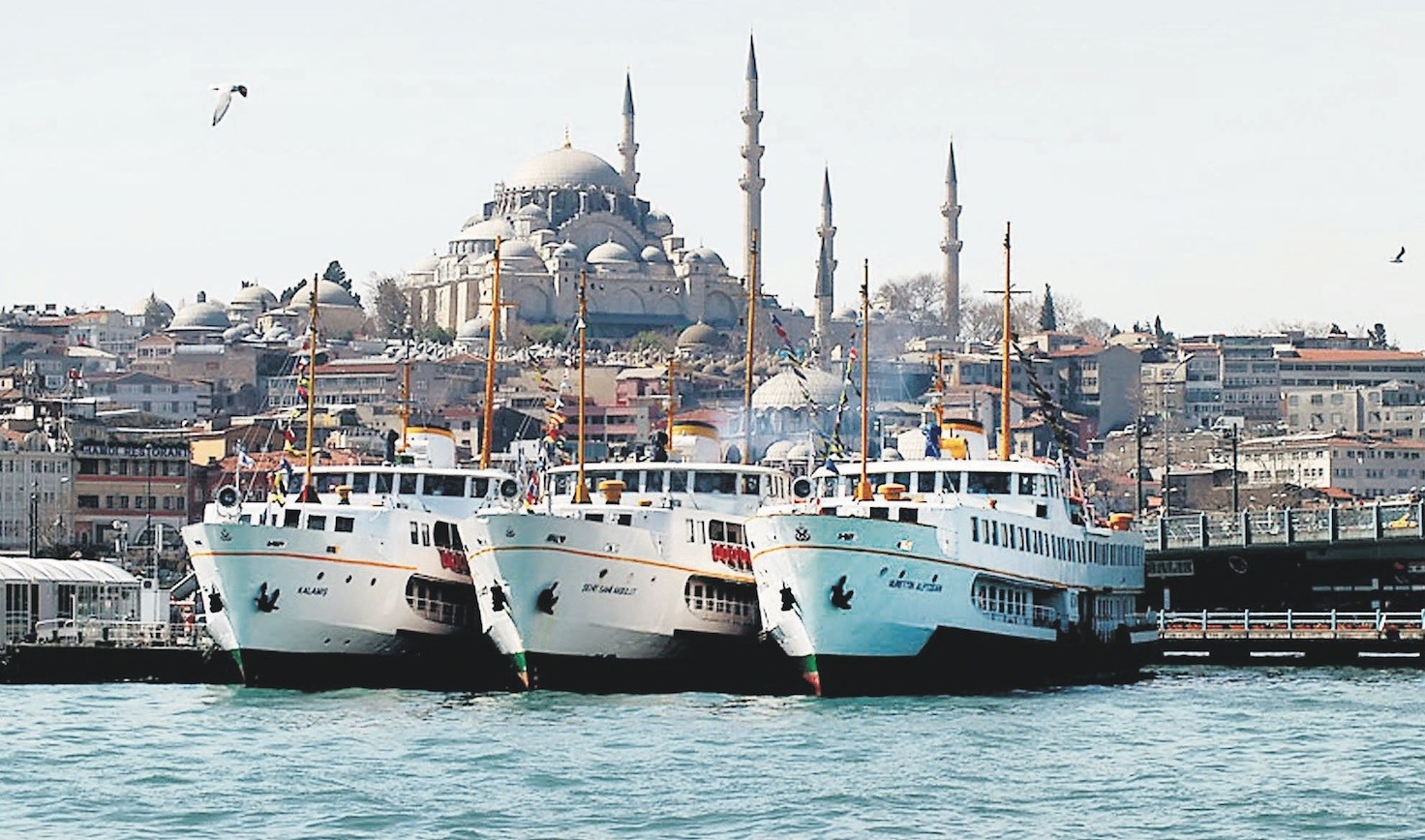 Istanbul is a huge city with an enormous population. Though its public transportation amazes locals and newcomers, don't be fooled: At some point, you are bond to get stuck in a traffic jams

There are big cities where residents have a choice between taking the bus... or the bus. Then there are others where we find at least one alternative; think bus and tramway. On an upward scale of how to more effortlessly get from A to B, we then arrive at locations where the former two modes of transport are supported by an underground network, perhaps extensive, perhaps rather small with only a few lines. As far as public transport is concerned, including many global cities and some metropolises, that is usually it.

Now enter the stage: Istanbul! At once we are in the absolute champion's league of public transport trendsetters.

Istanbul is commonly referred to as "The pearl on the Bosporus," and its proud 15.03 million inhabitants (2017), at present are lucky to have seven different types of public transport at their disposal. In no order of preference, they could hop on a regular bus; they are in a position to opt for the faster metro bus, too. They could step on board a tramway. If easily mastering heights is their concern, one could step on board a funicular. Now let us add the many different ferryboats cross the Bosporus or travel to the outlying islands that nevertheless still form part of the greater metropolitan area. There are, of course, various underground lines that by now cover vast parts of the ever-growing city. And last but not least, there is even an underwater fast train called the Marmaray, linking the European side with the Anatolian side of Istanbul, built under the Bosporus strait itself in a masterpiece that showcases construction abilities. 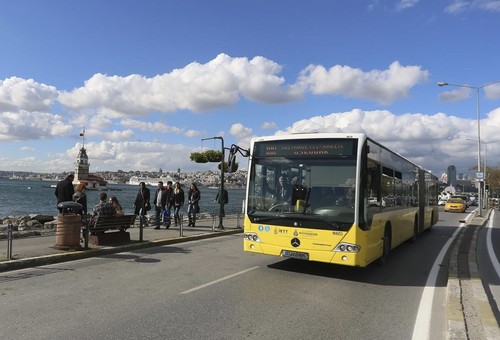 Number crunchers could of course argue that seven is still not the correct figure as there are three types of ferryboats and two kinds of tramways and two types of funiculars and so on and so forth. And yes indeed, there is a commuter rail line on each side of the Bosporus that are currently being renovated and ultimately integrated into the second phase of the Marmaray project. And let us not forget that there are two cable cars, albeit rather short in distance. Even if we leave those definitely interesting details aside for a minute (I basically wanted to mention the principal kinds of transport modes currently available and not each and every sub-category as this could easily provide material for a second article), according to my modest opinion, the number "seven" is an impressive record in itself!

A grand challenge for city planners

Call it personal experience, but when my family moved to Istanbul a fair number of years ago, my first impression was of course one of sheer amazement, admiring the beauty of such a splendid and magnificent place like every other novice. But soon logistics matters kicked in as we lived relatively far away from my wife's workplace and likewise our daughter's school in opposite directions, not even adding my own commuting needs that often necessitated going to one of the two airports or a train station for media travels.

All off a sudden we realized that commuting takes considerable amounts of time. I know of one company manager who at the time worked near Tuzla, on the easternmost fringes of the city, yet had to go back and forth to central Taksim Square five days a week, a journey by company bus of well over one hour and 15 minutes each way. So Istanbulites were always used to covering huge distances: The city itself spans 150 kilometers if measured from west to east, and one often heard complaint, not in a sense of I want to move, but in a sense of can the city administration not do something about it?

How did Istanbul manage a web of public transportation? 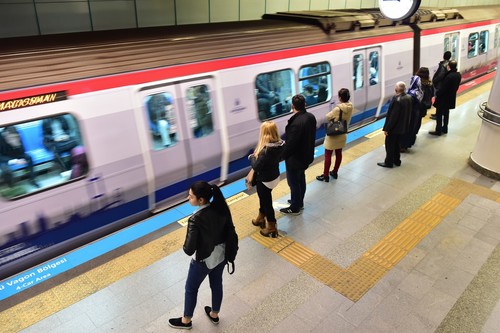 The keyword was "quality of life." Many meetings, seminars and conferences were held at the time (early in the 2000s) to listen to experts as well as locals alike with a view to determine what citizens actually wanted. The common goal: reduce the number of cars entering the city on a daily basis while at the same time catering to an ever growing population that should get used to using public, instead of individual, transport straight away. I recall symposia discussing Istanbul as a brand or seminars about learning from other world cities to better understand how they managed to have more people traveling on public transport.

As oversimplified as the answer may have sounded back then and today: increase the supply, improve the networks and offer more routes by more modes of transport to more people in all corners of the city and not just in the center.

Hence, "quality of life" was apparently defined as not only living in a nice flat or house, not just having access to good education and thus to a well-paid job, not only being part of a loving family and one day raising a family yourself. Contrary to so many other cities and metropolises, here in Istanbul its city planners managed to add two more points very successfully. First, to understand that culture and cultural heritage as well as leisure pursuit attractions must form part of the mix. And second, that not only commuting from home to work or school is an everyday task but exploring the city, traveling within your city, meeting friends and family and showing it off to visitors too. Needless to say, offering more cultural events is one thing, making sure that residents can actually reach them quickly and cheaply is another.

On foot: Of course we still use cars or simply walk Anyone who ever came to this superb city will at one point have gotten stuck in a traffic jam, often of enormous proportions. We continue to use cars and as the purchasing powers of Turkish citizens have greatly improved over the past 15 years or so, owning a car has become much easier. Once you have one, logically you want to drive it. So the city planners invested in new tunnels, roads, junctions and even a third bridge over the Bosporus. My impression from having spent many years on location (and returned only a few weeks ago) is that city planners do not wish to ban cars from Istanbul but to make certain that there is an alternative: an ever-improving public transport system. Sincere compliments to a job done extremely well! There is even an integrated smartcard allowing you to use most of the transport facilities written about here with the same top-up card, as easy as ABC. 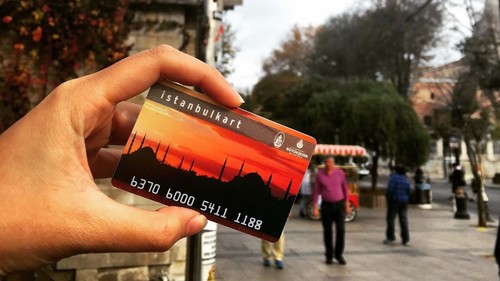 And by the way: Contrary to popular belief, Istanbul is a top walker's destination, too. Try checking out the Sirkeci Station neighborhood and its bustling side streets, then head to the Bosporus and Eminönü, now cross the Galata Bridge and then go up to Tünel at one end of famous İstiklal Avenue the center of shopping and entertainment. Now you have arrived so to speak; you will have seen some of our world's finest scenery along that way. And since you are or were at Sirkeci Station please take the underwater link and hop on the Marmaray, get off at Üsküdar and then marvel at the same area you just left behind from across the water: Unforgettable!

Yet how to get to the beginning of that super walk and above all else how to get back to where you were once you are at the other end? By funicular(s), by tram, by bus, by ferry ... and counting!