The Dude abides: 'The Big Lebowski' at 20 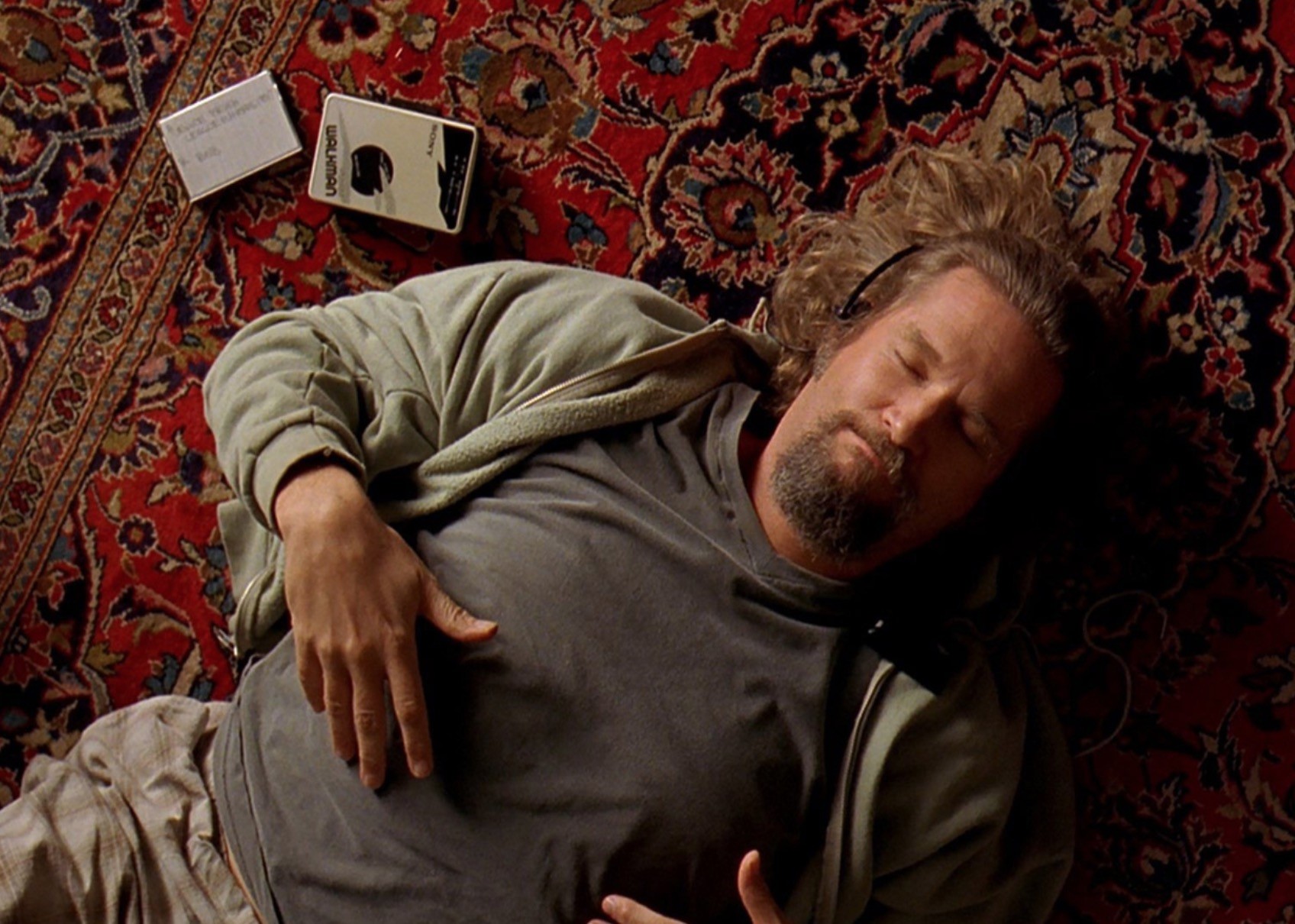 Twenty years ago, a bathrobe-wearing stoner and his two buddies entrenched themselves in the public consciousness with a strange little movie about bowling, White Russians and a ruined rug.

It received no Oscar recognition and pretty lukewarm reviews for a byzantine plot that the Coens themselves admitted never really mattered, but it has proven its staying power.

Today it is nothing less than a cultural phenomenon, with its own religion, Dudeism, boasting 450,000 "ordained priests."

Bathrobe-clad fans gather at the annual Lebowski Fest, which comes to Los Angeles in two weeks, to celebrate Jeffrey "The Dude" Lebowski, played by Jeff Bridges when he could still get away with board shorts.

"I'm so proud of being part of this movie. It's just a good movie, a really good movie," the 68-year-old Oscar winner said at a recent screening in Hollywood, hosted by Turner Classic Movies.

The Dude, a drama-averse, unemployed slacker with a penchant for cocktails, provides the drama as he embarks on a quest to replace his beloved rug, destroyed in a twisted case of mistaken identity.

Despite eventually making Rolling Stone's list of "10 Best Stoner Movies of All Time," it was neither a critical nor commercial hit on its release.

David Denby, of New York magazine, called it an "off-kilter thriller with a sad-sack hero," while for Kenneth Turan of the Los Angeles Times, the story was "disjointed, incoherent and even irritating."

The most scathing critics have largely recanted in the intervening years, recognizing that they were too quick to dismiss a film with lines so quotable that many entered the lexicon.

"The Dude abides," said by an insouciant Bridges as his way of rolling with the punches, is perhaps the most frequently quoted, although the character's introductory spiel is just as delicious.

"I'm the Dude, so that's what you call me," he insists. "That or, uh, His Dudeness, or uh, Duder, or El Duderino, if you're not into the whole brevity thing."

Bridges said The Dude, referring to his almost identically named foe Jeff "The Big" Lebowski as "human paraquat" (toxic herbicide), was the only improvised line in the film, while every "man" and "dude" his hippy character utters was meticulously planned.

"That's one of the great things about the Coen brothers: It seems like it's happening in the moment, but that's good writing, really," Bridges said.

"As actors, we all realized that and said, 'We've got to get these lyrics down,' like it was a song we were singing."

"Lebowski" was released in March 1998, although the 20th anniversary celebrations are taking place throughout the year, including screenings in 600 U.S. theaters in August.

Bridges, a youthful 48 when it came out, has been asked in countless interviews if he would be interested in doing a sequel.

But he didn't cast Bridges, who told Agence France-Presse (AFP) in October last year he would jump at the chance to be in a genuine, Coen-made sequel.

"I am so proud of that movie and proud to have been a part of it," he said. "These guys, the Coen brothers, are masters. They make it look easy."