Tomtom neighborhood returns to its roots 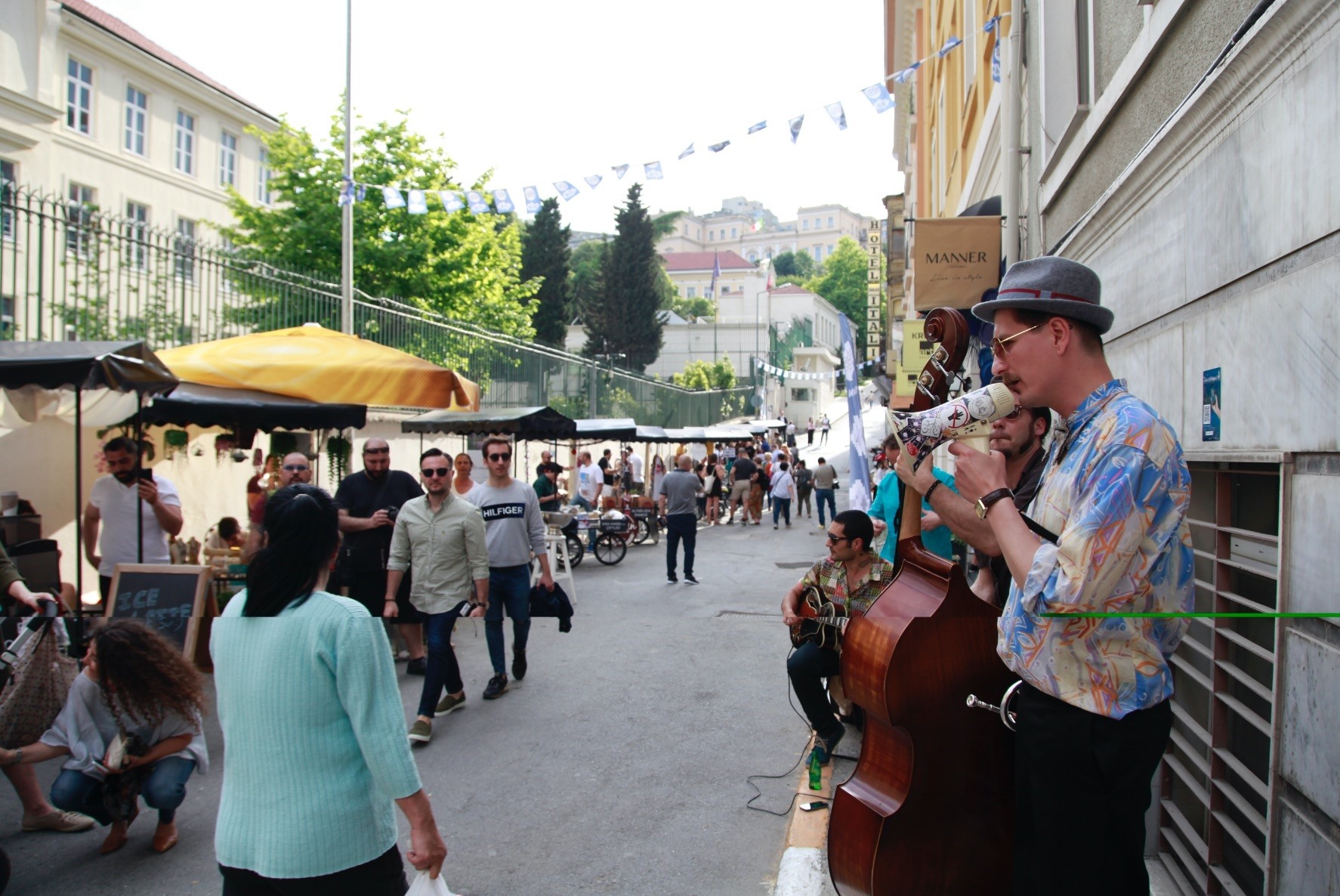 With the Tomtom project, Istanbul will gain a place that will bring brands and young designers together, and will combine design with art, music and different areas.
by Arda Sayıner May 14, 2018 12:00 am

Known to be inhabited by various ethnic and religious communities in the past, the Tomtom neighborhood features impressive architecture and an urban texture woven by a multicultural structure. Now, with renovations and considerable investment, Tomtom is becoming an attractive spot with all of the artistic events going on

What's happening in Istanbul's Tomtom neighborhood? The richest, the most popular neighborhood of the old days is regaining its status again. The neighborhood I discovered thanks to the city tour of the famous historian and traveler Saffet Emre Tonguç is going through a big change. The buildings are being renovated, new concept boutiques, stores, art galleries and cafes are opening. Tomtom has a very special place within Beyoğlu. The neighborhood is a unique oasis surrounded by consulates, schools, palaces and huge gardens. It is positioned as a neighbor to the Çukurcuma quarter between the Karaköy and Galatasaray districts.

Essentially, it has the traces of the past from the Ottoman's 16th century to the establishment of the Republic. It has a population comprising of Muslim, Catholic, Orthodox Christian and Jewish communities. It is a neighborhood where minorities from Italians to French, from Yugoslavians to Austrian-Hungarian societies live together. It is a district where there are not only foreign embassies and schools are located but it is also home to families that used to dominate the Ottoman economy. This includes bankers, who got rich on trade and industry, who live in the neighborhood due to its closeness to the heart of trade.

Nowadays, on the other hand, it is going back to its old glamorous days with its renewed buildings and newly opened places. As examples to concept neighborhoods, we can mention Soho, the Meatpacking District in New York, Marais in Paris, Corso Como in Milan. Neighborhoods that give direction to rising trends were formed with transformation by the entrepreneurs, designers and artists who moved into old neighborhoods. Afterward, these neighborhoods gained a lot of value. Tomtom also has these features. In addition, it stands at a very central location.

Five years ago, when architect Hakan Kodal and Krea Architecture started investing, the neighborhood was full of old and abandoned buildings. They laid their hands on this region and everything changed. They were lucky that almost all the buildings had courtyards. Hakan Kodal and his team, by reconstructing 17 buildings around three different courtyards, brought the neighborhood to the condition it is in today.

Five of the seven buildings in the first group in Tomtom Gardens have been completed, about 70 suits are occupied. High level executives primarily from the advertising sector and company owners are living in them. With the last two buildings in Tomtom Gardens, the Tomtom Corners phase with architect Han Tümertekin will start soon.

The region is promising an unbelievable change together with Galataport as well. Tomtom Kırmızı, on the other hand, is becoming a place which will direct the trends. Many new concept stores, gallery and cafes are opening around it. When the project, which has a size of approximately 20,000 square meters, is completed an investment of TL 400 million ($92 million) will be actualized. When the project is completed, there will be 125 suites and around 35 stores, galleries and businesses.

Kodal explained that they are also thinking of activities for this cultural neighborhood.

"With the thought of why can't Tomtom be likev the Zona Tortona in Milan, we believed it needs an activity which will direct Istanbul's design world. By directly going to the street, we aimed to have an activity that will make the wider masses like design. Two years ago, we got together with Bahar Korçan, Serra Arıkök and Ayşegül Temel on this idea. And all together, we made Istanbul gain an activity that will bring brands and young designers together, will combine design with art, music and different areas. Besides, we will have activities at Sanat Tomtom with Contemporary Istanbul next year, Festive Hamster in

December, Back to Home in April. Life in Tomtom is very enjoyable," he said.

You should also look more into this neighborhood that I discovered thanks to Saffet Emre Tonguç and witness the changes and the salvation of history.

TOP RESTAURANTS OF THE WEEK

TOP HOTELS OF THE WEEK