Traditional Kyrgyz game continues to be played in Van 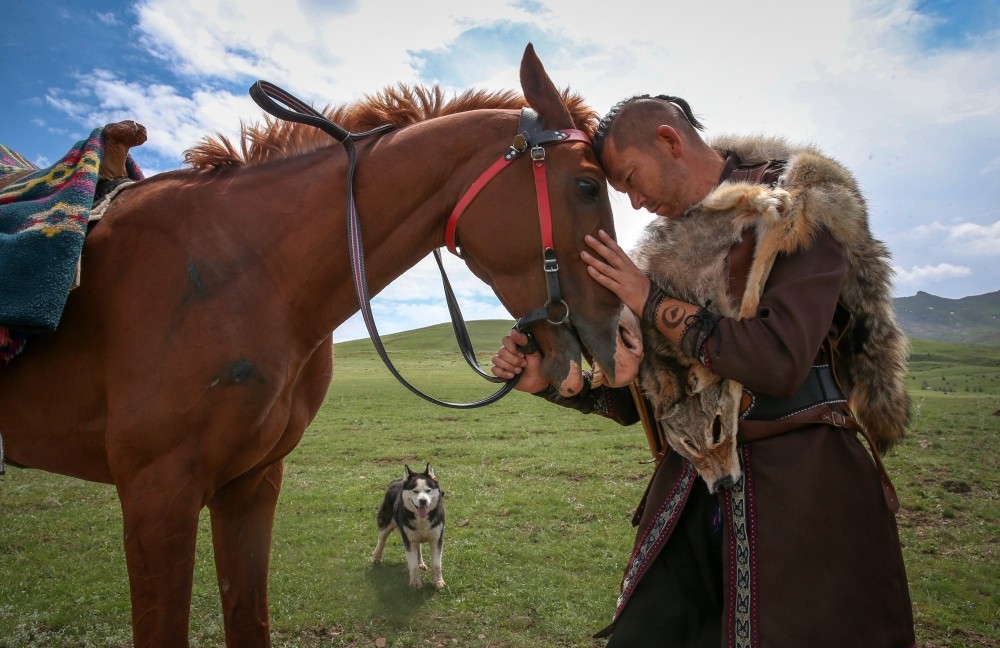 Living in Erciş district of Van province for the last 36 years, Kyrgyz Turks might have found a home for themselves, but they are also trying to keep their roots alive in their new lands. The Kyrgyz continue to play "kok boru," a traditional horse game on the open fields of Van.

To continue their tradition and have it passed down to the future generations, the Kyrgyz founded Ulupamir Kok Boru Sports Club, with the support of Van Governorate and Erçiş District Head.

Kok boru is a traditional game played by two teams on horseback, where players try to maneuver with a goat's carcass or goat fur and score by putting it into the opponents' goal. The community of players includes teams divided into higher league, semi-professional and amateur classes, as well as the general public. The most experienced players serve as referees, while another category consists of the "Kalystar" (elders), who serve to ensure the fairness of the game.

Yakup Timur, the president of Ulupamir Kok Boru Sports Club said that they are doing everything in their power to keep their 5,000-year-old tradition alive.

He said that kok boru is in fact a game of war and they teach this game to their children starting from the age of 7.

The sports club has been competing in kok boru competitions around the Turkic world for years. This year, the club will represent Turkey in a competition that will be held in Turkey with the participation of teams from 10 different countries.

Kok boru has been recognized by UNESCO's Representative List of the Intangible Cultural Heritage of Humanity in 2017. The game is considered as "an expression of the cultural and historic tradition and spiritual identity of its practitioners and serves to unite communities regardless of social status, fostering a culture of teamwork, responsibility and respect" by UNESCO.