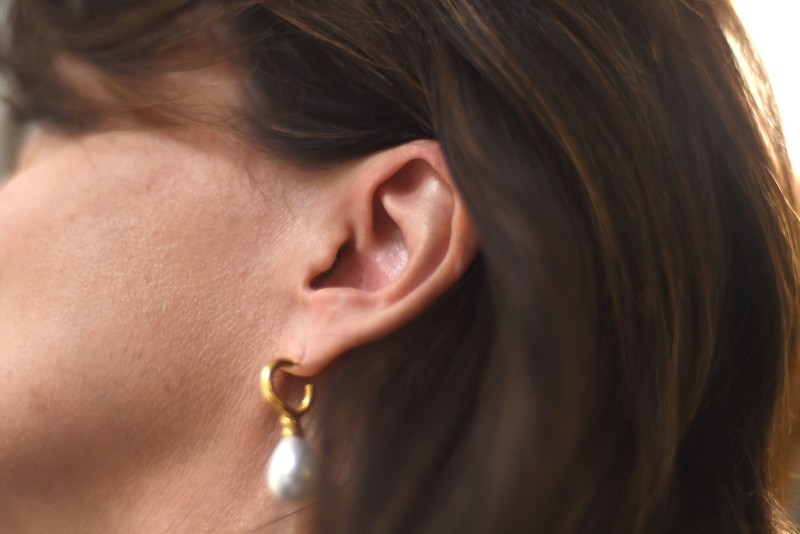 An ear is seen in Washington,DC on May 16, 2018. A simple looped soundbite with just two syllables has ignited an internet meltdown, dividing social media users into staunchly opposed camps: do you hear ,Yanny, or ,Laurel?, (AFP Photo)
by Associated Press
May 17, 2018 12:00 am

Do you hear what I hear?

That was the question Wednesday as a short audio clip sparked a social media debate about whether the word being heard is "yanny" or "laurel." How one hears it is similar to how people viewed a dress on the internet three years ago and raised questions of whether the mind and ear can be out of sync.

Like the famous dress that divided the world over whether it was blue and black or white and gold, the short #yannyorlaurel audio clip goes viral, leaving the entire internet arguing over what's actually said https://t.co/Rf9ceiFGCI pic.twitter.com/CMBjgoDqjp

The scientific explanation centers more on the quality of the recording and the resonance of speech sounds.

"This is a relatively low quality signal that is played over a variety of devices and the sound was developed to be on a perceptual border," said Todd Ricketts of Vanderbilt University Medical Center's Hearing and Speech Sciences Department.

Alicia Spoor, president of the Academy of Doctors of Audiology, agreed the quality was not good. She said the complicated answer has to do with "resonance of the speech sounds."

"When you say the word "yanny" and "laurel," the waveform looks very similar for the first band of energy resonance. However, there is a significant difference in the second and third resonances of the two words, which is how humans interpret the words," she said.

The debate began on Reddit and expanded throughout social media. Ellen DeGeneres tweeted that everything at her show stopped to see what people heard. She said she heard laurel. But New Age musician Yanni was in the yanny camp. Republican House Speaker Paul Ryan said he'd like "to declare something that is just so obvious: It is laurel and not yanny."

Literally everything at my show just stopped to see if people hear Laurel or Yanny. I hear Laurel. https://t.co/efWRw1Gj0L

Some speculated online that the age of the listener might determine what was heard, while others changed the pitch to alter results.

"Age can play a role, as well as expectations, Spoor said. However, she still heard "laurel" when she changed the pitch.

For an analogy, she cited the 1969 Creedence Clearwater Revival song "Bad Moon Rising:" ″There's a bad moon on the rise" versus "there's a bathroom on the right."

As for the dress that caused an earlier commotion, some people said it was white and gold, while others saw blue and black.