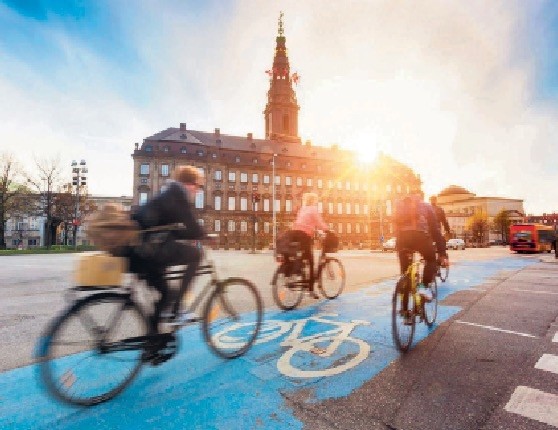 Organized by the European Cycling Federation, the Iron Curtain Trail (also known as EuroVelo), a 6,800 km cycling route that emphasizes European identity and shared history, comes to Kırklareli and Edirne this year.

Named after the border between the Communist East and the capitalist West that came into being after the Cold War, the cycling path starts at the Barents Sea along the Norwegian-Russian and Finnish-Russian border, passes for a short stretch of the coasts of Estonia, Latvia and Lithuania, Kaliningrad, Poland and the former East Germany. From Lübeck to the three-nation border (Saxony-Bavaria-Czech Republic) the path follows the former East German and West German border. Then it follows the highlands of the Bohemian Forest, passes Moravia and the Slovak capital of Bratislava and then crosses the Danube near Vienna.

It then follows the southern border of Hungary via Slovenia and Croatia. Between Romania and Serbia it it mainly follows the path of the Danube, and, via Bulgaria, Macedonia and Greece, to end at the northernmost point of Turkey on the Black Sea coast.

Cyclists that follow this route will have a chance to witness landmarks of European history and the effects of the Cold War on European nations.

To promote the route, Michael Cramer, a member of the European Parliament who initiated the route, and Orkun Akman, the chairman of the Edirne Nature Sports Club organized a joint press conference.

Akman, on the other hand, shared his excitement for the route and said they are currently improving cycling routes in Edirne and Kırklareli where the Iron Curtain Trail will pass.

The Iron Curtain Trail should be ready for European cyclists by 2020.