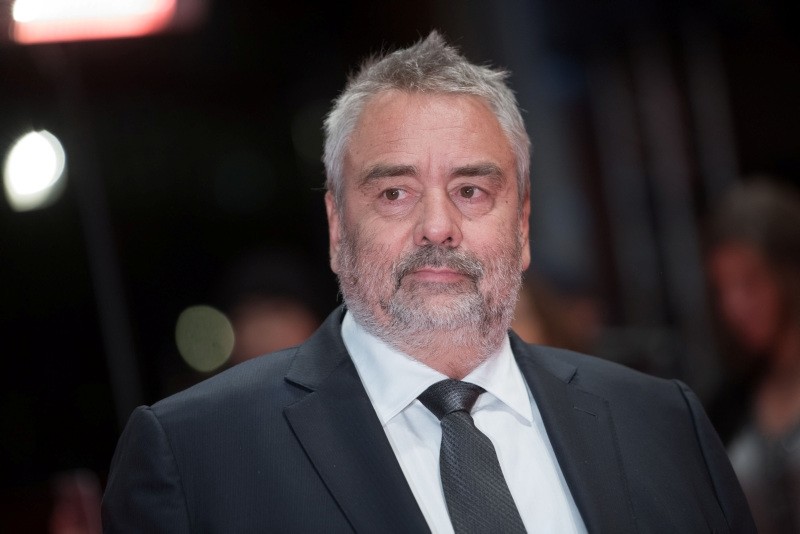 A young actress has lodged a complaint for rape against French film director Luc Besson, judicial sources said Saturday, the latest in a string of sexual abuse allegations in the wake of the Harvey Weinstein scandal.

The filmmaker's lawyer Thierry Marembert said he categorically denied the claims calling them "fantasist accusations", adding that the complainant was someone he knew "towards whom he has never behaved inappropriately".

Police in Paris opened an investigation after the actress accused the 59-year-old "The Big Blue", "Nikita" and "Leon" director of raping her, the judicial sources said.

A "complaint has been made for acts qualifying as rape by the plaintiff which happened Thursday night into Friday in Paris," they said, adding that police were investigating.

News of the allegation emerged shortly before the closing ceremony of the Cannes Film Festival which was marked this year by an emotional speech by a Weinstein accuser.

Italian star Asia Argento, who has said she was raped by the Hollywood mogul at Cannes in 1997, told the ceremony he would never be welcome at the event again.

"This festival was his hunting ground," said Argento, who says she was 21 when Weinstein attacked her in his hotel room.

Sources said Besson's accuser went to police on Friday to file a complaint against Besson after the alleged assault at the Bristol hotel in the French capital.

The complainant said she had been in a relationship with him for around two years, stating she felt pressured into being intimate with him for professional reasons.

One source close to the investigation said Besson was out of the country and had not been questioned.

According to Europe 1 radio, which broke the story, Besson's accuser said she had "drunk a cup of tea, then felt unwell and lost consciousness".

The station quoted her as saying that when she came round she remembered being sexually assaulted.

Besson, who is married to a film producer, has three children with his wife and two more from previous relationships.

He has been married four times, including to US actress Milla Jovovich.

Besson is a top name in the French cinema world with 12 Cesar nominations -- the country's equivalent of the Oscars -- and 17 films under his belt.

His 1998 sci-fi blockbuster "The Fifth Element", starring Bruce Willis, Gary Oldman and Jovovich, won him his only Cesar national award to date.

A high school dropout who unlike many of his French peers did not attend the prestigious Femis cinema school, Besson learned film-making on the job.

He has attributed his vivid imagination to a solitary childhood spent between Greece and the former Yugoslavia, where his parents worked as scuba-diving instructors.

"At sixteen I had already written a good number of my films, including "The Fifth Element", he likes to recall.

After internships as an assistant director he made his first short film in 1981, developing it into his first feature-length movie, "The Last Battle", two years later.

His commercial success has not always been matched by critics' approval.

His 1988 cult classic "The Big Blue", a tale of rivalry between two champion free divers, was savaged by the press before eventually showing to nearly 12 million people in cinemas around the world.

Besson's production company EuropaCorp has been battling financial difficulties over the past year with its blockbuster "Valerian" 3D space opera proving a flop.

He is regarded as politically influential, having succeeded in convincing authorities to modify tax rules to make it more attractive to shoot movies in France.

He has also campaigned for greater visibility of poor communities in depressed French suburbs, not just through his films but by setting up his Cite du Cinema film studio and school in Seine-Saint-Denis north of Paris, one of France's poorest regions.

The allegations against Besson are the latest sexual misconduct claims to emerge following the Weinstein scandal which has claimed high-profile casualties from not just showbiz but also politics and the aid sector.