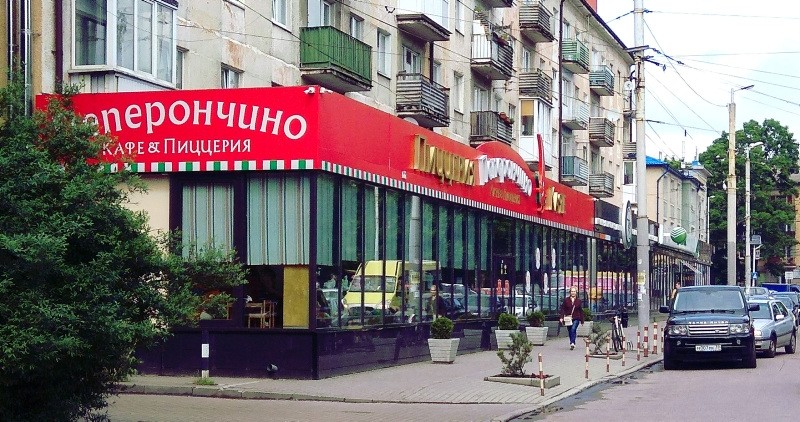 A general view of the Peperoncino restaurant in Kaliningrad, a host city for the 2018 FIFA World Cup, Russia (Reuters Photo)
by reuters May 21, 2018 12:00 am

A Russian marketing agency has offered to help restaurants in cities hosting the soccer World Cup use fake reviews to bump up ratings on review site TripAdvisor, the agency's owner has confirmed.

Marketing company Bacon Agency says it can circumvent TripAdvisor's algorithm for detecting fraudulent posts and publish reviews in foreign languages ahead of an influx of fans from abroad.

"What can you do if no Serbs and no Swedes have ever been to your venue and left a review?" Bacon Agency asks, in a brochure received by a restaurant in Yekaterinburg, which hosts Egypt and Uruguay in their first-round matches.

"You write it yourself!" the agency says.

For 35,000 roubles ($570), the agency promises a spot in TripAdvisor's top 10 list. "We are offering to help tourists find you, and to leave their money specifically with you," it writes.

"We oppose any attempt to manipulate a business' ranking," TripAdvisor said. "Our dedicated investigations team is proactive and extremely effective at catching those trying to solicit fake reviews for money."

Fake reviews are widespread, but it is unusual for a company involved in the practice to discuss it so openly, or to link it explicitly to a sports event.

The World Cup has created lucrative opportunities for businesses in the 12 host cities hoping to benefit from well-to-do foreign fans at a time when Russians are feeling the pinch from a fragile economy and Western sanctions.

Contacted by Reuters, Bacon Agency confirmed it had offered the service, but said it only wanted to act as the middleman between restaurants and freelancers posting fake reviews.

"We understand that all this is illegal in the sense that TripAdvisor is against it," said Bacon Agency's owner Roman Baldanov.

"We were just testing this niche because we see high demand. It's not because we're bad guys who came in and said, look, you've got to start swindling ... All restaurants know that reviews are ordered, and many use this service," Baldanov said.

He said nobody had yet taken up his offer. "The response we got was: thanks, but we are already doing this ourselves."

An event like the World Cup increases incentives to post such reviews, said Stanford University's Jeff Hancock, an expert in detecting fake reviews.

"Any time you start seeing reviews come in all at once, look sort of similar, have the same kind of language, then alarm bells should start going off," Hancock said.

At least six restaurants in the TripAdvisor top 30 list for Kaliningrad, which will host Croatia and Nigeria, appeared to fit this description.

Peperonchino, a cafe serving Italian cuisine 20 minutes' drive from the World Cup stadium, used to get around one review a week.

But two weeks ago reviews began to flood in - 45 in total - the majority from accounts with stock photos, created this year, and rating the cafe five stars. Peperonchino rose from 28th place to 2nd on TripAdvisor's list.

Sister cafe Peperonchino 2 also received a flood of reviews in the past fortnight, also 45 in total, 32 from such accounts.

"All our reviews are real and are left by our customers," Peperonchino said. "It's just we have a big loyalty system, a mobile phone app, and so on."

In a strategy document seen by Reuters, Bacon Agency explains how to avoid detection by TripAdvisor.

"The issue is that TripAdvisor has developed algorithms which monitor user activity and when they spot an attempt to manipulate the numbers, they sanction the venue," the agency writes.

To trick the algorithm, fake reviews are published using different IP addresses, devices, browsers and operating systems. Each account has a "back story" of earlier posts.

The reviews will be "full of real details about the menu and decor, as well as 'real' photographs, which we will ask you to take."