Horses: The wings of mankind 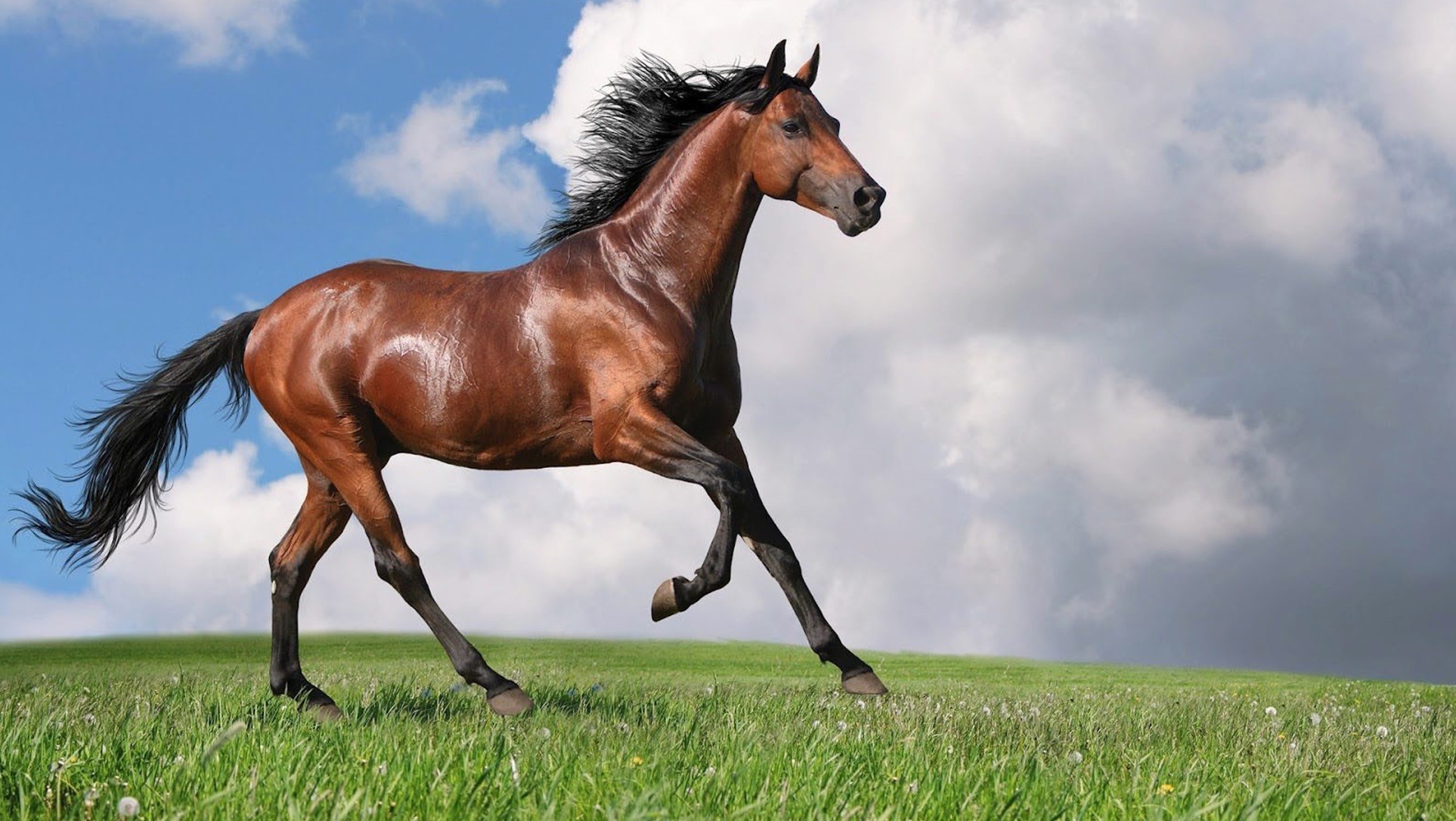 Turkish legends often depict a special friendship between heroes and their horses. It is not possible to think of the person and their horse separately.
by Ayşe Sayman
May 23, 2018 12:00 am

Horses hold a special place in traditional Turkish culture, society and belief system. They were used for more than just transport, they were a way of life for Turks

Turks have been riding horses for about 5,000 years. As far as is known, the horses were tamed for the first time in between the years of 2,500 and 3,000 B.C. by Turkic people. The horses were not only means of transport for Turkic people, but they communed with horses. During the fifth century A.D., Western sources made this observation for the European Huns: "The horses carry any other nation, but Turks live on them."

Even before accepting Islam, the "horse" was a sacred and respected animal for the Turks. It was not only a mount, horse meat was also considered as "halal" food by the Turks. The horse's milk (kumis) was their most popular drink. People still drink it today. They made clothes from horse fur. Horses were considered the fastest transportation vehicles. They showed themselves especially in the battlefields.

Horse riding training started from childhood because all members of the nation were seen as fighters. Children aged 3-years-old would begin learning how to ride on sheep and goats. Each child raised their own foal. So, horses were growing and getting their owner's characteristics.

In addition, Turkic people identified themselves with the characteristics of horses.

Horses had a very wide and important place in daily life. People's wealth was measured by the number of horses they owned. While the first contemporary population census for humans was made in Sweden in 1749, the census for horses was carried out by the Old Turks throughout the country.

For Turkic nomads, there was no better means of transportation than horses. For this reason, they didn't use it only on earth. The shaman, who was the clergy in the old belief, took off with a wooden horse to make a journey between the universes. In Islam, it is thought that Prophet Muhammad went to the "Miraj," to meet with Allah with a horse named "Buraq."

There were many different beliefs among the people for this highly respected animal:

If a pregnant woman walks around horses, she can give birth easily.

If a horse cries after its owner passes away, the person goes to heaven.

Some of these beliefs have even survived to today, like, "Seeing a horse in your dream means that your wishes will come true."

The horse, which diminishes its use in modern social life, still symbolically preserves its importance. The tricks on the horse carried out in the old "battue" are now shown in equestrian sports. The most important of these sports is the "javelin" game. The polo game played in England is based on javelin. In the javelin game, dozens of tricks are done on the horse.

This can be seen as keeping an old war tradition alive via a sporting activity.

A bride coming to her wedding on horseback is another tradition that lives symbolically. Unlike India, the brides ride horses in Turkey not the grooms. And, the horses are fancied up like the bride.

The tradition of dressing up horses does not apply only to weddings. Ancient Turks used to adorn their saddles, harnesses, horse necklaces, horse mouthpieces with precious stones and jewels. In fact, a lot of jewelry for horses was found in the remains in the "Kurgan" graves.

Old Turkic soldiers are known as the world's best horse riders. Being able to shoot arrows on a galloping horse and hitting the target was something the Turks were very good at. In the traditional form of entertainment called "battue," special horse riding tricks were performed. This included throwing arrows off a horse, standing on a running horse, and jumping from one horse to another while riding. It was seen as a sort of war rehearsal. 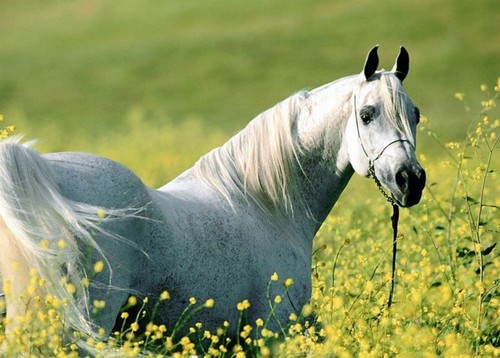 Akhal-Teke, believed to be the first tamed horses, can be called the ancestors of all horses of today. Arabian and English horses are accepted to be derived from this special breed. Akhal-Teke is an admirable, elegant Turkic horse with its long and thin neck and metallic sheen. Its ancestors are thought to be lived in 3,000 B.C.

Old Chinese people said that they were "the horse coming from the heaven." It is easy to see why they would say that once you take a close look at this horse.

This Turkic horse, which is accepted as the most beautiful horse in the world, have also been mentioned in Epic of Manas, which is estimated to be written in 11th century and told in the 13th century, and in the Dede Korkut Epic (also known as Dada Gorgud Epic), which was written in the 15th century. Akhal-Teke horses were explained in detail in these epics with its shiny hair and soaring height.

Old Turkish books include many stories that underline the friendship between heroes and their horses. It is not possible to think about the person and horse separately. "The one that doesn't have a horse, doesn't have a foot," is a good Turkish proverb to prove this point.

In a time when planes haven't been discovered, horses were the fastest and safest means of transport. "Horses are the wings of people," is yet another proverb to make that point.

A horse is a child's best friend, from the cradle to the grave a horse never leaves you alone. People take care of it like their own child. It is not only an animal in the barn, it is like a member of the family.

Its milk is the most valuable drink, its fur is clothing, it supported us in wars, and it carries us and brides at weddings. They show up in dreams for thousands of years to make wishes come true.

To understand the importance of something, searching for the etymology of the word may help us. The words we used over centuries have evolved over and over. The only world that has never changed in Turkish is "at," meaning horse. The horse has never changed since the day we learned to ride it.

Even after being replaced by cars, horses still play an important role in the lives of Turkish people. Hearing their footsteps can take Turks back to an earlier time, many centuries ago.