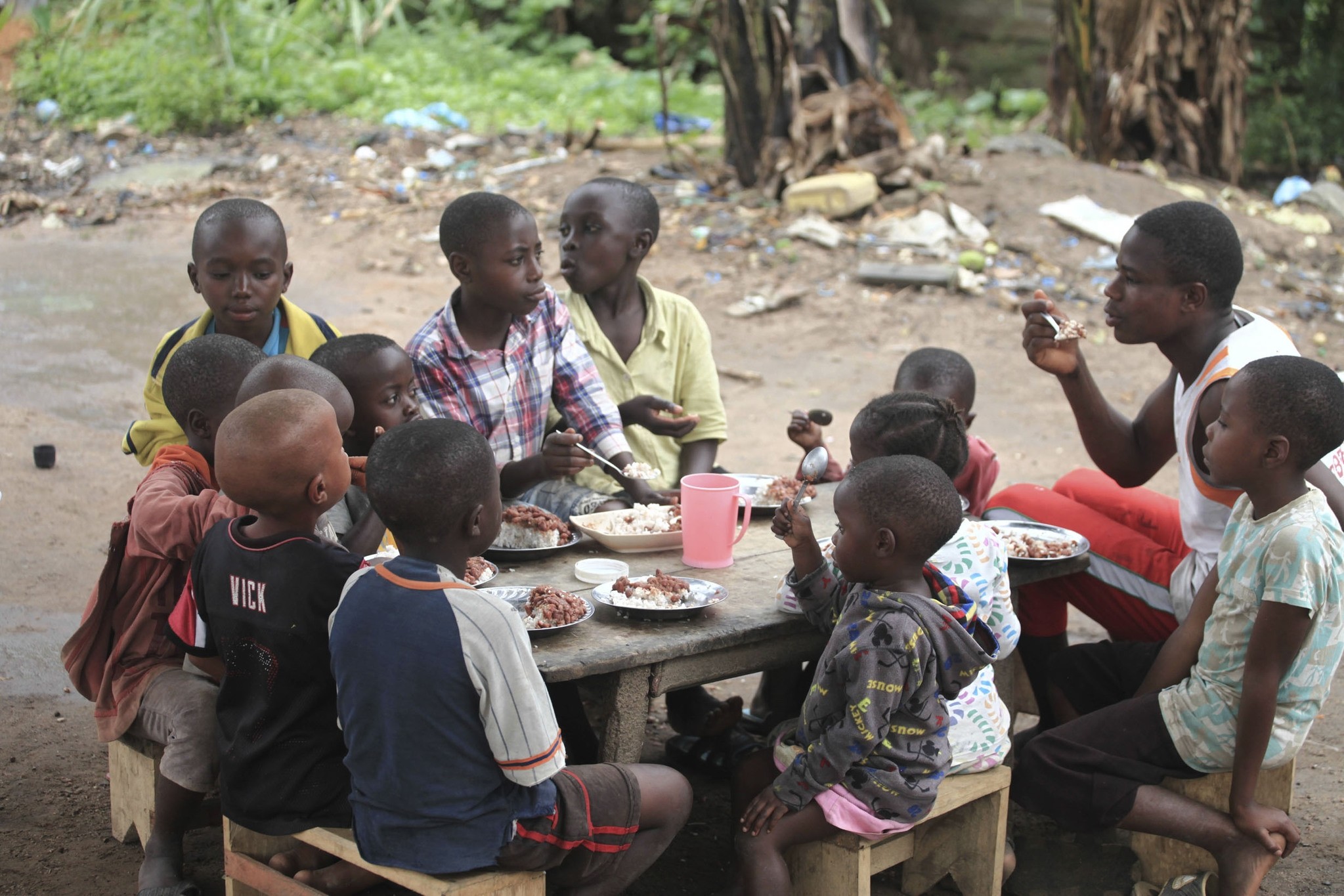 Thirteen-year-old Gloria Saambili said her mother was cooking when rebels entered her home in the Congolese village of Mayi-Moya, killed her with an ax and took Gloria's father and two brothers into the forest. The teen escaped.

"I think every day about my family ... I am alone in the world," Saambili said, through tears.

She is among hundreds of children in Congo's northeastern Beni region who have lost family to attacks by Allied Democratic Forces rebels, who have killed more than 1,500 people since late 2014 in a region long-scarred by militia violence.

More than 100 of the orphaned children, including Saambili, have found themselves in the care of 65-year-old Marie Charline Mutsuva, whose humble hut has become well-known as a haven from the unrest.

More than a dozen children, ranging from six months to 18 years old, currently live with Mutsuva, whom they often call "mama."

"I felt compelled to help them," she said.

She feeds and clothes her makeshift family in her three-room mud home.

She often finds it difficult to support them. Recently, she said, she had to sell the children's mattresses to pay for medications. Now they all sleep on banana leaves. She manages to cook them rice and beans. At least six of the children attend school, which costs anywhere from $50 to $68 per year, she said.

"Sometimes I have been forced to sell my clothes and pans to pay" for their care, she said. But she said it's important to be there for the children, who make her feel a part of something bigger.

At the age of 20, Mutsuva cared for her two younger brothers after her parents died. Her husband then left her, 40 years ago, because she couldn't give him children. Later she began opening her home to orphans.

She calls it her duty to help others who find themselves alone.

People who know of her work bring her new children who can't find their families. Every Sunday, Mutsuva goes to churches with the children to help find relatives, or goes on radio or national TV to see if anyone can identify them.

Many of the children eventually find relatives who can care for them, Mutsuva said, but as the regional violence shows no sign of ending, her devotion continues.

Her work is praised by those in Beni. Josephine Kavira Mastaki called Mutsuva a guardian angel after she cared for her son in September 2017 following a rebel attack.

"I had already mourned my child, believing he was already dead," Mastaki said. "But something amazing happened. I heard on the radio that a certain Joshua was at the orphanage and looking for his family. I drove 30 kilometers (18 miles) on a motorbike to Beni." She found it was indeed her son.

Mastaki said the government should give Mutsuva money for her services and ensure better conditions for the children. The Beni civil society organization, which has tracked the violence for years, says the rebel attacks have left more than 1,200 children orphaned.

Mutsuva, despite the hardship, said her work will continue. "I did not have a son and a daughter," she said. "When they call me 'Mama, mama, mama' I feel comforted and I see that I have family again."