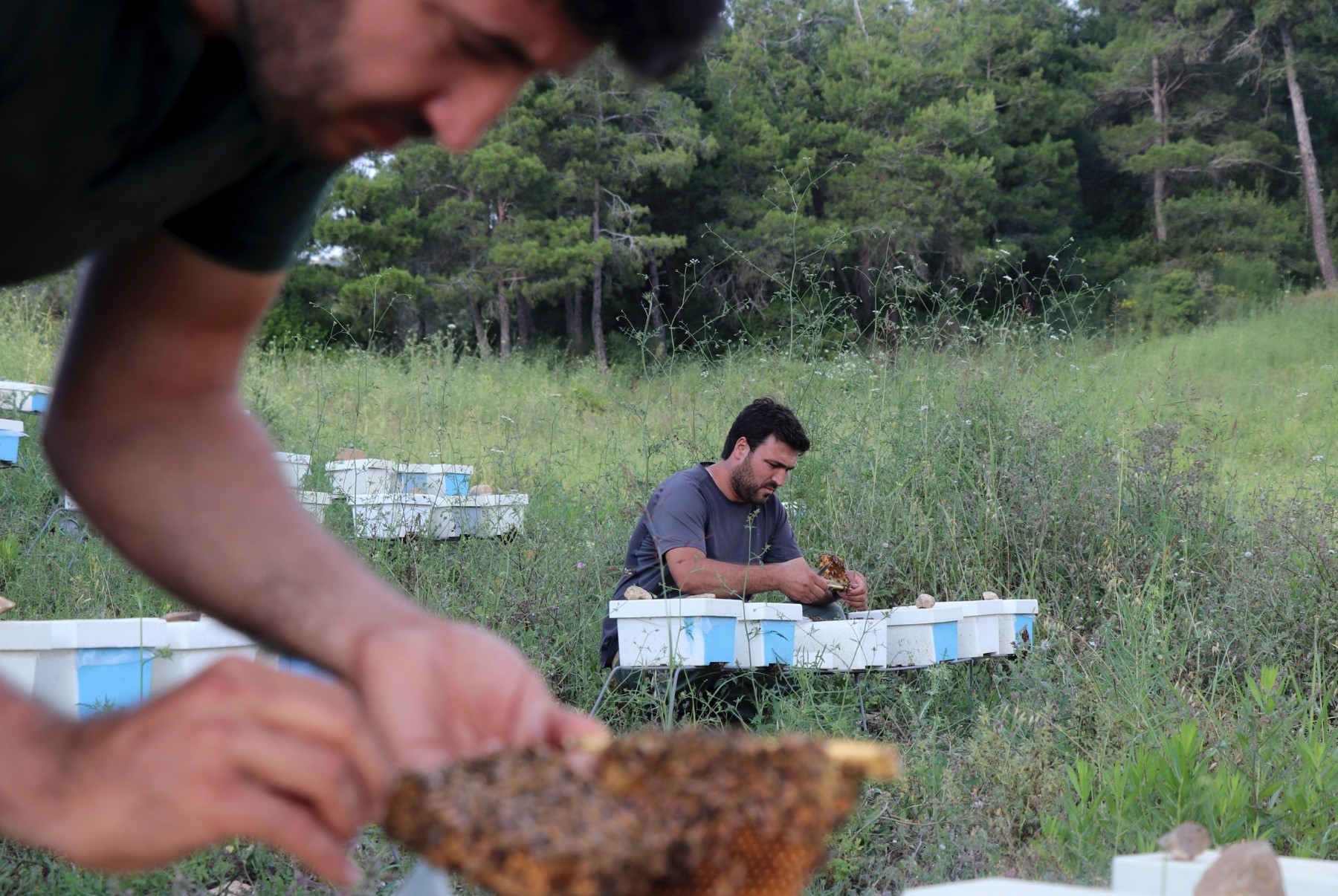 Bayırbucak Turkmen, who took refuge in Turkey due to the civil war in Syria, began to pursue their former profession of beekeeping in Hatay.

By purchasing five to 10 beehives, Syrian Turkmen increased the number of hives through a breeding system thanks to the productive aspect of the region.

They also participated in courses opened by the Yayladağı Governor's Office and received "beekeeping" certificates, reaching more than 3,000 bees in total.

Bayırbucak Turkmen began selling products in Turkey and abroad by pursuing artificial insemination, pollen and queen bee production and honey production. Ahmed Vezir, the chairman of the Bayırbucak Turkmens Association, a beekeeper himself, recalled that people want to resume their lives because of the long-lasting war.

Vezir said Turkmen are very good in some professions in their countries, particularly beekeeping. Since the climate and nature of Hatay is better than Syria, Vezir said 100 beekeeper Turkmen, who saw this opportunity, took up their former profession again. "The number of hives, about 500 at first, exceeded 3,000 in three years. This year, we aim to sell 60-70 tons of honey. This figure will increase very soon. We also sell queen bee, pollen, bee milk and baby bees as well as honey," Vezir said. "We market our products all over Turkey, Iraq, Qatar and Saudi Arabia. The figures are not big at the moment, but they will become important in a short time."

Pointing out that beekeeping is not developing, especially in Yayladağı, Vezir said that they want to help locals with beekeeping and that this profession can be an important source of income for young people.

Muhammed Körali, who came to Turkey with his family about three years ago, told Anadolu Agency (AA) that he has been pursuing the family business of beekeeping for 25 years, underlining that they have to work to live in Turkey. "Beekeeping was already our profession. We could not do it here for a while. We decided to start again two years ago," Körali said. "The climate of Hatay and Yayladağı is very suitable for beekeeping. There are various plants here. Our bees are pure and our honey is all-natural. We would like to thank the state officials who provided us with this opportunity." Körali said that they produce not only honey but also pollen and queen bees with an artificial insemination device.