Turkish growers to rival Netherlands with the peony, the queen of spring 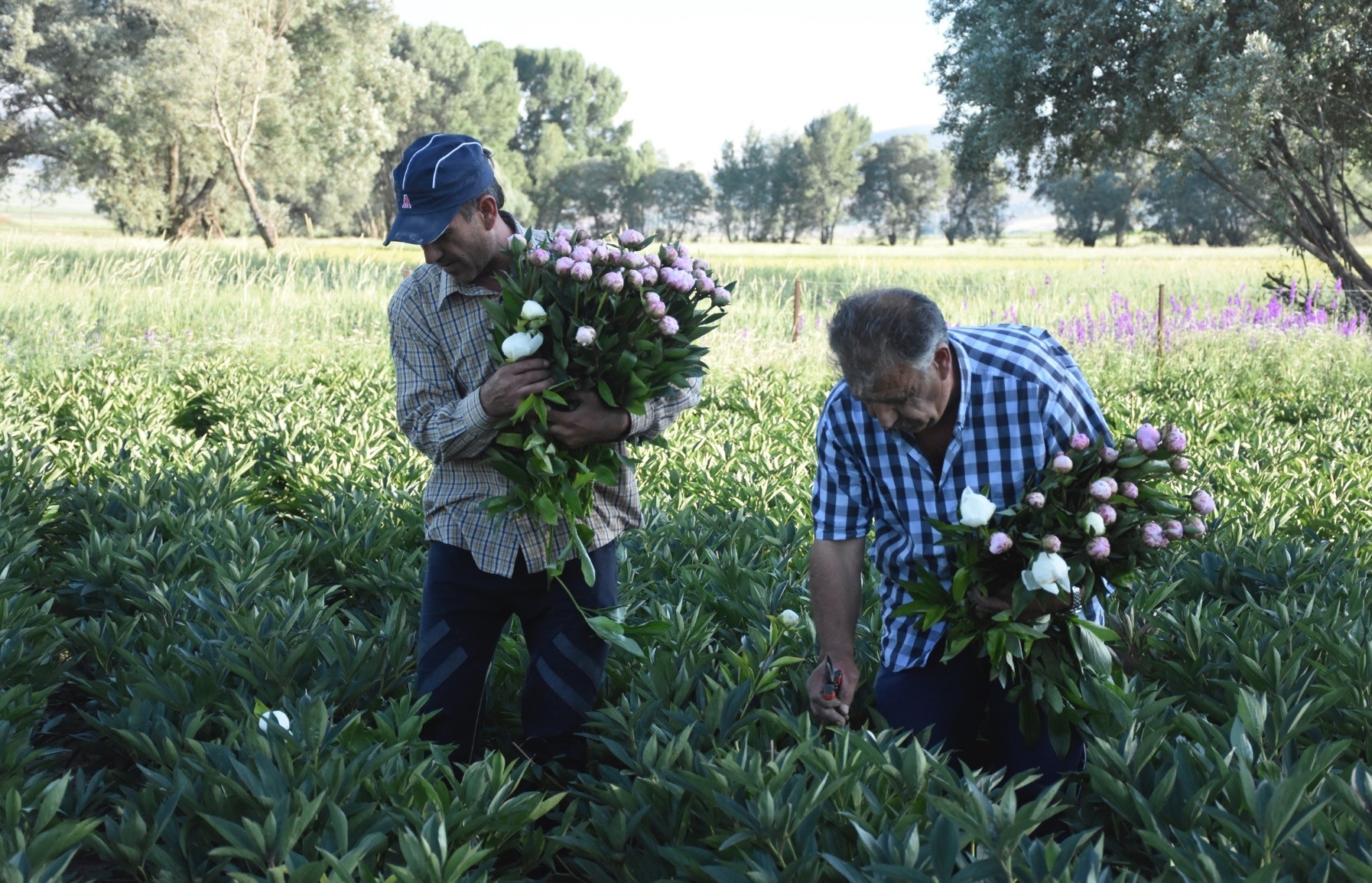 Having lived in the Netherlands for many years, Bülent Höke, 56, and Murat Höke, 46, decided to produce peonies in the village of Toprakpınar in Yozgat province after they returned to Turkey. Although villagers said that they wouldn't be able to sell the flowers, the Höke brothers planted the seeds that they brought from the Netherlands in a seven-acre field. They want to rival the Netherlands in peony production.

Growing nearly 14,000 peonies, they sell to florists in Ankara, İzmir and Antalya provinces. Having difficulty satisfying demand at home, the brothers want to enter, in particular, the Ukrainian and Russian markets. Speaking to Anadolu Agency (AA), Bülent said that they sell one peony for 1 euro (TL 5.3), while the Netherlands sells one for 2 euros. There is great demand for the flowers, and Höke said their peonies are of higher quality and better than those that come from the Netherlands as they are grown in a natural environment.

"If we receive a state support, we can develop this job. Thus, our dependency on the Netherlands decreases by 50 percent," he added.