Over 100 jewels belonging to Marie Antoinette up for auction 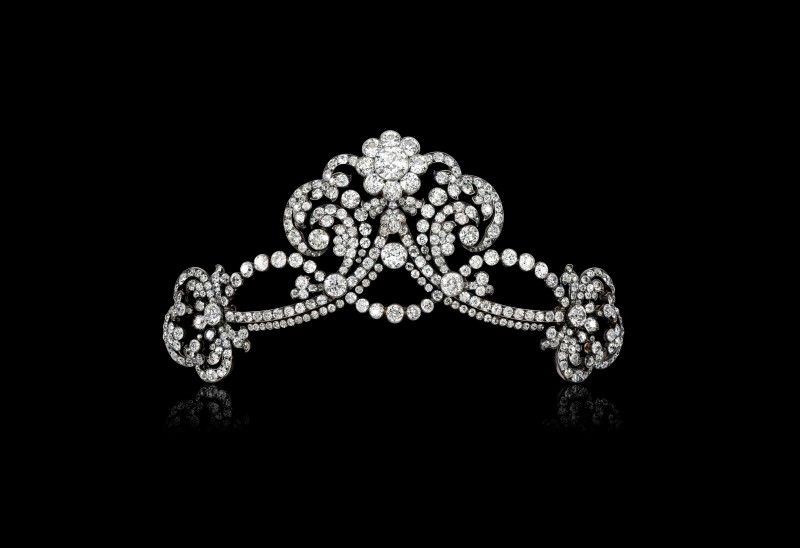 Diamonds and pearls that once belonged to French King Louis XVI's Queen Marie-Antoinette and have never been seen in public are to go on sale.

Sotheby's said the auction of more than 100 lots, all owned by the Bourbon-Parma family, will be held in Geneva on November 12.

"This is one of the most important collections of royal jewelry ever to come to market," said Daniela Mascetti of Sotheby's Europe.

"Kept out of view, never seen in public, this extraordinary collection offers a fascinating glimpse of the life of this family in centuries gone by," she added in a statement.

Marie Antoinette's diamond pendant with an exceptional natural pearl is expected to fetch up to $2 million (1.7 million euros).

"Renowned for her extravagance and the splendor and lavishness of her court, Marie Antoinette is very often portrayed wearing pearls," Sotheby's noted.

The sale will include jewels from other royal families up to the fall of the Austro-Hungarian empire, all owned by the Bourbon-Parma family.

A parure of 95 diamonds, including five solitaires once in the queen's possession and valued at up to $500,000, will go under the hammer.

An opulent diamond tiara offered by Emperor Franz-Josef to his great niece the Archduchess Maria Anna of Austria on her marriage in 1902 to Elias of Bourbon, Duke of Parma, has an estimated value of up to $120,000.

When Louis, Marie Antoinette and their children tried to flee the French Revolution in March 1791, the royal jewels were smuggled out of the country into the trust of a confidant in Brussels.

He sent them on to her nephew the Emperor of Austria who later gave them to Marie Antoinette's only surviving child Marie Therese of France.

"Most of the jewels in the collection were given to Robert I (1848-1907), the last sovereign Duke of Parma and Piacenza, by his mother, Louise of France (1819-1864), grand-daughter of King Charles X of France and great niece of Marie Antoinette," Sotheby's said.

On October 16, 1793, Marie Antoinette was guillotined as the revolutionary Reign of Terror raged. The following month Louis XVI met a similar fate.