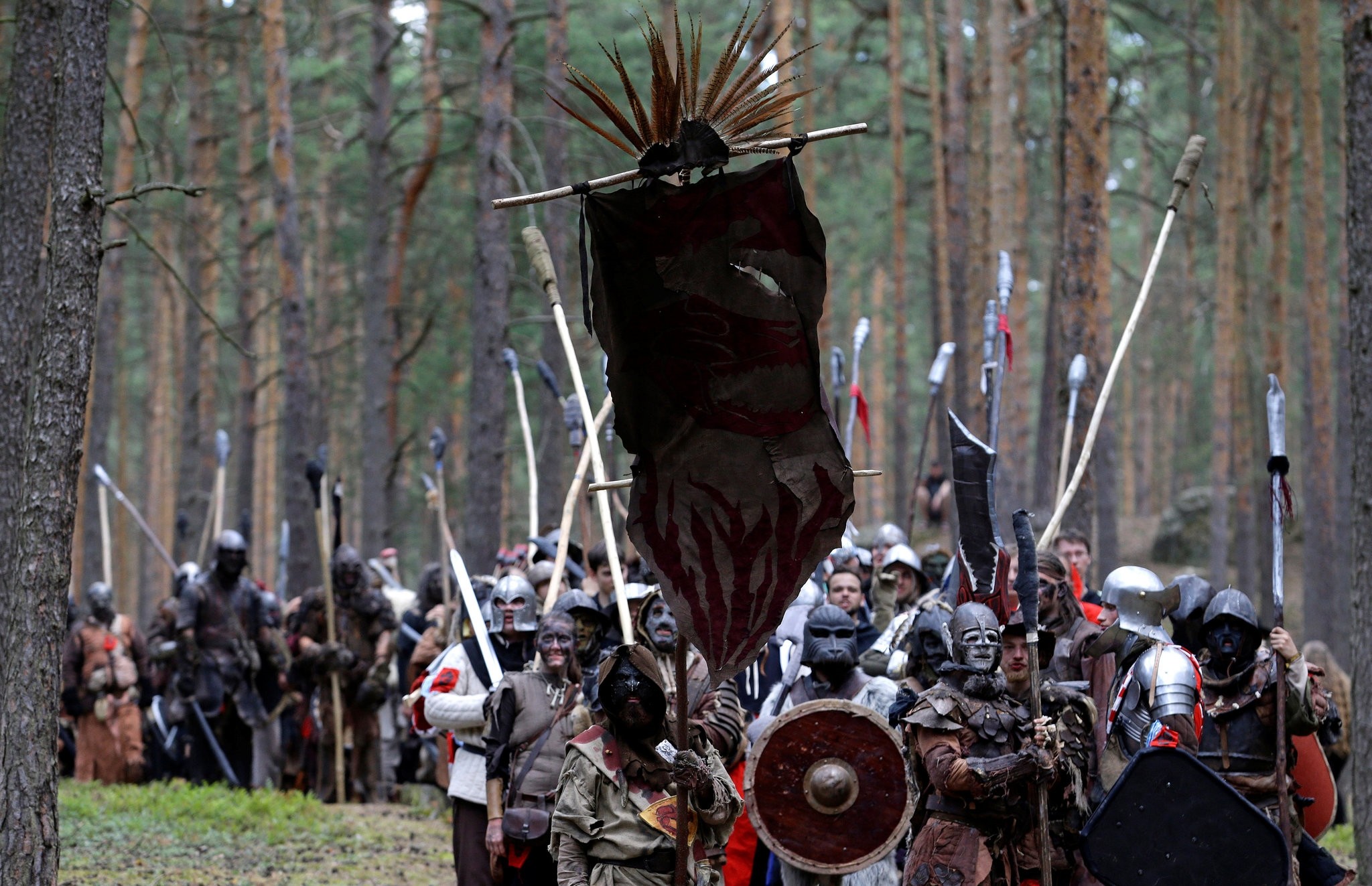 Spears crossed, swords touched and arrows flew in a Czech forest over the weekend as hundreds of fans of J.R.R. Tolkien's The Hobbit reenacted a major battle.

More than 1,000 people, dressed in costumes from Tolkien's books, took part in the Battle of the Five Armies, according to organizers of the annual event, held in a forest near the Czech town of Doksy, 80 kilometers (50 miles) north of Prague.

They fought with wooden weapons and any sharp points were wrapped in plastic to avoid injuries.

Although inspired by well known stories from Middle-earth, the results of battles at the event are not predetermined, and on several occasions the evil side has actually won.

"We come here to enjoy a great battle, great atmosphere, have a little fight and to meet people one sees only once a year," said Lucie Zavadilova, attending the battle for the sixth time.