Travel back 2,600 years in Anatolian transport 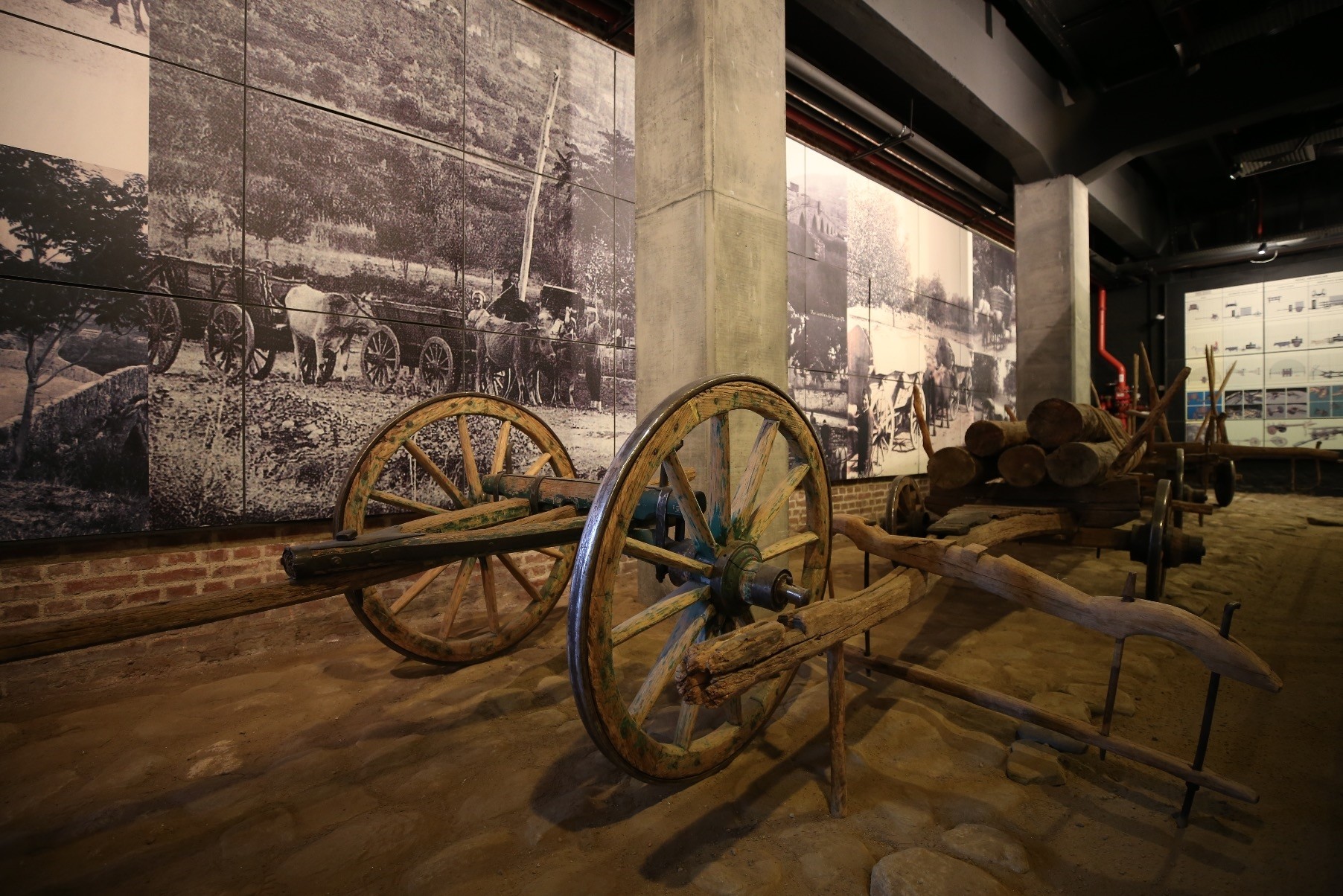 From a 2,600-year-old carriage to state of the art automobiles, Tofaş Anatolian Cars and Carriages Museum in Bursa has it all.

The museum is like a time machine for car enthusiasts. Its oldest piece, the 2,600-year-old carriage was discovered in a tumulus in Üçpınar, Balıkesir.

Opened in 2002 by Turkish automotive giant Tofaş, the museum is located in a restored silk factory that spanned over some 4,200 acres in Bursa's Umurbey district. The building was designed by architect Naim Arnas.

The display begins with the carriage and wheel pieces from Balıkesir. There is also a model carriage and phaeton workshop that features some original pieces. A primitive fire truck, which worked with a "lift and force pump" and was pulled by people, is also part of the museum's collection.

Apart from a number of carriages collected from different parts of Anatolia, the museum showcases modern day automobiles produced by Tofaş.

It also features discontinued models like Uno and Tipo, which were last produced in 1999 and 2000, respectively.

Tofaş's latest range of vehicles, Egea, is also part of the museum's display as it is placed on a rotating platform.

Last but not the least is Tofaş's multiple title-winning rally car, Palio S1600. The museum also displays the many motorsporst titles Tofaş has won over the years.

Museum Director Aylin Tatlı told Anadolu Agency (AA) that the museum has been visited by more than 660,000 people since it opened. "The museum takes the visitors 2,600 years back in time. We used the millennia-old carriage from Balıkesir as a starting point. We designed the display in such a way that it focuses on modern automobiles and the connections between Anatolian carriages and today's technology. Visitors can see the change from wheels to modern vehicles experience how it has influenced our lives."

Tatlı pointed out that automobiles produced by Tofaş are also important parts of the museum display. "We collected cars from different parts of Anatolia and carefully restored them before putting them on display. We also conduct maintenance since many of them are made of wood," she said.

The museum can be visited free of charge every day of the week except Mondays.