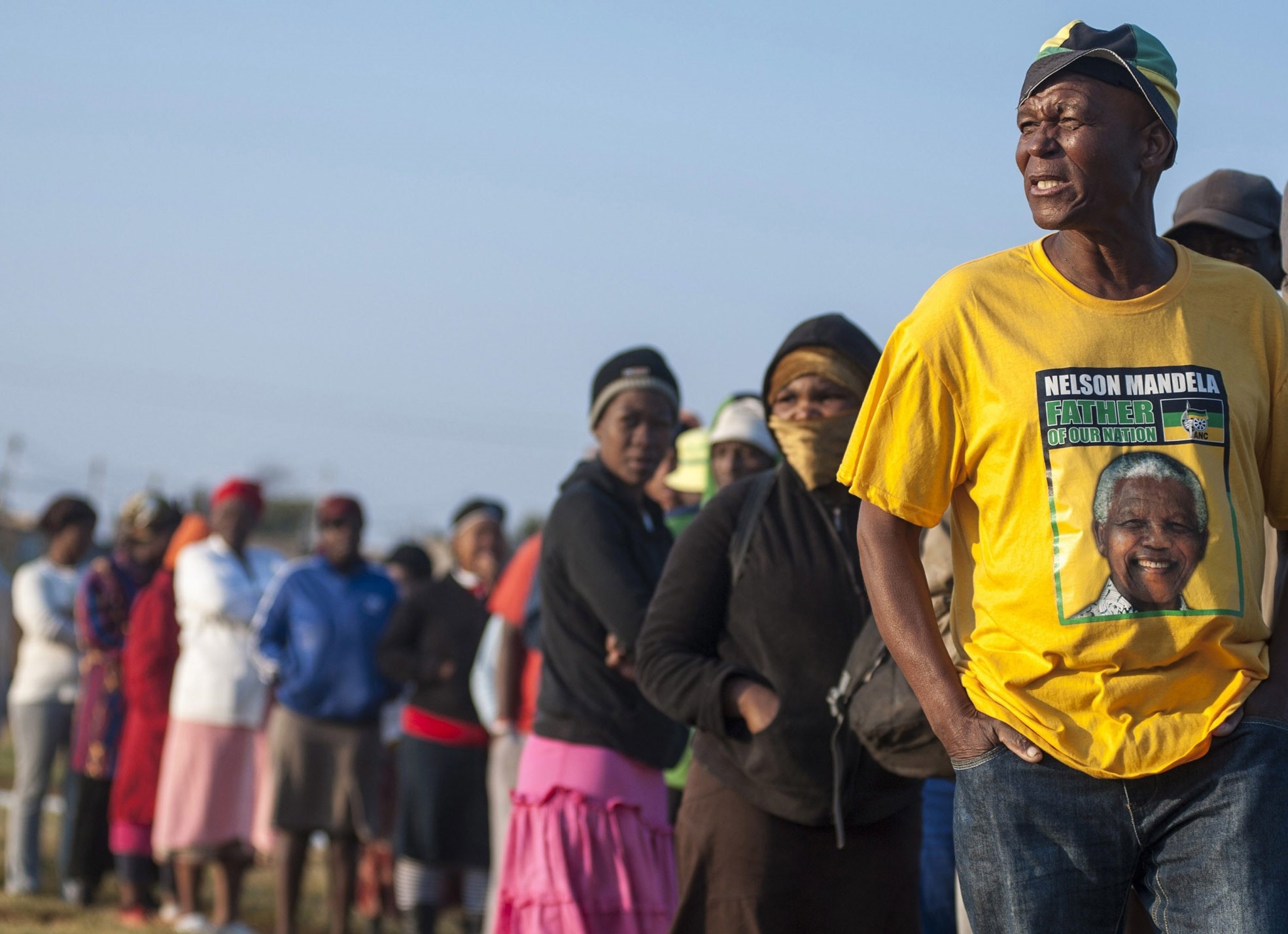 "(Skin) color gets darker the further away you are" from the town center, says Lindiwe, a middle-aged squatter explaining how land distribution in South Africa has barely changed since apartheid.

Since last July she has been squatting in a rundown building in central Cape Town, a well-off and largely white tourist area.

"Here I am close to everything. I am close to the shops, to the bus stop. There is no security issue," says the 51-year-old, who is cooking on a gas stove and will only give her first name.

Her second-floor studio apartment is in a former nurses' lodging in the chic Sea Point neighborhood. But it has neither electricity nor water, forcing her to go down to the tap on the ground floor -- which is the only water source for more than 300 people.

Beachfront and luxury stores lay a short walk from the front door of the grey, concrete four-story building, as does a stadium built for the 2010 football World Cup.

Lindiwe has a seasonal job renting out parasols but receives some money from her employed eldest children.

She once rented a home complete with functioning utilities in Gugulethu, a township some 20 kilometers (12 miles) from Cape Town.

"There were too many fights. My son was not in any gang and his life was in danger," she said softly. Her new neighbor experienced firsthand the violence of the township.

"My child was raped, my husband was stabbed with a panga (blade), the gangsters stole my bag twice. After that, my head was not right," said Nomhle, as she washed her clothes in the communal bathroom under fading light.

All the rooms in the squat were taken when she arrived in Sea Point.

But returning to her former home in the Delft township was not an option.

Instead she moved into a cupboard of little more than a few square meters, along with her husband and 15-year-old mentally handicapped daughter.

A waste bin is used for storing clothes and a mattress is propped in a corner, while the stench of paraffin permeates the entire space.

"It's dirty here but I feel safer," explained Nomhle, who with her husband sells newspapers for the homeless to motorists who pull up at traffic lights.

Owned by Western Cape province authorities, the building was taken over by squatters in March 2017. As well as having the water and electricity supplies cut, the squatters have been asked by letter recently when they would be able to leave but so far have not faced a formal eviction procedure.

South Africa has one of the world's highest crime rates, recording 51 murders a day on average. Gangs are prominent in Cape Town's townships, where most of the population is non-white, almost a quarter of a century after the fall of apartheid. Most of their white compatriots, on the other hand, live in desirable suburbs, often in secure gated communities. The situation is much the same as it was in apartheid times, when black people were forced out of the inner cities, often to live a life of hardship on the periphery.

South Africa's recently sworn-in President Cyril Ramaphosa has vowed to "accelerate" efforts to fix the gaping disparities and mend historical injustices. In cities, the government's goal is to "overcome the divide between wealthy white suburbs and black townships," according to Ruth Hall, a land expert at the Plaas Institute for Poverty, Land and Agrarian Studies.

"Black people say we want secure access to well-located land in the cities, access to land close to jobs and economic opportunities," she added. Joyce, a waitress, once spent a full quarter of her pay -- 30 rands ($2.30) -- commuting to and from her job at a Cape Town restaurant.

Since she moved to the squat in Sea Point, she has saved 20 rands a day. South Africa has built more than four million social homes for the nation's poor since 1994, one of the world's most ambitious construction efforts.

"The government failed by making us live far from the inner city. There is still apartheid," said Mpho, one of the Sea Point squatters. "End white property power," screamed a poster in Mpho's tiny room.

'What apartheid did to people'

Another issue facing the city has been resettling poor black and mixed-race residents in new homes far from the city center as gentrification accelerates. Two "resettlement camps" have opened -- 30 kilometers away from central Cape Town.

The modest social homes on offer are free but isolated and prone to crime, drugs and serious poverty, according to the Ndifuna Ukwazi organization, which advocates for fair land distribution.

"Relocating people to the outskirts is a constant reminder of what apartheid did to our people and the current government is continuing with that trend," said Nkosikhona Swaartbooi, one of the group's leaders.

"To some extent, we delivered a lot of houses -- but in the wrong place," he said. "We (the authorities) have not done enough to correct the apartheid spatial planning in our cities (but) we are making every effort to bring about spatial transformation."

Indeed the city has contributed to the construction of 4,000 social homes in 11 city center developments. But that will be unlikely to offer much comfort to the 350,000 people waiting for housing help.