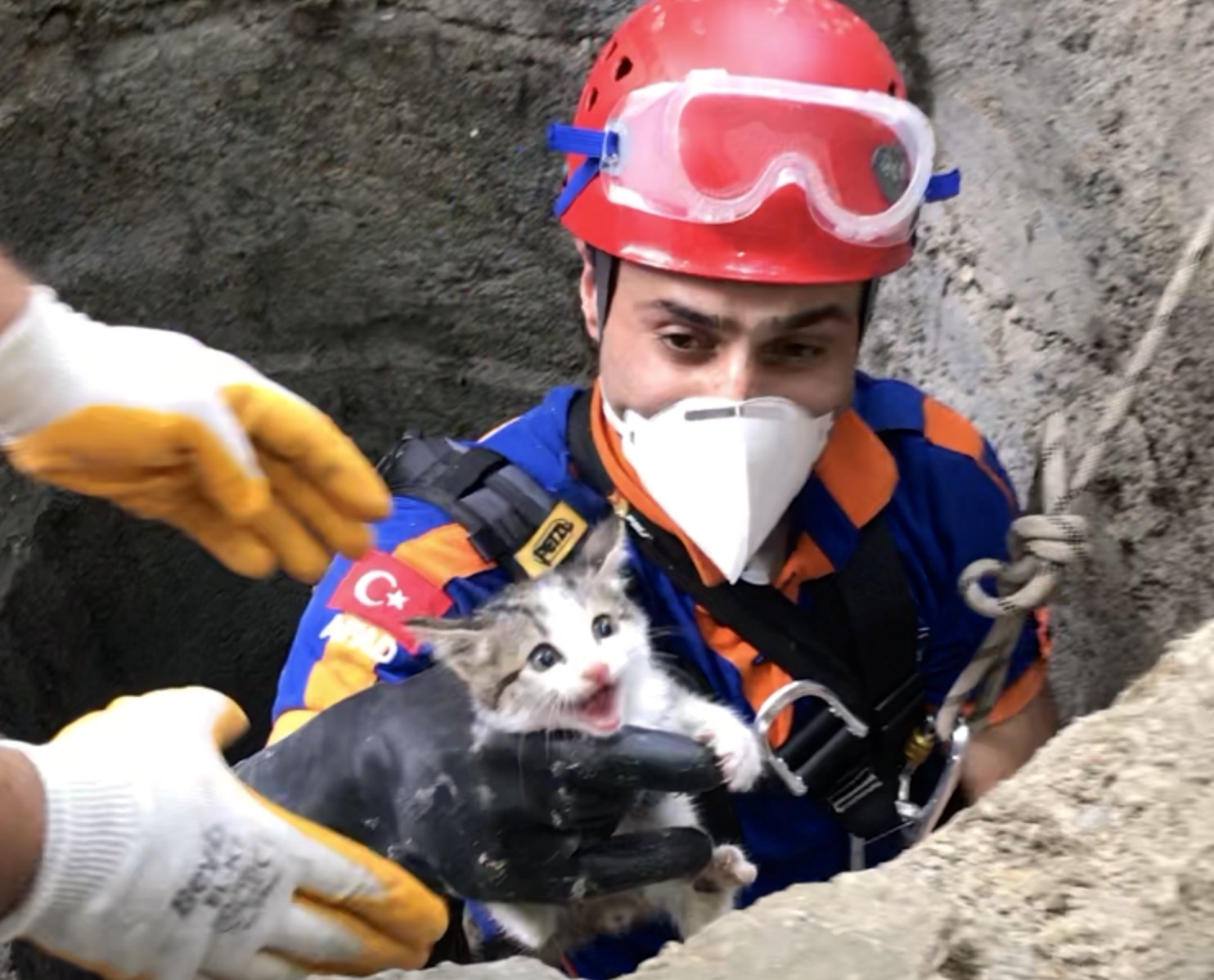 A kitten which fell down a 15-meter deep water well was rescued by Turkey's Disaster and Emergency Management Authority (AFAD) in Konya.

Local people who heard noise from inside the well called AFAD for investigation. An AFAD member went down the well and discovered the kitten in a puddle. The tiny cat was rescued and after a quick check up by the vet, the cat was given to the locals to be taken care of.

Another cat rescue took place in Zonguldak, where firefighters were notified by locals about a cat that got injured, after being squashed under an automatic shutter at a workplace.

According to information received, citizens saw the injured kitten on the street and reported the situation to a fire brigade crew. The crew came to the scene and took the injured kitten to the Veterinary Directorate of Alaplı Municipality.

Firefighters who had taken the stray and inured kitten to the vet have decided to take it in.

Speaking to Anadolu Agency (AA), Alaplı Fire Marshal Sinan Taşkın said, "Unfortunately, there is a problem in the hind legs of the kitten. A vet said that it should be cared for, for a week, (while) receiving treatment. We will take care of it here as long as we can."

Taşkın continued, "Our staff, at the Directorate of the Fire Brigade, brought the kitten to the vet's office by their own means. The vet treated it quickly. We learned its hind legs were broken. It is being treated there now. It will have an operation. If God will give this kitten a second life, we will take care of it at our office. We will name it 'Hayat," meaning life in Turkish. We will raise it with all of our staff. We are praying that the kitten recovers soon."