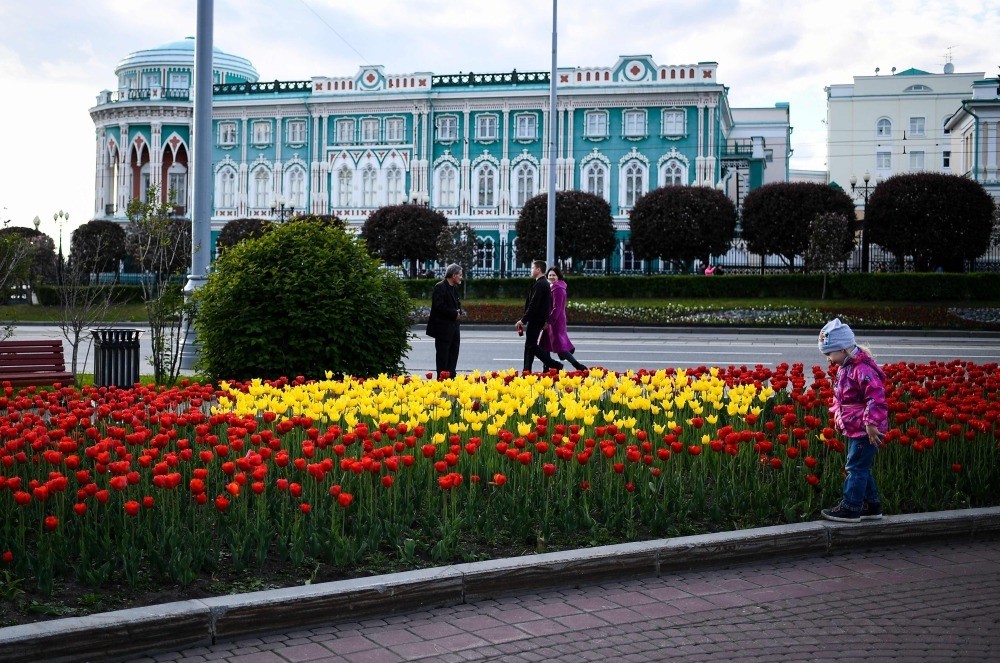 Yekaterinburg has escaped its dark past of contract killings and organized crime to become a World Cup host city with a more hopeful future. The industrial city of 1.5 million people is the most eastern of all the 11 involved in the tournament, staging four group games.

A stroll among the graves of cemeteries reveals how far Yekaterinburg has come in the past 20 years to stage the biggest sports event on the planet. Prominent among the fading tombstones of Soviet apparatchiks, professors and Red Army heroes is the well-maintained grave of Mikhail Kuchin.

His life-size and intricately engraved tombstone shows him in a suit, the keys for a Mercedes dangling ostentatiously in his left hand. It is a nod to the criminally financed and lavish lifestyle this member of the so-called "Russian mafia" led in the turbulent aftermath of the Soviet Union's collapse in 1991.

A few steps farther down in the Shirokorechenskoye cemetery, close to the city center, are buried other leading members of the Tsentrovye (Centrals) gang.

They were killed in a tit-for-tat street war that erupted in the 1990s between the Tsentrovye and Uralmash gang, named after a huge Soviet-era plant that sustained the city.

With the Russian economy imploding, the gangs battled over everything from casinos and heavy industry to "protection" - in reality extortion - of small businesses.

It is a dark period in Russia's early post-Soviet history that the people of Yekaterinburg would rather forget - if only the gravestones would let them.

"It is a notorious part of our history that we couldn't make that transition period (to capitalism) in a peaceful and a beautiful way," said Maria Tretyak, a Yekaterinburg native and expert in the city's history.

"But at that time it seems that there was no other way to make money and so many young people would really want to be members of these gangs."

Organized crime was endemic in Russian cities of all shapes and sizes, with the gangs of Yekaterinburg and surrounding Urals towns based mostly around local manufacturing plants.

In the northern neighborhood of Uralmash lies another cemetery where the gang's slain bosses - the criminal elite - take pride of place in the best lots and boast the most expensive tombstones, costing upwards of 2.5 million rubles ($40,000).

Like their Central rivals immortalized across town, almost all were killed in the 1990s before reaching middle age.

Freshly laid flowers nestle among the busts and a CCTV camera is trained on some of the tombs to ward off vandals, thieves or gawping tourists.

The two gangs came up with increasingly inventive ways to bump one another off, said Tretyak, a guide with the Yekaterinburg For You tourist agency.

According to one local legend, when one assassination attempt failed, the victim's killers wielded enough influence to turn off electricity in the neighborhood around the hospital, causing the life-support machine to fail.

"You can say that Uralmash eventually took control all over the city and were very influential, very powerful here," said Tretyak, adding that after seeing off their rivals, Uralmash's leaders either died, went into politics or started more legitimate businesses.

"Yekaterinburg has changed a lot, it is becoming more and more European and globalized," she said.

"Now it is the city administration that controls the city - not the gangs."