Turkey’s water-loving Van cats get their own pools 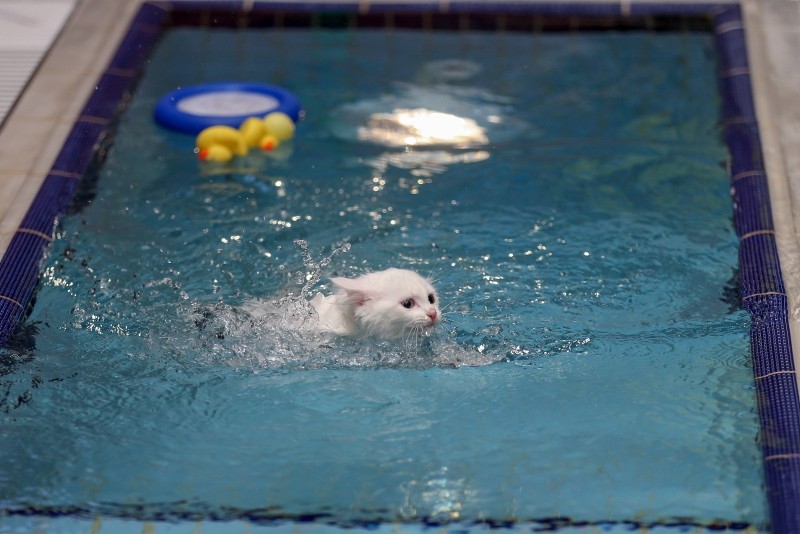 Three specially designed pools for Turkey's famous Van cats, which are known for their affinity to water and referred to as the "swimming cat," started to serve the felines in eastern Van province.

Odd-eyed and all white, Van cats are native of the area around Lake Van and have been observed while swimming in the saline soda lake, which is the largest in the country.

Mayor of Van, Murat Zorluoğlu told the Anadolu Agency that this was an unusual kind of opening ceremony: "I have attended many opening ceremonies throughout my career as a mayor but this is the first time I'm attending a cat pool opening ceremony"

According to Van Yüzüncü Yıl University Van Cat Research Center Manager Professor Abdullah Kaya, three pools were made for the cats: one for each males, females and kittens. All three of the pools were built with funds donated by a charitable businessman.