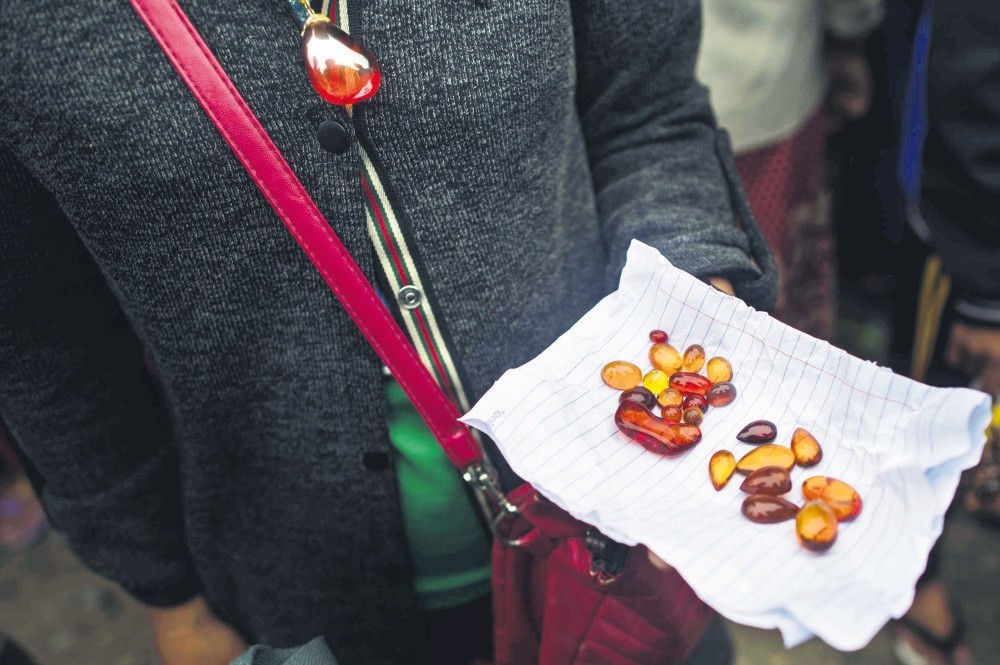 "Amber hunters" on a quest for a Jurassic Park-style discovery of dinosaur remains sift through mounds of the precious resin in Myanmar - a lucrative trade that captivates paleontologists but also fuels a decades-long conflict in the far north.

The morning amber market on the outskirts of Myitkyina, the capital of Kachin state, throngs with traders using torches and magnifying glasses to scrutinize pieces of the honey-colored fossilized tree sap.

The trading takes place just a few dozen kilometers from the fighting between Myanmar's army and ethnic Kachin rebels battling for autonomy, land, identity - and natural resources that help finance both sides.

The jade and ruby industries dwarf the largely artisanal amber trade, but the resin can still fetch big sums for whoever controls the mines.

In Myitkyina's market there is money to be made, says trader Myo Swe.

His specialty is "inclusions", sap that has trapped parts of plants, animals and even dinosaurs before hardening into amber - history suspended inside the resin.

Find the right buyer and he could pocket up to $100,000 a piece in a shady industry that sees most amber smuggled across the border to China.

"Even if it just contains an ant or a mosquito - every piece is interesting," the 40-year-old told AFP. "I value every one of them."

Amber, historically coveted as jewelry by nobility from China to ancient Greece, enjoyed a revival in popular culture thanks to the 1990s hit movie "Jurassic Park," set in a theme park where dinosaurs have been cloned by extracting DNA from mosquitos preserved in the resin.

However, most amber heralds not from the Jurassic but from the later Cretaceous Period, up to 100 million years ago.

The best preserved "inclusions" offer today's scientists and collectors a three-dimensional fossil, with some creatures even frozen mid-movement.

There are amber deposits found all over the world but, for paleontology, the mines of Kachin are "irreplaceable," explains 36-year-old Lida Xing from the China University of Geosciences in Beijing.

"The amber mining area in Kachin is the only Cretaceous period amber mining site in the world that is still engaged in commercial mining," he says. "There's no better place than Myanmar."

Lida Xing shot to fame among fellow paleontologists in 2015 when he brought back part of a feathered dinosaur tail to China from Myanmar that dated back some 99 million years.

The excitement of his discovery, though, was tinged with disappointment when he returned to try to find the source.

"They said they did not know. They had probably already sold or smashed it. This dinosaur might have even been a complete one with a head," he told AFP in Beijing.

Amateur amber hunters aside, the main challenge for traders and collectors is working in a conflict zone.

An upsurge in fighting between the army and the Kachin Independence Army (KIA) over recent years has left more than 100,000 people displaced in the region.

Leaflets dropped by army helicopters in June last year even warned people living around the mines to leave the area or be considered to be cooperating with the rebels, according to Human Rights Watch. Now only the hardiest of amber hunters attempt to go there.