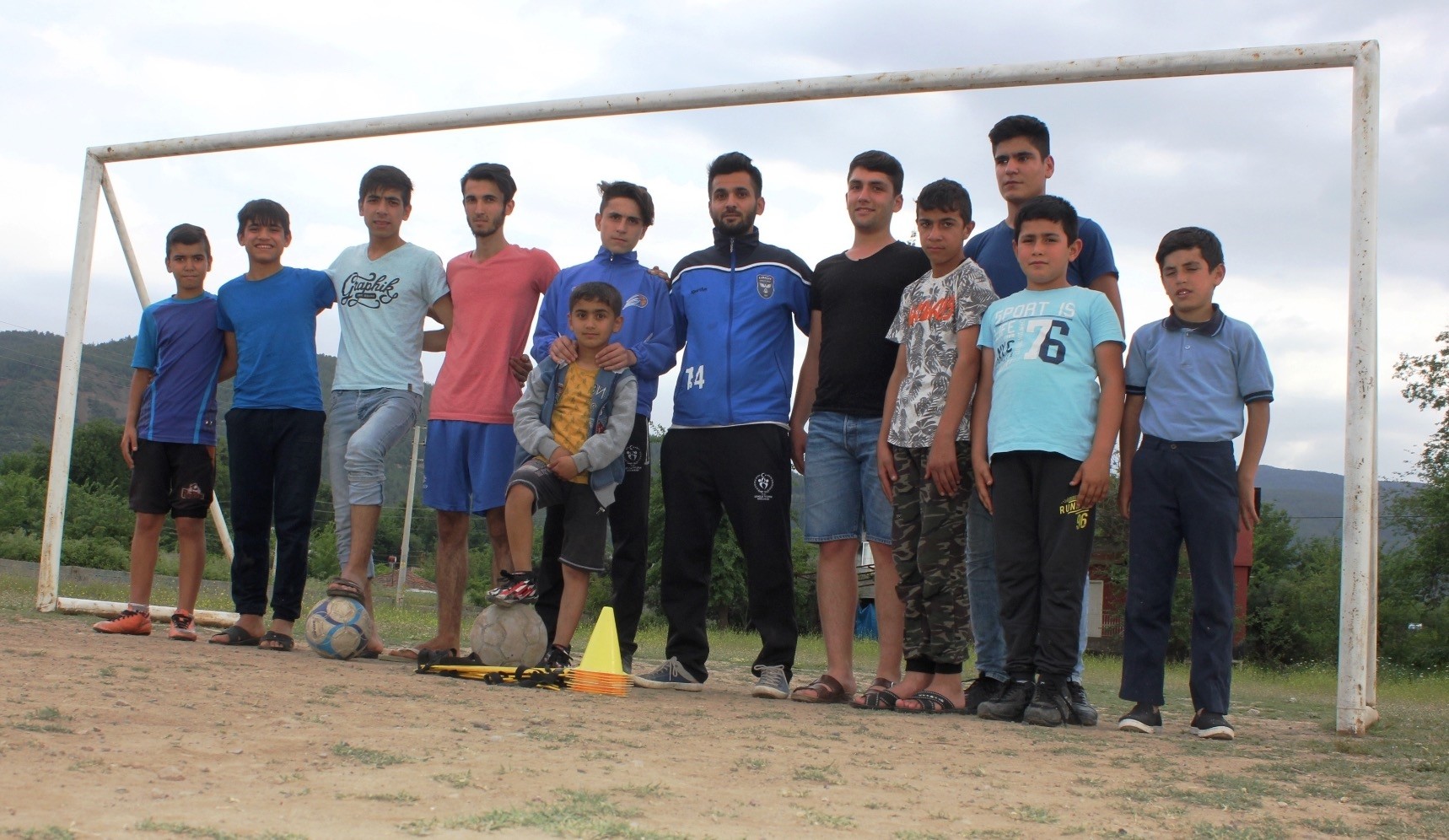 Eight childhood friends, all born and raised in the city's crime-ridden Karaçay neighborhood, founded the eponymous youth and sports club 10 years ago. The plan was to use sports to keep children and youth of the area away from bad habits.The club started off with just 15 members. Initially, the founders talked to the young people and visited their houses to persuade their parents.

Fast forward a decade and the club has so far produced more than 200 football players. Although struggling in the second amateur league, the club became an indispensable address for the youth of the area.

Talking to Anadolu Agency (AA), Soner Yiğit Karabay, one of the founders and a coach at the club, said that he grew up in the crime-ridden neighborhood and had a difficult childhood.

Karabay said that he had no opportunities for social and sports activities. "We used to play football on a piece of arid land in the neighborhood. Eight of us grew up together here and decided to open a club so that the children do not face the same difficulties we did. We want to give alternatives to the children of this underprivileged neighborhood. We did not have many alternatives when we were young. We did not have opportunities to socialize or to play sports. But we wanted to change that," he said.

He added that football was not the club's only focus. "Besides football training, we organized theaters, dramas and give musical instrument lessons. We made my house the club building. We have also built a library there.

Ömer Can Kebiş, 14, one of the footballers at Karaçay Youth Sports Club, said he has been with the club since he was six."Other than playing football matches, we attend theaters and drama lessons. We go to the cinema sometimes. Here we have had the chance to experience things that we could not even dream of. Other clubs wanted me to play for them, but I did not go. This is my neighborhood, my family."

Another club member, Muhammed Ersin Dere said that the rate was very high in the neighborhood, but the club has played an important role in improving that situation. "It has affected my school and social life positively," he said.