Guide dog helps veteran with a pair of eyes and love 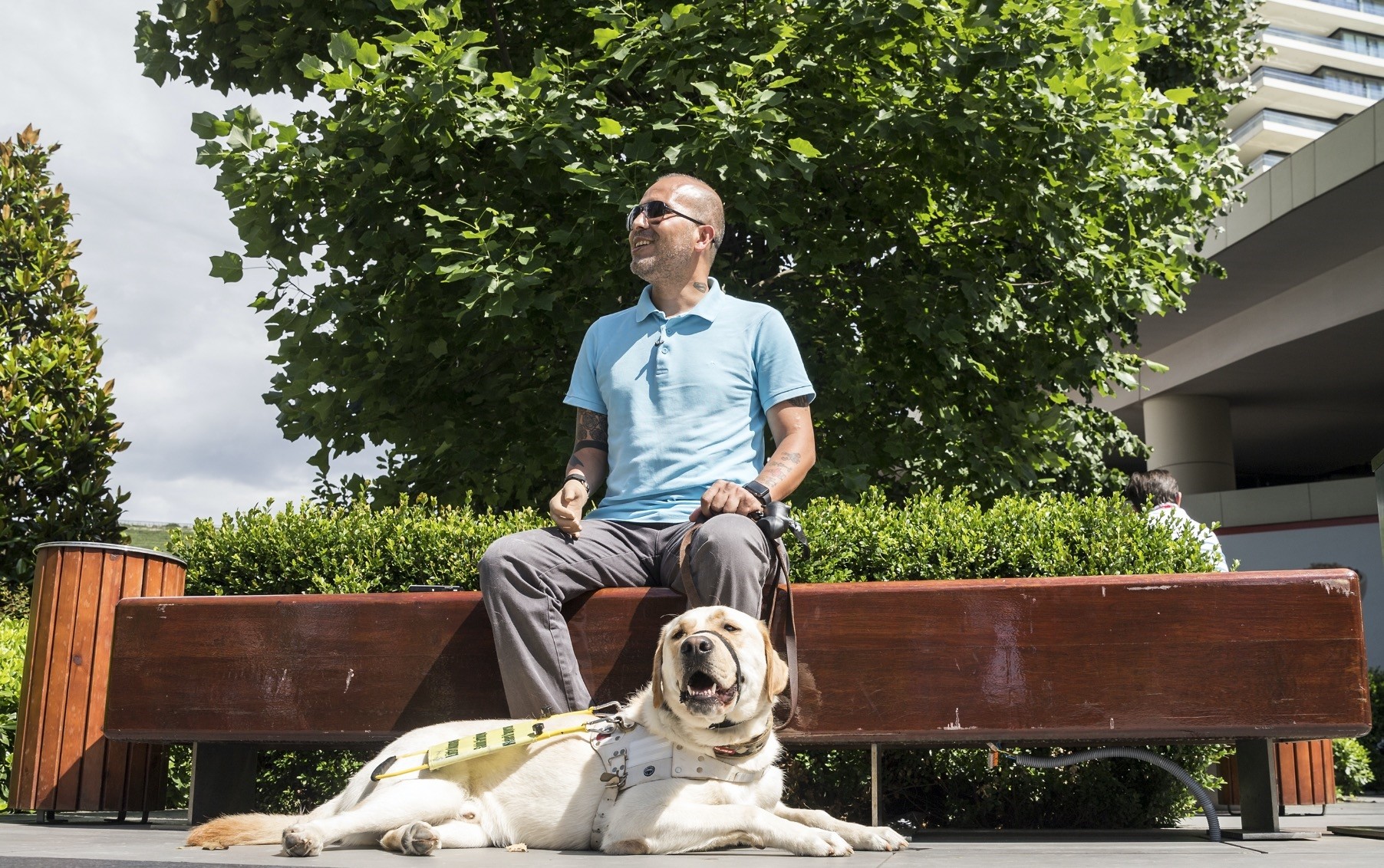 Veteran Sgt. Hasan Arısoy lost his sight and right hand in a mine explosion in Çukurca, Hakkari while he was on duty. Moving forward, Arısoy started training with his guide dog Bobby, which he says will give him freedom once again.

Arısoy, 37, who is married and has a child, was a gendarme sergeant with the Turkish Armed Forces (TSK) in 2003. He served in Eskişehir, Şırnak and Manisa before he was stationed in Cukurca's Köprülü in 2010. He moved to his hometown in Adana after two years of treatment at the Gülhane Military Medical Academy (GATA).

Continuing his daily life was difficult because he had to constantly depend on other people. And so, the sergeant applied to the Guide Dog Foundation, which he has been following since its opening, to adopt a guide dog.

He was partnered with the Labrador retriever Bobby, which was granted to the foundation by Yaşar University Deputy Dean professor Aylin Güney Gevrek in 2017.

Arısoy started training with his guide dog and mobility trainer Kübra Demirkaya, which will continue for three weeks.

Speaking to Anadolu Agency (AA), he said that he tries to get involved in the social life as much as possible and listens to audio books.

He said that he started following the Guide Dog Foundation on social media since the day it was established and watched the interviews of Nurten Tunçer, the founding president, on TV.

"I came to Istanbul for a pre-interview. Then I became partners with a dog which fits me. I met Bobby three days ago, and we have been training together. The feeling of freedom that is provided to us by guide dogs, like Bobby, is wonderful. I understood. When we started the training, we walked. Walking together with Bobby instead of holding the arm of another person feels like you are walking together with one of your friends. Bobby made me feel the freedom which I have not experienced since 2010," he said.

"Two or three weeks of our training involves Istanbul, which Bobby is accustomed to. Then, we will have training in Adana, where I live, for at least two weeks. The period in Istanbul will help us get used to each other. I will keep pace with Bobby and he will get to know me. The period in Adana will make Bobby know the places where I go, such as banks, hospitals and shopping malls," he added. "When I go out, I was generally walking, holding someone, such as my wife, mother, father or a friend, by the arm. When we walked with Bobby for the first time, I felt free because he goes everywhere that I want with my instructions. As long as we are together with Bobby, he will be my friend and my eyes."