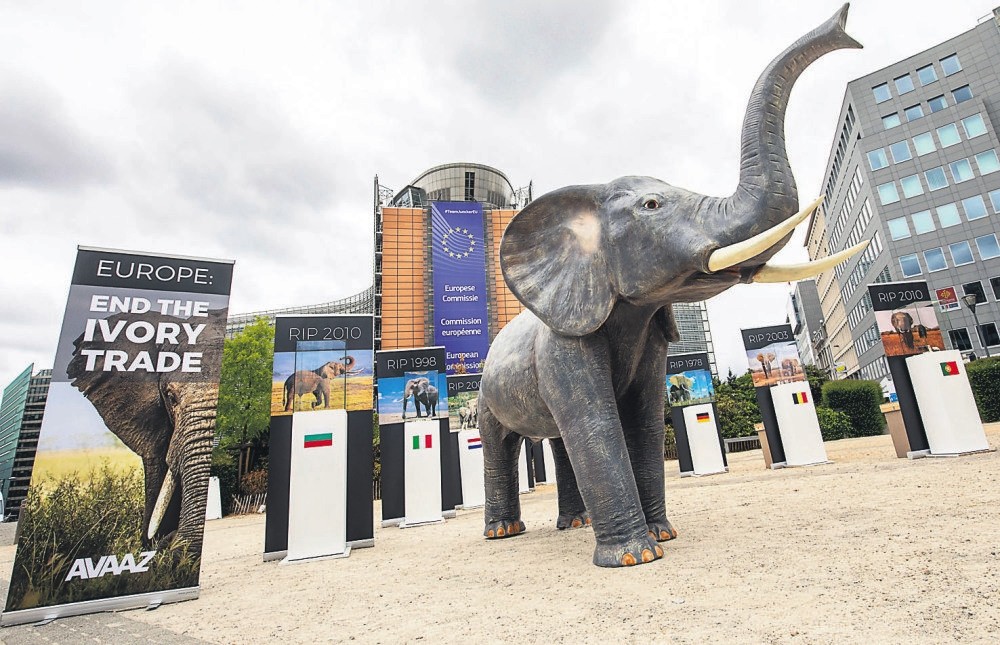 Illegal ivory, including from recently poached elephants, is being sold widely throughout Europe, the global citizens movement Avaaz said on Tuesday, calling on the European Union to implement a complete ban on the ivory trade.

In a study funded by small donations from more than 50,000 Avaaz members worldwide, more than 100 ivory items purchased in 10 EU countries were carbon tested at Oxford University to establish their age, which determines whether their sale was legal or not.

Almost 20 percent of the samples were found to have come from elephants killed after 1989, when a global ivory trade ban went into effect.

Three-quarters of the items tested were also found to be from after 1947. Items dating back to before 1947 can only be sold with government-issued certificates, which none of them had.

"This bombshell evidence proves beyond doubt that illegal ivory is being sold across Europe," said Avaaz campaign director Bert Wander.

"It must spark the end of this bloody trade. Every day the sale of these trinkets continues is a day closer to wiping out the majestic elephants forever."

The European Commission had previously said it did not have enough evidence that current laws were ineffective in stopping illegal ivory trade in Europe.

After the meeting, Vella tweeted that the study was a "very helpful contribution" to the commission as it was considering ways to better protect elephants.

"The findings prove that it's impossible to enforce the current laws without radiocarbon testing units in every police station, which is clearly not an option. The only way to ensure Europe is not tarnished by bloody trinkets is a full ban on ivory," he added.