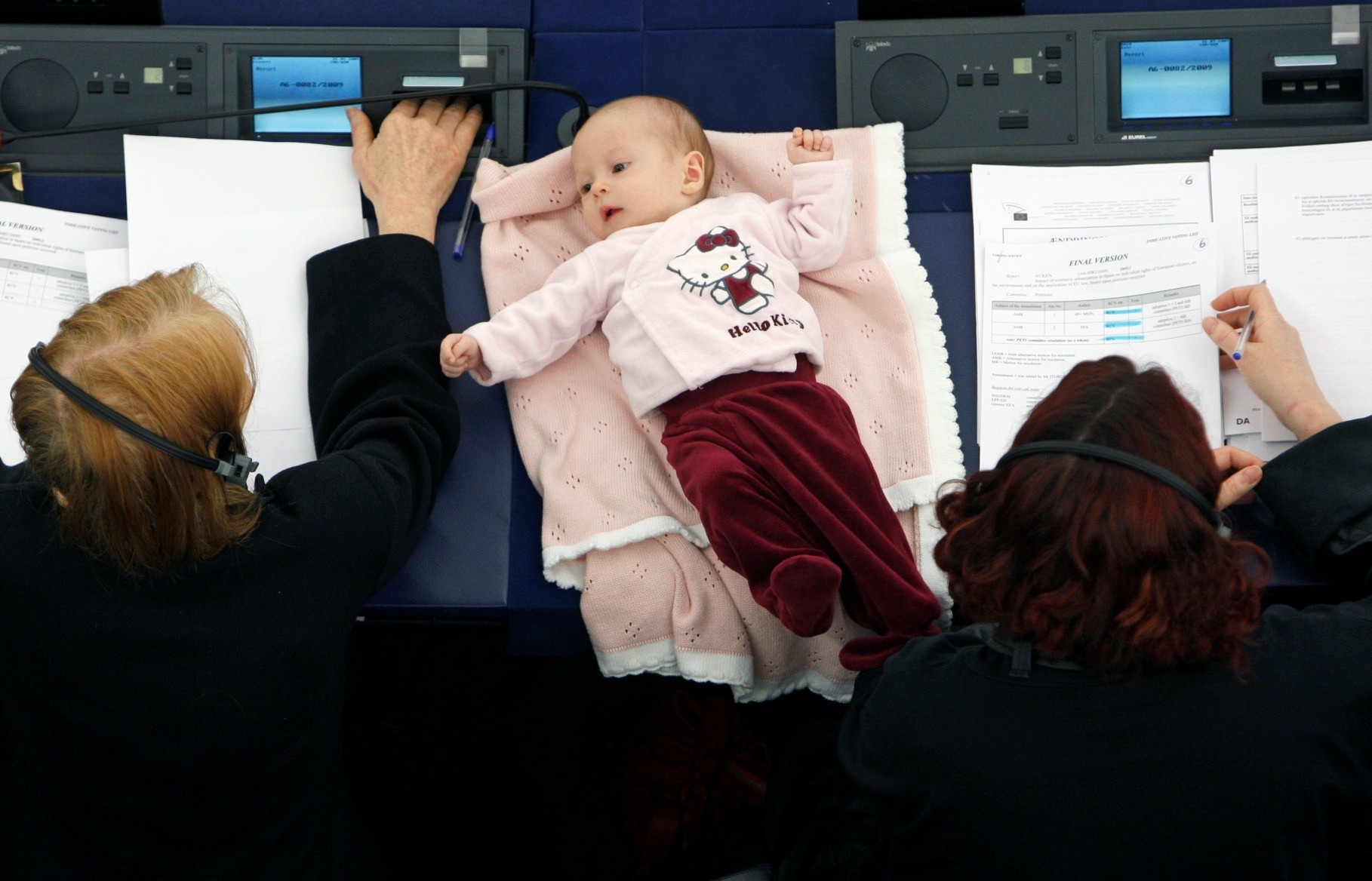 When New Zealand Prime Minister Jacinda Ardern returns to parliament after becoming only the second elected leader in the world to have a baby in office, her daughter will be allowed to cuddle with her during debates and swim in the pool.Experts say having a critical mass of female leaders whose children's needs are met is crucial to ensuring more women run for office, since female representation has remained stubbornly well below half in most legislatures globally.Progress is patchy, despite images of members of parliament feeding their babies in Australia and Canada going viral on social media in recent years.

Many legislatures, including Britain's House of Commons, do not allow babies in, which offers a challenge for any breastfeeding mothers among the lawmakers, whose day often starts early and ends late, with few breaks. In November, for instance, Japanese lawmaker Yuka Ogata was ordered to leave a municipal assembly after she brought in her seven-month-old son to highlight the difficulties of juggling a career and children.

Political parties around the world are grappling with the fallout of keeping babies out of legislatures, particularly when a parent's presence is crucial to ensure the desired outcome of a vote. For example, in April, a historic last-minute change to the rules of the U.S. Senate allowed Senator Tammy Duckworth to bring her newborn daughter, Maile, with her to vote against President Donald Trump's nominee to head the NASA space agency.

In New Zealand, men are also allowed to bring their infants into the debating chamber. Some parliaments are considering alternatives along the lines of Sweden's Riksdag, which offers formal parental leave, including for men, while Britain's House of Commons is debating arrangements for proxy voting to assist new parents. In New Zealand, representatives can use a childcare center and rooms with changing tables and toys, and the speaker has also opened the pool to children, besides adding highchairs in parliament's cafe and ordering a playground built on its lawn.

New Zealand's Parliament already allowed mothers to bring babies into the debating chamber to feed them, but the Speaker expanded that rule to allow young children to be present at any time to bond with their parents. Ardern, who found out she was pregnant unexpectedly just days before becoming prime minister in October, gave birth to her first child, Neve Te Aroha, on June 21.

She was the first pregnant elected leader to do so since Pakistan's Benazir Bhutto in 1990.

Ardern has already got a few tips from first-time MP Willow Jean Prime, who arrived in New Zealand's parliament in September with her seven-week-old daughter, Heeni.

"In that time I think we definitely tested every element of this place and whether it was as child- and family-friendly as it could be," Prime told Reuters in her office, equipped with a sleeping basket and a stash of swimming diapers.