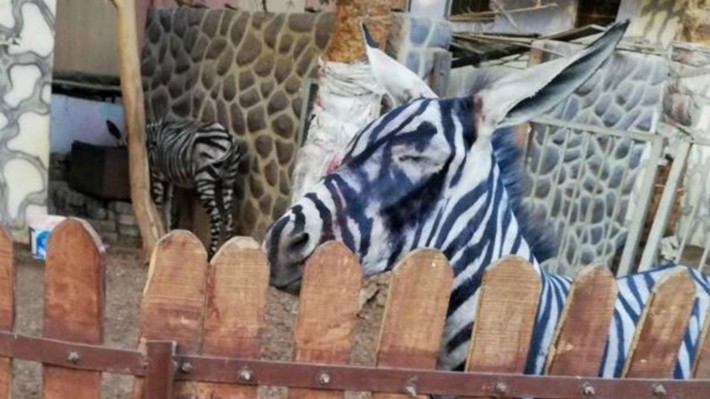 You can't always trust the exhibit signs at zoos, or so one Egyptian student is claiming after he suspected a zebra at a Cairo zoo was an impostor.

Mahmoud A. Sarhan took a photo of what appeared to be a donkey painted with black stripes to resemble a long-eared, miniature-sized zebra during a visit to the International Garden municipal park in the Egyptian capital. He said there were two similarly-marked animals in the enclosure.

The photo quickly went viral on social media, and Egyptians veterinarian told local media the animal was a donkey. 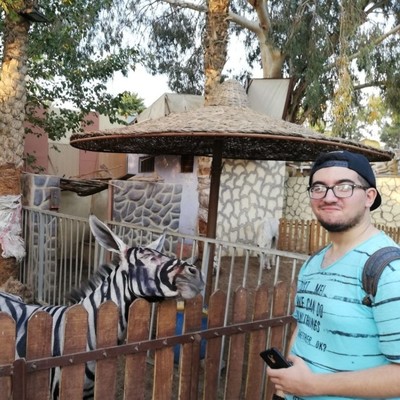 Some who saw the photo have pointed out that zebras have a large, shaggy mane and shorter, rounded ears that the creature in the Cairo exhibit. The "stripes" on the photographed animal also appeared to have smudged in the heat.

Zoo Director Mohamed Sultan, however, has denied accusations that the animal is a fake.

It's not the only time a zoo has filled an exhibit with something other than what's on the sign.

In 2017, a zoo in China's Guangxi province opted for lower-cost, less-smelly inflatable plastic penguins. And, a zoo in Henan province in 2013 hoped guests wouldn't notice that its African lion exhibit was actually home to a Tibetan mastiff dog.