A life changed with wood carving 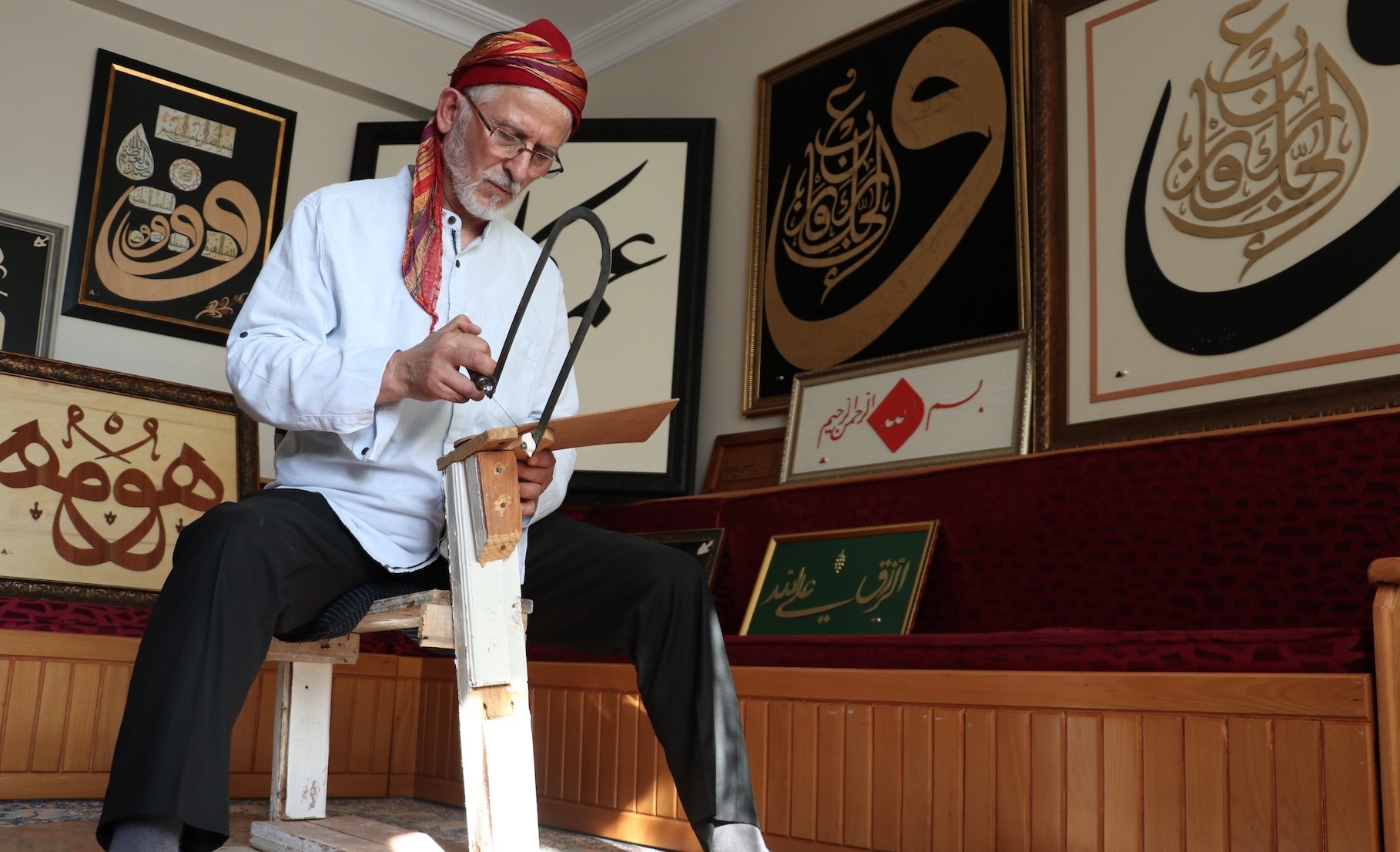 Avni İnci, 68, has been dealing with the art of naht, which is shaping wood by carving, for 40 years ever since he was impressed by works created with naht at a gallery where he went for an interview when he was a journalist.

Creating via naht, described as making relief shapes with wood, for 30 years while also a literature teacher at a private teaching institute, İnci has sent his work to Pakistan, Saudi Arabia and the U.S.

Speaking to Anadolu Agency (AA), İnci said he is originally from Sakarya province and came to Bursa province and was a journalist for some time there.

Noting that artist Atıf Özbilen opened a gallery, Wooden Embroidery, in Istanbul and exhibited some works, İnci said, "We, as two friends, had an interview with this artist. He gave us much information about this art. He said that this art is really enjoyable and helps to get rid of stress and that he was called a woodworm. I decided to deal with this art there. He created things such as houses, flowers, trees and automobiles. I decided to practice it with calligraphy; then I started my work, buying a fret saw. I was both mentor and protégé. I had some difficulties. I learned techniques by myself by my own means."

Pointing out that there are some works prepared with this art at the Grand Mosque in Bursa that inspired his work.

Working as a journalist for five years and as a teacher for 30 years, İnci continued this art while a teacher and did not abandon it for 40 years.

Stressing that he gives his works to friends as a gift, İnci added: "I opened my first exhibition at Irgandı Art Bridge in 2013 at the recommendation of one of my friends. I took part in more than 20 solo and group exhibitions in Istanbul, Ankara and many other cities. My works draw attention. Even if we do not have much economic support, I continue this as a hobby. I do not complain as I do not earn my keep from it."

Mentioning he generally uses planks like poplar, plywood and oak, İnci implied that he completes work according to its size and labor. While it can take days sometimes, he can also extend it for a month.

İnci highlighted that an art like naht should be sustained and that there have been good developments in this field since the '80s. He said that everyone can perform this art but it takes a while to perfect.

"I sent some works to Pakistan, Saudi Arabia and the U.S. We can also start private demands. However, I need to take part in events. One of our Pakistani friends bought a work of mine. An American woman married to a Turk liked two of my works at the Tayyare Cultural Center (TKM) and bought them. Another friend sent one of them to his relative in the U.S. If we do not consider the works that I made before I retired, I think I created more than 500 in seven or eight years," he said.