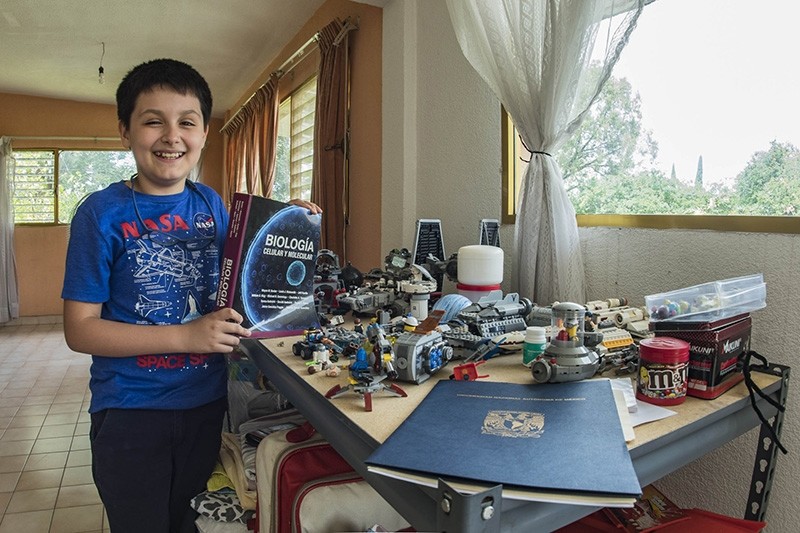 A 12-year-old Mexican boy has been admitted to study biomedical physics at one of Latin America's top universities, where he will start his first semester on Monday.

Carlos Antonio Santamaria Diaz will be the youngest ever to study at the National Autonomous University of Mexico (UNAM) after passing the entrance exam with a perfect score, the university confirmed Thursday.

"I only want to study; if they close the doors to me, I will get in through the windows," UNAM quoted Santamaria as saying.

"He will not be an infant in the land of giants, nor a budding adult characterized as a child; he is a student of high cognitive capacity, playful and shy, who has challenged time and administrative conventions," the university said.

Diaz – from the city of Cuernavaca, 90 kilometers (56 miles) south of Mexico City – has been in touch since 2015 with the university in the capital, where he has already done some studies in analytical chemistry, biochemistry and molecular biology.

The entrance exam was hard, because "I was still not doing very well with integrals" in mathematics, said Santamaria, whose interests include cell reconstruction to cure diseases.

Diaz had previously raced through school, though he attributed his success to his parents.

"My parents have done more than me, they have prepared everything, and I only study and pass the exams," he said.

Founded in 1551, UNAM is the oldest university in North America and the largest in Latin America.