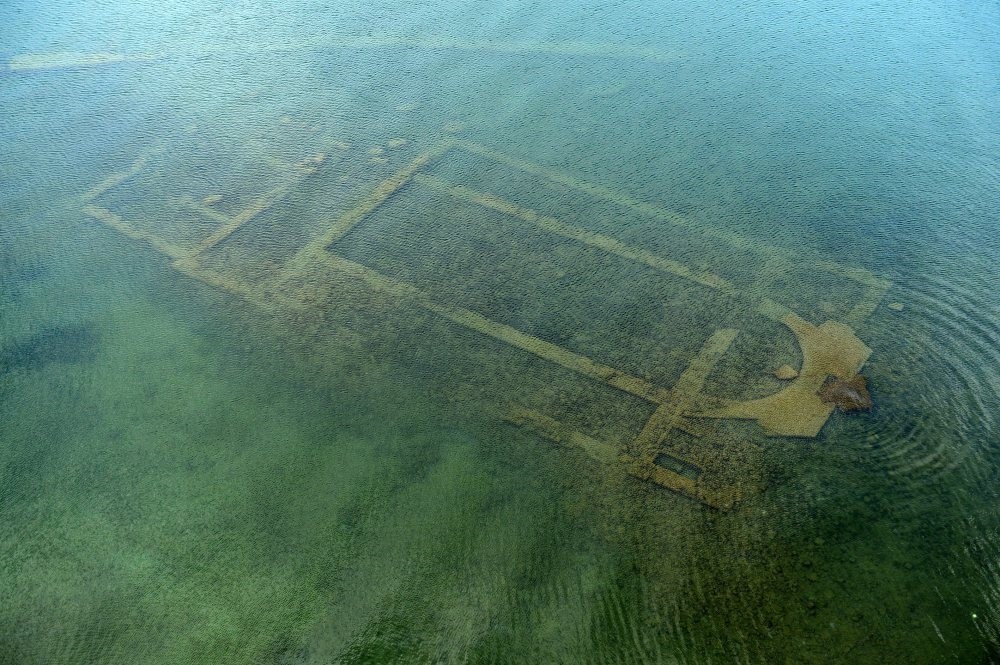 The İznik district of Bursa province, famous for its beautiful tiles, will soon be in the spotlight as the home of Turkey's first underwater archaeological museum

The basilica is located at a depth of 1.5 meters and 20 meters from the shore of the lake in the İznik district of Bursa province. The structure, built 1,500 years ago on behalf of Saint Neophytos, will be turned into an underwater archaeological museum.

According to a written statement released by the Bursa Metropolitan Municipality, Metropolitan Mayor Alinur Aktaş welcomed Uludağ University Faculty of Arts and Sciences faculty member and head of the university's Archaeology Department, professor Mustafa Şahin, who evaluated the museum project, where excavations are being carried out jointly with the Metropolitan Municipality, the Culture and Tourism Ministry and Uludağ University around the 1,500-year-old basilica.

Aktaş said Turkey's first underwater archaeological museum will be built around the basilica and will be open for tourists.

He further added that they have prepared their projects and submitted them to the Culture and Tourism Ministry. They will start the project as soon as they get approval. The project will kick off by building a museum on the shores of İznik Lake. 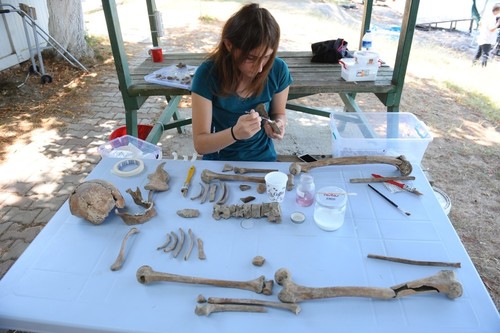 Items found at the excavations site of the basilica will be exhibited in the museum that will be built on the shores of Iznik Lake.

Aktaş said they will be building a 20-meter tower where the basilica is located, and the findings of excavation will be exhibited in the museum. "The tower will offer visitors the chance to view the area during the day and night. In addition, the excavation site will be open for divers. When the construction of the museum is complete, it will make a great contribution to tourism." Aktaş stated.

Findings will be exhibited in the museum

Noting that the archaeological museum to be opened once the excavation is complete will contribute greatly to tourism, Aktaş said the items found during the excavation will be exhibited in the museum and that the remains can be viewed from the tower.

Saying construction for the museum will commence immediately after the project is approved by the Culture and Tourism Ministry, Aktaş emphasized that the historical artifacts found in the excavation area will be on display for visitors in the museum, and there will be classrooms for diving courses and offices for assigned archaeologists.

Aktaş said they will be building a tower with a bird's eye view of the historic basilica. The 20-meter-high tower will be used by visitors and designed to facilitate day and night sightseeing visits. "Those who are interested can examine the excavation area within the designated hours. The historical remains will be visible from the tower," Aktaş added.

"By establishing an underwater archaeological museum, we will be both making a first in Turkey and providing a historical viewing area of a site that stretches back centuries. There will be professional diving courses offered as part of the project. Those who are interested in diving can come and take courses, and later dive to the excavation site after the course. It's a versatile project in every respect. We are looking forward to getting started," he said.

The current excavation will not be affected by the museum project and work will continue after the museum is commissioned, as well. "Our research isn't just limited to the area 20 meters from the lake, but the surrounding area is also being scanned. We may come across other sites, as well," Aktaş continued.

Mustafa Şahin said their aim is to turn the basilica region into an institute that will provide continuous national and international training for underwater archaeology.