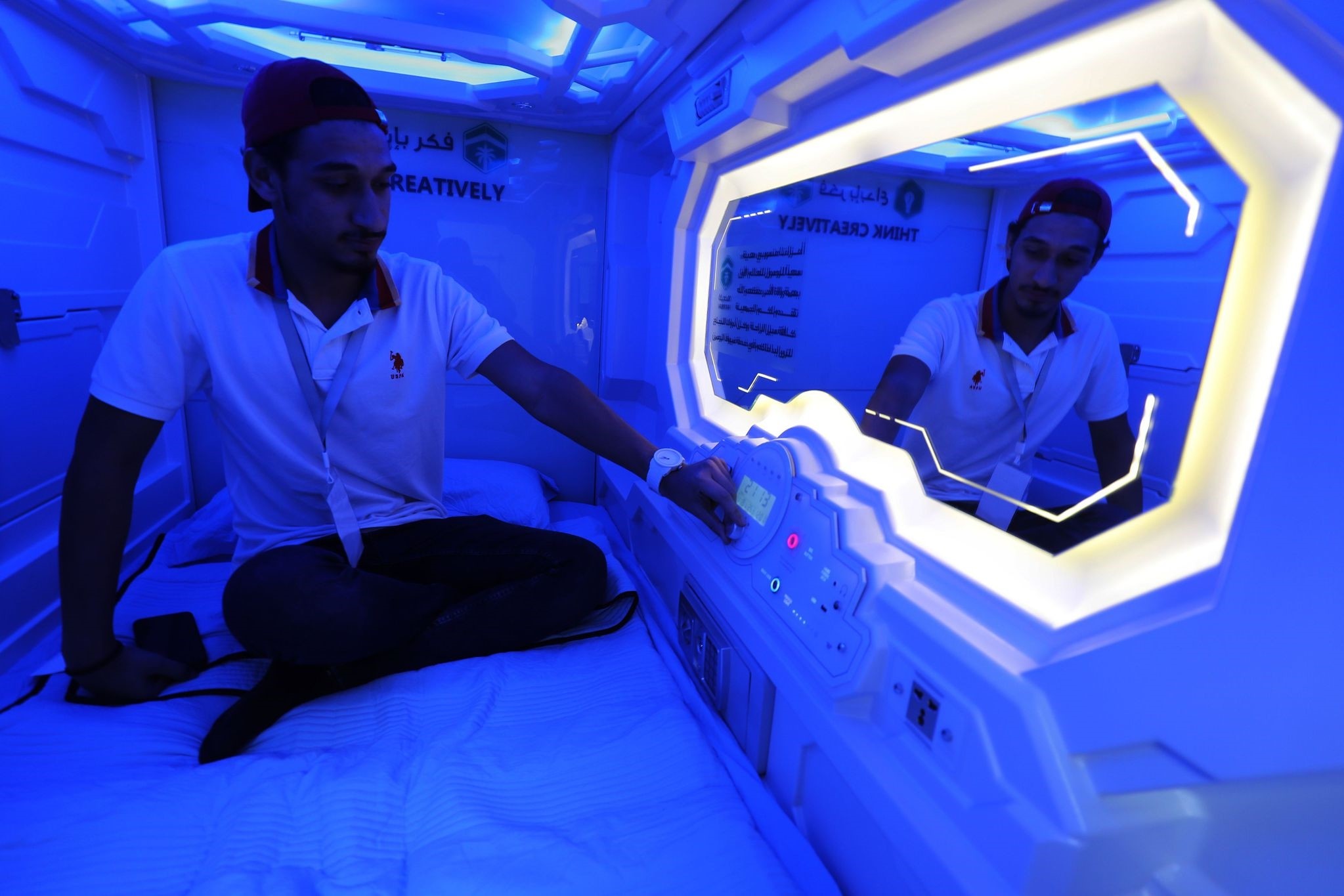 Mansour al-Amer swipes a card to reveal a narrow sleep pod, reminiscent of Japan's famed capsule hotels. But this pod is in Saudi Arabia, where the Muslim hajj pilgrimage begins Sunday.

The kingdom has plans to introduce capsule rooms in the western city of Mina in the coming days, as an estimated two million Muslim faithful gather for the six-day hajj, one of the five pillars of Islam.

The free nap pods are part of new measures Saudi Arabia is rolling out this year in a bid to modernize the centuries-old practice of hajj.

Amer is the head of a Saudi charity, the Haji and Mutamer Gift Charitable Association, which is offering between 18 and 24 capsules for pilgrims to nap in for free in the coming days.

Each fiberglass pod - less than three meters long and just over one meter high - features a mattress, clean sheets, air conditioning and a large, well-lit mirror.

The pods can be lined up horizontally or stacked vertically to save on space.

"We are always thinking about pilgrims and how to make them more comfortable during the rituals of hajj," Amer told Agence France-Presse (AFP).

The nap pods provide a solution for pilgrims of limited means who cannot afford to book hotels on site but need a quick rest during hajj.

Each napper will have three hours of access to the pods, which are imported from Japan at cost of around $1,114 each.

When the pilgrim wakes for prayer time workers will sterilize the pod before handing it over to the next pilgrim.

"We believe it's extremely well-suited for crowded places in our holy sites and in Mecca."