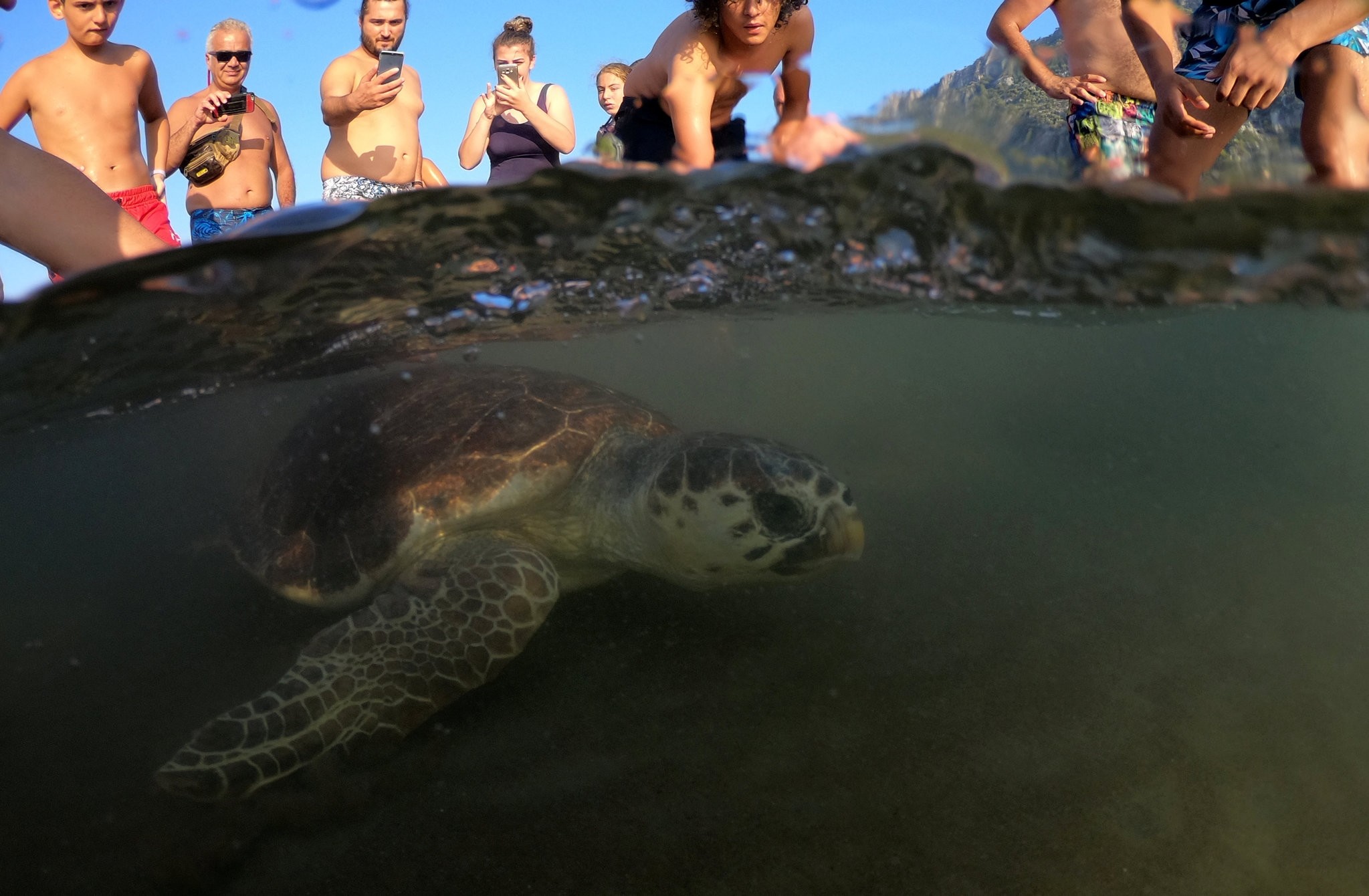 June Haimoff first stumbled across a loggerhead turtle on Turkey's southern coast more than 30 years ago. It was a chance encounter that changed her life and the future of the beach she was wandering along.

Already beguiled by the 4 km (2.5 mile) stretch of sand, which forms a natural barrier between the Mediterranean Sea and the reed-lined freshwater inlets of the Dalyan River, she set up home there in the 1980s and soon fell in love with the turtles.

Three decades later the 95-year-old Englishwoman still has a shed overlooking İztuzu beach, which she has campaigned to protect from developers and to preserve as a natural environment where the threatened turtles can breed.

"When I first saw a sea turtle laying eggs, I watched without moving. I remember tears in my eyes," she said. "From that day I started to collect any kind of information about them that I could."

In 1987, Haimoff and a group of friends fought successfully to block a hotel construction project which would have endangered the turtles' breeding ground on the beach.

Since then the beach has remained under protection. All construction is banned as well as artificial lighting at night, when holiday makers are kept away and the turtles come ashore to lay their eggs.

When Haimoff started her campaign, the number of turtle nests on the beach had fallen to 200. Now it stands at 500, meaning that 20,000 baby turtles take to the sea every year.

The loggerhead turtles, along with green turtles which also live along Turkey's coastline, are two of the nine types of turtle in the Mediterranean. The animals, which date back 150 million years, have a lifespan of 100 to 150 years.

After its conservation success, İztuzu also became a regional focus for turtles, with the establishment 10 years ago of the Sea Turtle Rescue Center, which treats injured turtles from beaches across Turkey.

The group's president, Yakup Kaska, who first volunteered at İztuzu in the early days of the conservation project, says the main threats the turtles face are getting struck by boat propellers, swallowing or getting tangled in fishing lines, and eating clear plastic items which they mistake for jellyfish.

Haimoff, fondly known as "Captain June" because of her love of the sea, teaches visitors about those threats to the turtles, and trains her young students in environmental preservation.

"I'm a woman in love with the turtles," she says.