Kakava flame to burn for women in local festival 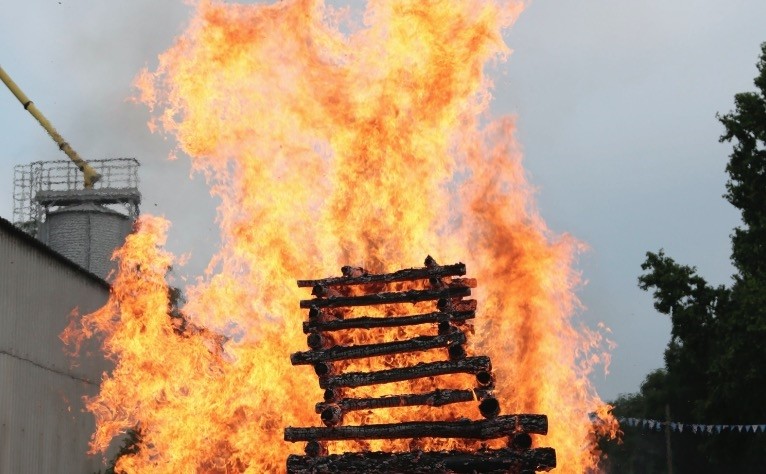 Set to take place between Sept. 12 and 15, the Karagöz Culture, Art and Kakava Festival's theme of "Children" last year is being followed up by "Women" this year.

Many famous artists will participate in the festival where the 1,600-year-old Kakava flame will burn in all its glory. While bringing together the people of Kırklareli, countless events will add color to the festival.

The people of Kırklareli will enjoy four days full of conversations, panels, exhibitions and concerts.

FAMOUS FLAME LIT IN THE EVENING

The festival will begin with a cortege that will start at Özgürlük Park at 5:30 p.m. on Wednesday, Sept. 12. The events will continue with the lighting of the Kakava flame in the festival area at 6:30 p.m.

Known as the traditional Karagöz play's head cap, the "Işkırlak" is traditionally presented to a worthy artist at the festival each year. Past winners of the award include Ali Poyrazoğlu in 2016 and Zihni Göktay in 2017. This year's winner has been announced as Turkish actress Demet Akbağ.

THE THEME IS 'WOMEN'

Kırklareli Mayor Mehmet Siyam Kesimoğlu said: "Our festival has been organized for more than a quarter of a century, and we're organizing the 28th this year. While last year our festival's theme was 'Children,' this year's theme is 'Women.' We made this decision to raise awareness for women who were killed, raped or violated. We want the murders of and violence against women to end."

Kesimoğlu said that they have prepared a full program, and added: "The program will be fun, encourage learning and allow visitors to explore novelties. We're expecting a high turnout for the festival."