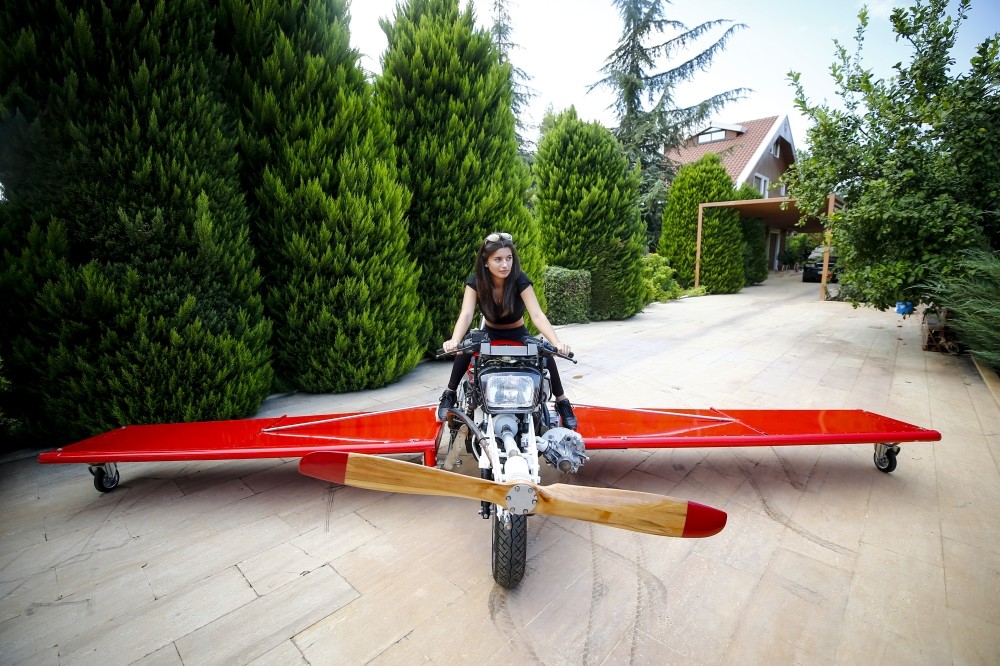 Fifty-year-old Mahmut Leventoğlu always wanted to build an aircraft that could fly among the clouds.

However, the aircraft he had in mind was nothing similar to a plane - Leventoğlu wanted to build a flying motorcycle.

After working at a car factory in Germany for 30 years, Leventoğlu returned to his homeland Antalya three years ago to fulfill his dream.

At first, his friends and family didn't really pay attention thinking that it was just a temporary ambition and would die soon. But after he finished the design phase of his project, he began to earn the respect of his social circle.

And after three years of hard work, Leventoğlu is ready to debut his aircraft, which he claims is ready for takeoff.

He fitted a propeller and two wings to a motorcycle, which he said he paid TL 70,000 ($11,207) for. The inventor said the motorcycle can fly at a top speed of 200 kilometers per hour and each of its two wings stretch to 2.25 meters

Leventoğlu is a bit upset that he has not been able to get a permit from authorities to test his flying motorcycle.

"No one believed in me but I realized my dream," said the inventor. "My primary aim is to enable people to get from one place to another without getting stuck in traffic. I am currently awaiting a permit to test my aircraft. There is a helicopter track in Antalya but they are not giving me permission until I get a permit," he said.