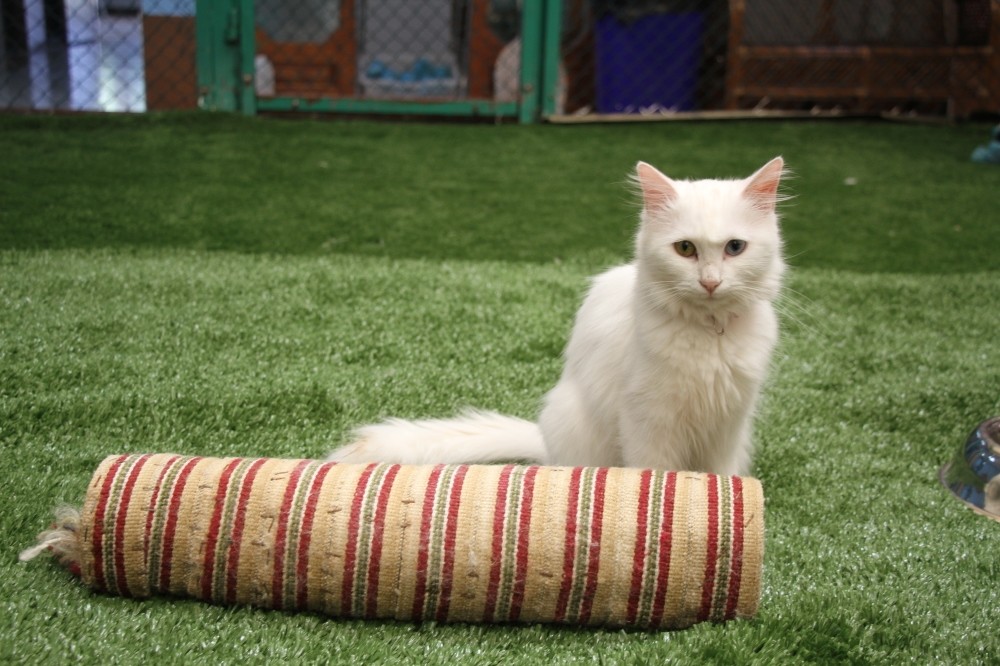 Interest in Turkey's unique Van cats is growing both at home and abroad, according to experts on the distinctive breed.

With its project "A Van Cat in Every Household," which started five years ago, the Turkish Van Cat Research Center is raising awareness and interest in these fetching felines.

Located in the eastern Van province, the research center, working under the auspices of Yüzüncü Yıl University, was founded in 1995 with the goal of preventing the prized breed from going extinct.

Van cats can be categorized according to the color of their eyes and their fur. While some feature mismatched eyes, with one blue and the other amber, others have only blue or amber eyes. In terms of the fur, some are completely white while others have a dash of brown above their ears, head or on their body.

Interest in the campaign to protect the Van cat species is growing steadily, with the center getting around 500-600 visitors daily. People who want to raise the city's most important living cultural heritage in their homes apply to the center in hopes of getting a cat. The center however is only able to meet 5 percent of the domestic demand for Van cats. Last year this time around a total of 150 cats were distributed to new owners across the country, but in the first nine months of 2018, this number has already reached 200.

Speaking to Anadolu Agency (AA), Abdullah Kaya, head of the Turkish Van Cats Center, said that cats are a unique species worldwide. He said the interest in Van cats is on the rise, Kaya said that the cats are loving, trainable and make excellent house cats.

"Van cats and all their distinctive abilities are protected. If Van cats have a certain ability, we're trying to protect and develop it."

Referring the cats famed love of swimming, he added: "We're trying to develop its abilities related to water by doing selection and scientific research. Interest is rising both in Turkey and abroad, but sending the cats abroad is banned, and we can only meet 5 percent of the domestic demand."

Kaya said that the center is planning to do a census of the Van cats in the region to get an accurate head count.

"We'll also do a study on the visual aspects of these cats," he added.

Gül Kanbay, who was visiting the center from Istanbul said that she supports the project. "Human love begins with animal love. Let's raise our children with these cats," she said.

Hikmet Kapıcı, who has been raising Van cats at home for years, also supported the project. "These animals are very special," he said, stating that not only Van cats, but other animals living on the streets deserve care as well.