Inseparable duo: A hawk and a Turkish man's wild friendship 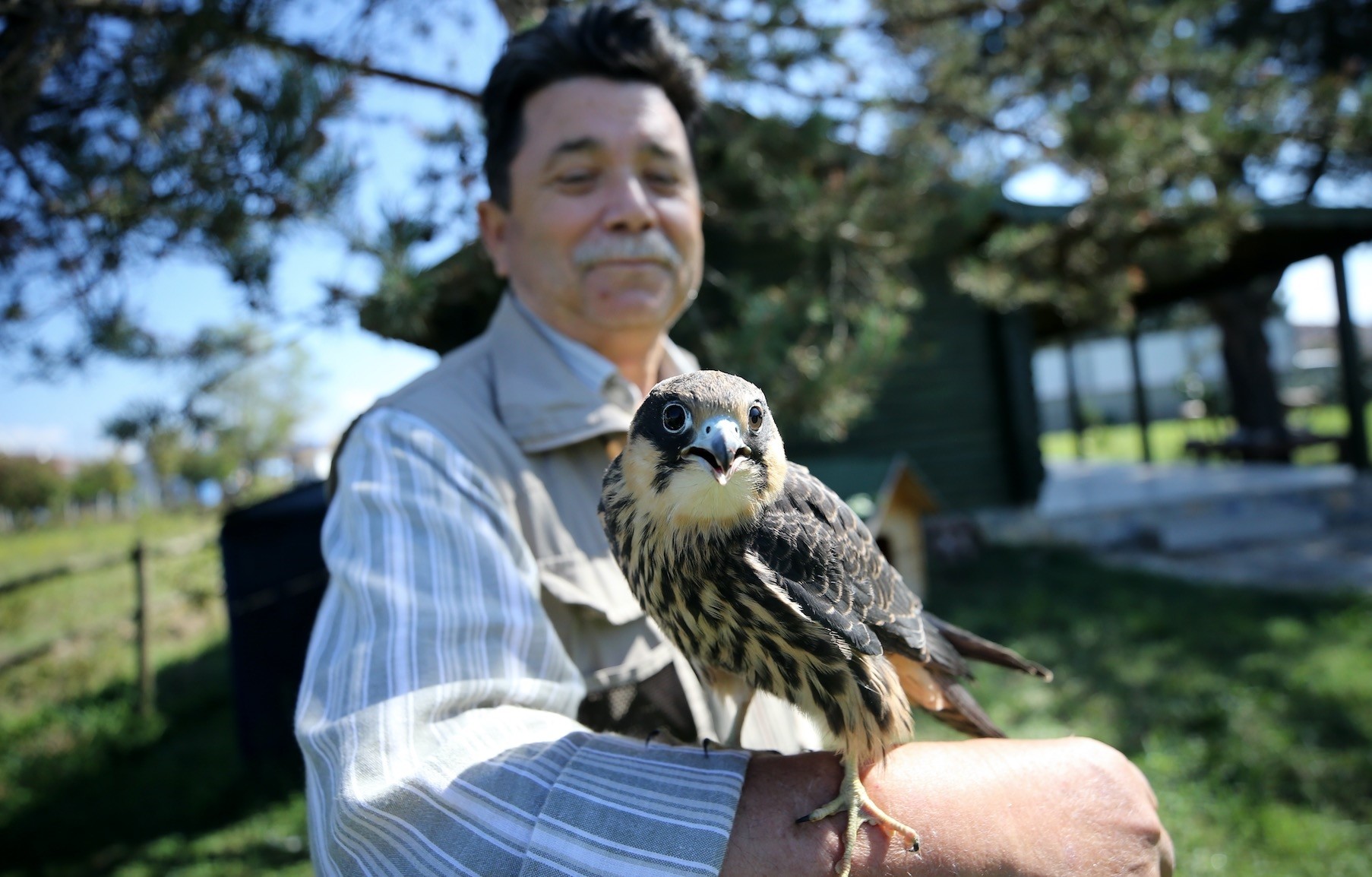 We might share the same planet but it is unusual for a human being to befriend with a wild animal. However, it seems like the odds are in favor of Ayhan Doğru, a health technician at Düzce's Directorate of Nature Protection and National Park, and a hawk named "Şakir."

The story of this interesting friendship started when Şakir the hawk was brought to the directorate with a broken wing. Health technician Doğru cared for the hawk during its treatment. Eventually, the two got used to each other which later turned into a close friendship.

They spend much of their time together at the directorate, but it is time for Şakir to return to its natural habitat.

Doğru dotes on the hawk during its recovery and feeds it with his own hands. "It is going to be sad to say goodbye to a friend," he said.

"The locals found the hawk as a baby. It turned out that it had a broken wing. As the locals cared for it, it got used to people. When it first came here, it still had its baby feathers," said Doğru.

Although Şakir is still small in size, it is strong enough to hunt down a pigeon. Currently, Doğru and the other professionals at the directorate are preparing Şakir for its natural habitat.

"Şakir is with us for the last one and a half months," said Doğru. "The bird is a long away from home. We got close to one another. It understands my call and makes a noise to show me that it does. I am the only one who feeds him. We brought it up."

However, treating wild animals and letting them return to their natural habitat is a common practice at the directorate. Injured wild animals are brought in for treatment and are eventually released in the wild once they fully recover.

The hawk will be treated for three more weeks before it is released in the wild again.

"This is not a pet but a wild animal. It is not supposed to live in a cage. It will be hard to let him go but there is nothing we can do about it," said Doğru.